Back To Blog
3 Reasons to Wear Real Pajamas
28 April, 2016
Clothing

For years I wore what I assume most young men wear to sleep – a pair of old basketball shorts and maybe the occasional T-shirt.

But, as I got older, I decided I wanted to start wearing a little more. Maybe it had to do with sharing my bed with someone, maybe it was because I wanted to stop feeling like a teenager – whatever the reason, I decided to make a change.

And I haven’t turned back.

So today, I’m going to give you my three primary reasons to invest in a pair of real pajamas.

While it certainly isn’t the primary way in which a man should define himself, there is no reason for any man to not aspire to considering himself as well-dressed.

In order to do this, there needs to be real consistency in how he dresses. Otherwise it’s not inherently part of who he is. He’s just someone who occasionally dresses well.

His style isn’t an expression of who he actually is, just a costume he puts on and takes off when it suits him.

So, choosing to dress intentionally, in the environment in which it truly matters the least, is a form of behavior modification. It helps with a mindset shift in which the man who does so truly see himself as well-dressed.

It becomes easier and more comfortable to do so in situations in which it truly matters, because dressing well is ingrained as part of a man’s self-identity.

The Message it Conveys

When I was in high school, I distinctly remember spending the night at a friend’s house.

We were up way too late playing video games and were louder than we should have been. As a result, his dad came downstairs to tell us to shut up so he and his wife could get back to sleep.

As you can imagine in this kind of situation, the route my friend’s father chose was one of stern authority. We were outside the lines of acceptable behavior and he wanted us to know, and even feel a little intimidated to make sure we didn’t cross it again.

Problem was, he was an overweight guy and he came down in nothing but his underwear. Rather than scaring us into quieting down, we thought the whole thing was hilarious.

Both his credibility and authority were undermined by what he was wearing, and it watered down his message to the point where we didn’t take it nearly as seriously as we should have.

While it’s true that most people will never see us in our PJ’s, the times in which they do are often when a man is at his most exposed and vulnerable. Think of an emergency evacuation because of a fire alarm or a burglar breaking into a home.

In these situations, a man’s clothing should be the furthest thing from his mind. But that doesn’t mean it can’t help or hinder his ability to perform more necessary duties.

A pair of pajamas may not be as good as a set of armor, but it goes a long way in helping to curtail any perceived vulnerability or weakness in times when that perception can be crucial.

I know I never really talk about comfort, and I still stand by that for the majority of a man’s wardrobe.

But sleepwear is entirely different. If what he’s wearing isn’t comfortable, it can affect the quality of his sleep and have a major impact on his effectiveness when he’s awake.

By purchasing a pair of quality pajamas – those made from materials designed to increase airflow and breathability, and which are cut in a way to maximize comfort – sleep quality can improve.

Yes a real pair of pajamas can lead to better sleep than a pair of sweatpants and an XL t-shirt.

How to Wear Them

Just because a pair of pajamas is worth wearing, doesn’t mean that they all need to look the same. In order to illustrate this point, I’m going to use three different iterations. 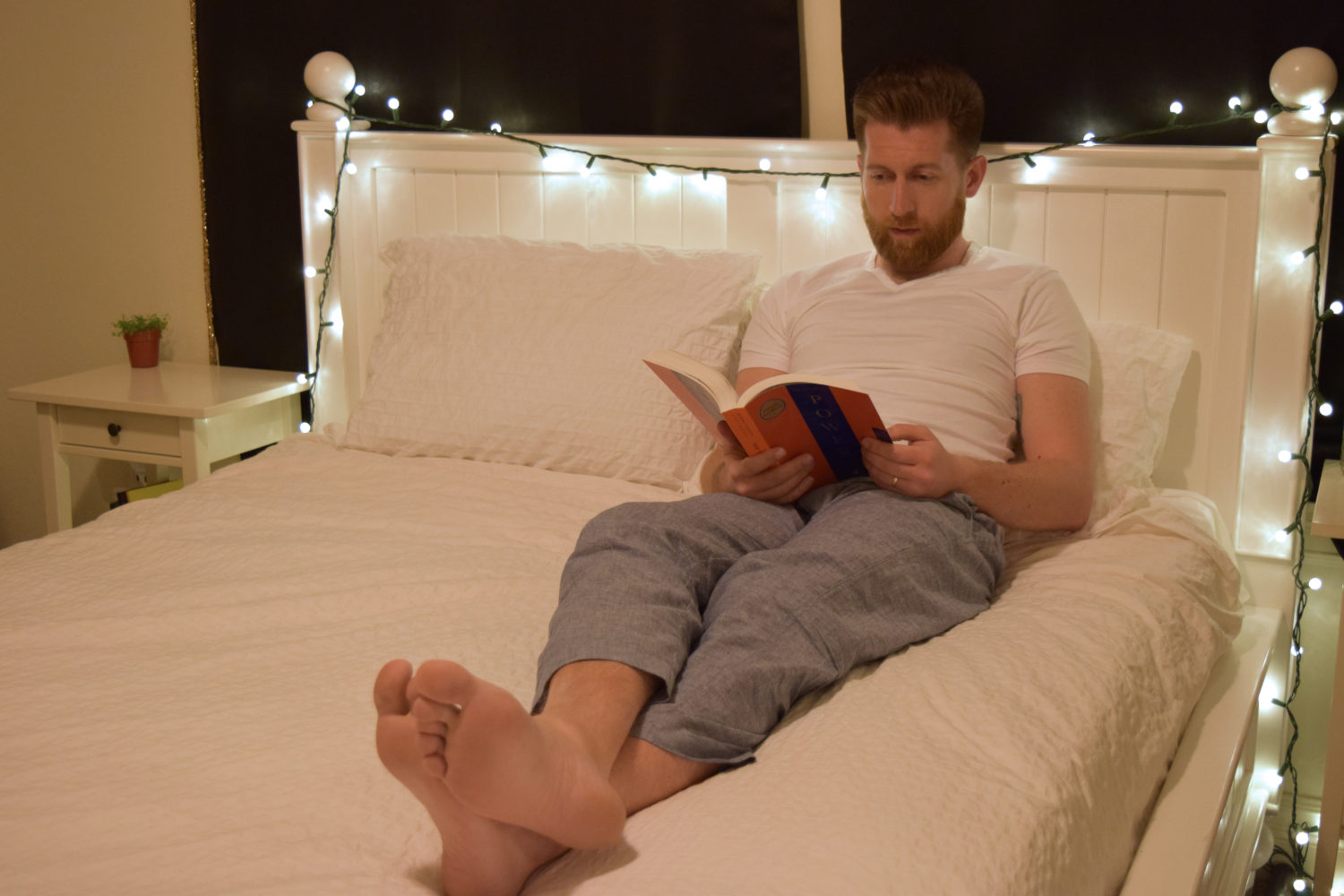 This will be the easiest transition and be the most common.

Take a pair of linen/cotton pj bottoms and a breathable silk-like undershirt – like both of these from Tani.

No one will be winning any style awards for an ensemble like this, but the materials are cool and breathable, and the coverage and style are enough to prevent embarrassment. 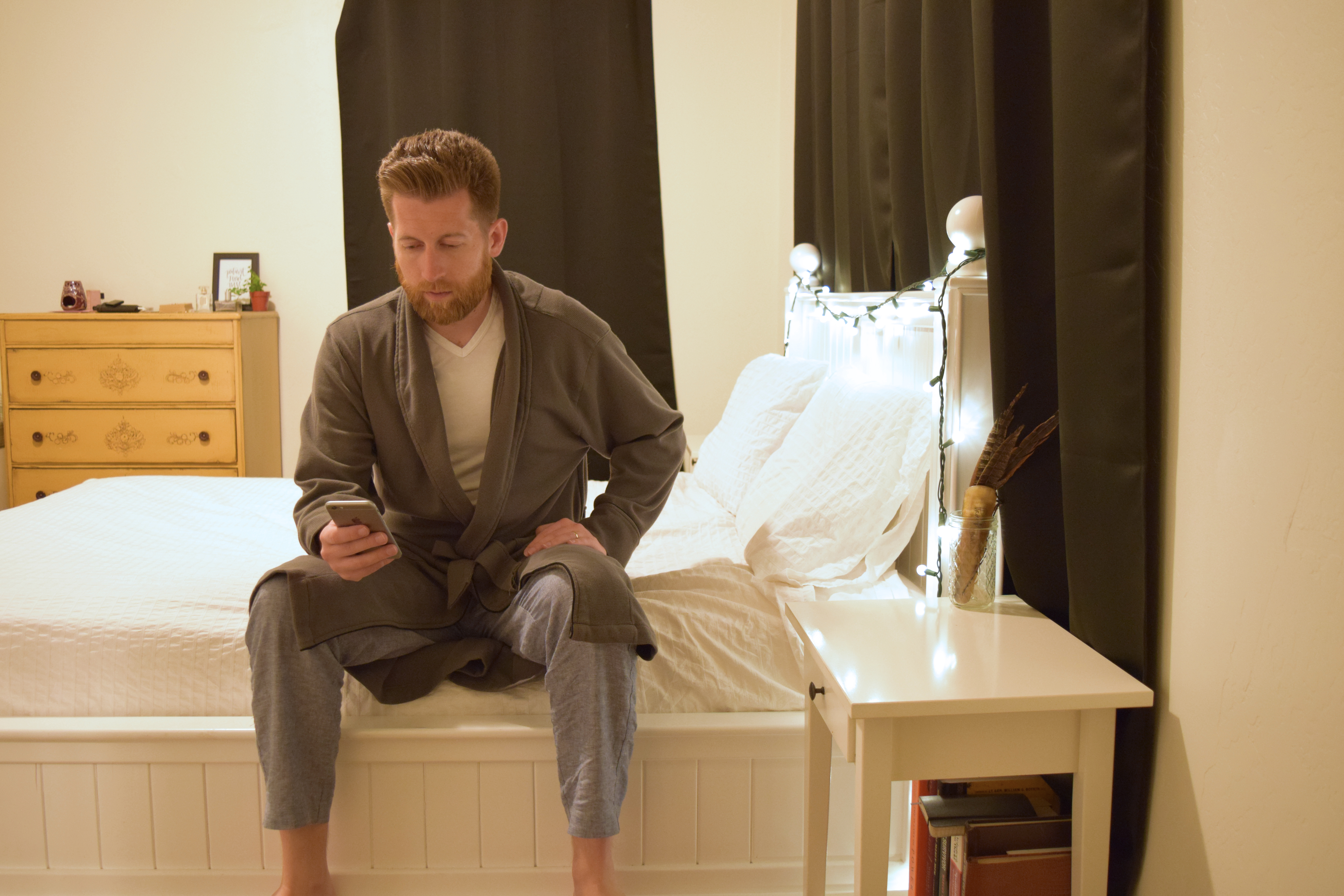 This is my personal go-to throughout the majority of the year. It’s the same as above, but there’s a night robe thrown in.

Most of the time I’m sleeping in the Dude setup, but both before I go to bed and after I wake up, I’ll have a night robe on.

It’s the ideal image for me to present to my family. There’s a bit more intentionality along with a lot more visual power than there would be otherwise. I’m not embarrassed to go out and grab the mail in this getup. 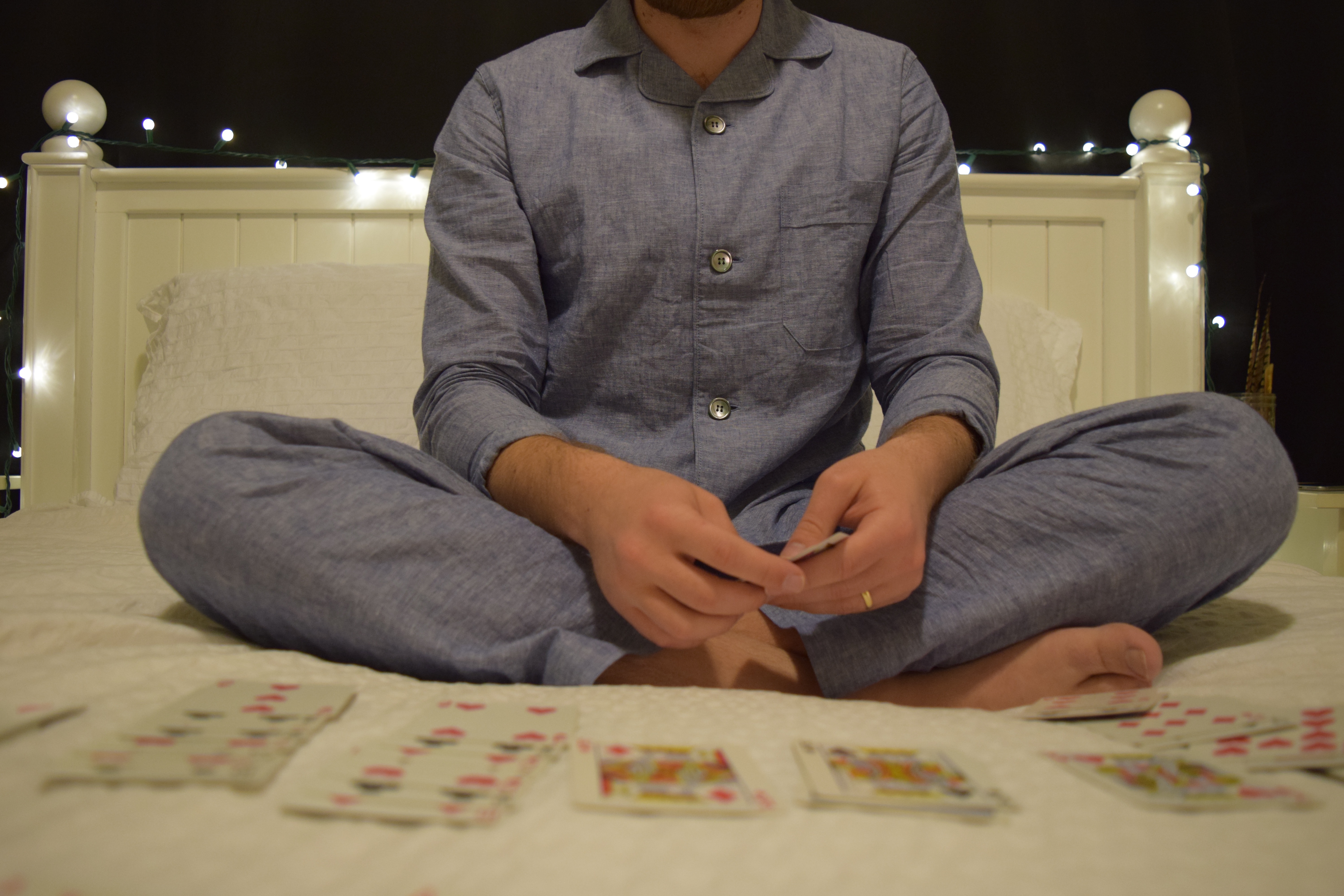 When purchasing a pair of bottoms, it’s better to buy a set as a whole. While it’s not always necessary to wear the full pajama kit, there are benefits to doing so in the right environment.

I choose to wear the shirt in place of a T during the winter months as it allows for more warmth.

However, the majority of the time I’m in this ensemble is when I find myself spending the night with company.

We take the occasional trip with family or friends and this can often lead to shared mornings before everyone has had the chance to get ready.

Both the Dude and the Dad are a little to “at home” for these environments. There’s something about that top layer, the message it conveys, its history and tradition, that end up adding more respectability and authority to the man wearing it.

So whenever I know I’ll be in PJ’s with someone beyond my immediate family, this is my default.

To that end, I’ve worked out a deal for you guys. Other than the night robe, everything that’s been shown in this post comes from Tani, and I have a coupon for you.

Go check out there incredible stuff (I’ve really never owned better pajamas) and when you’re ready to pick them up for yourself, use the code “style25” It will give you 25% off your entire order and help get you feeling, looking, and sleeping better at night.