Big thanks to this post’s sponsor Gant. The shirt featured in this post is from their Tech Prep collection and is my new favorite chambray!

Chambray is a weave that’s been around for more than 400 years. And, while it gained its initial popularity after being adopted by the US Navy in the early 20th Century, it’s really seeing a strong resurgence in the last decade.

This is due to the fact that’s it’s incredibly versatile while still being more unique and visually interesting than a simple Oxford weave.

Here are three ways to rock a chambray shirt! 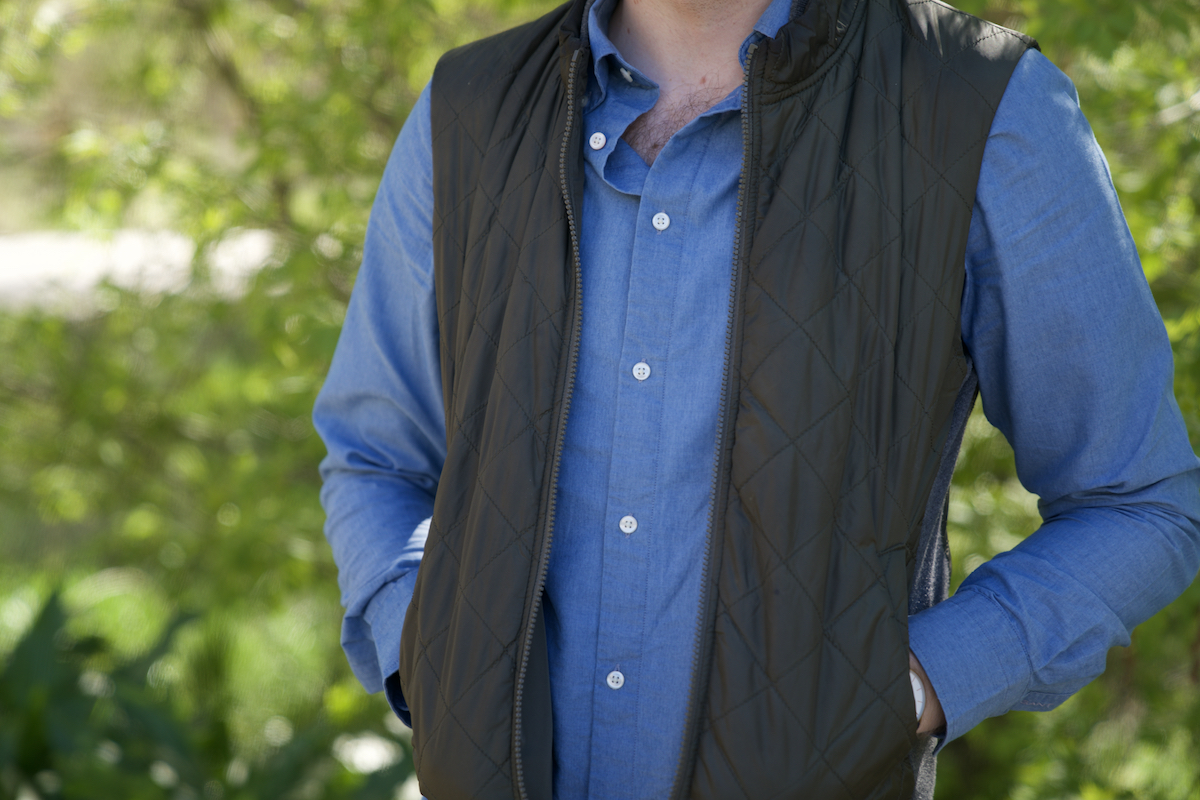 This is the most commonly associated use of a chambray shirt. It looks like denim but wears much cooler – making it an ideal alternative in the warm months of spring and summer.

It’s versatile enough that it can be worn on its own, or as an extra layer over a T-shirt or henley.

The key to making it look appropriate in a rugged environment is making sure the details are dialed in. Look for things like a button-down collar, traditional placket, and maybe even a pocket on the chest.

Not every one of these details needs to be present, but the more there are, the more casual it appears.

You’ll also want to make sure the length of the body isn’t so long it looks silly when it’s untucked. Keep it right between the bottom of the rise of your pants and the top of their waistband and you’ll be set. 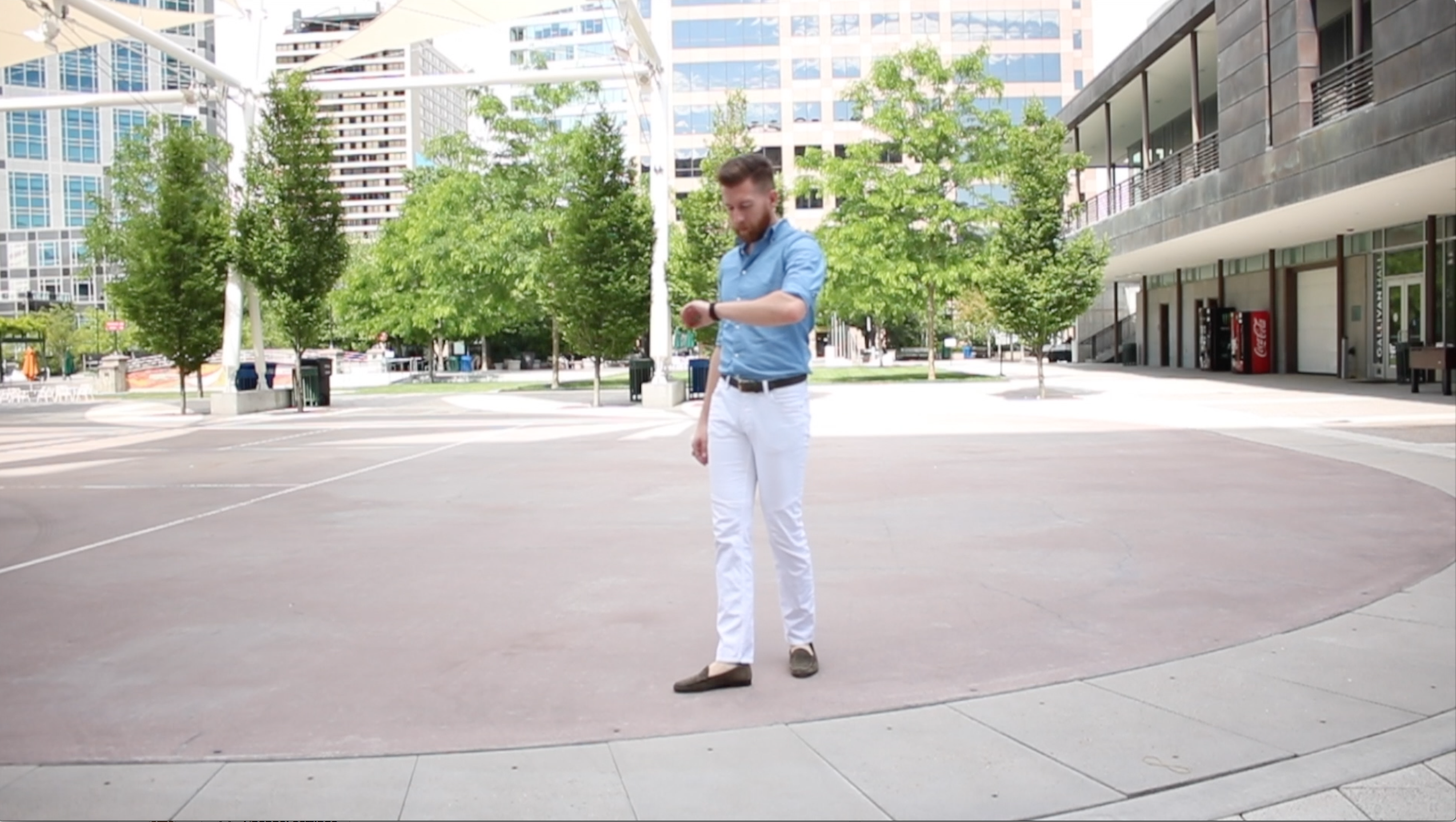 Most men misunderstand a Rakish look.

It doesn’t have to be a bunch of competing pieces that are all incredibly loud and attention-seeking. In fact, the more you’re able to anchor down your statement pieces, the more of a punch they’ll pack.

Take a pair of white chinos as an example. These are pants that men don’t accidentally wear. You don’t see them on the average guy and they certainly require a bit of a go-to-hell attitude to pull them off.

By pairing them with a shirt that’s too loud, the outfit becomes clownish. But when they’re anchored down with a solid item like a chambray shirt, then they still make a statement without looking like a costume.

Finish them off with some loafers and nix the socks and no one will think you’re trying to blend in to the background. 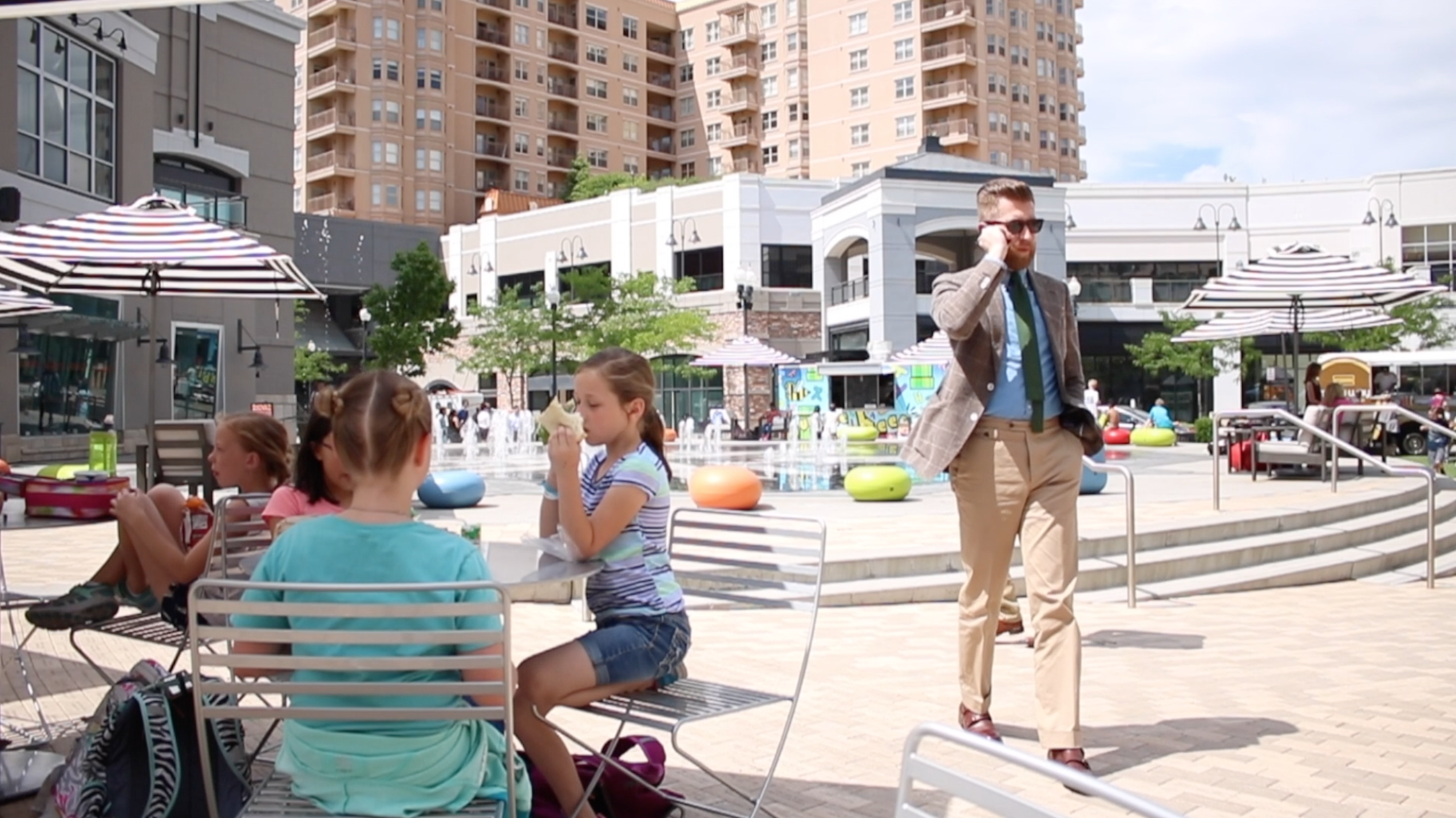 You may think that a more casual, rugged piece like a chambray shirt has no business in a Refined outfit – but you would be very wrong. In fact, chambray is currently one of the most worn items in the sartorial corner of the menswear world.

There’s something about the casual nature of it that makes you look like you’re dressing well because you want to, not because you have to.

However, it’s not just a matter of slapping on a chambray shirt with your favorite navy suit. In order to pull this look off correctly, the rest of your outfit needs to be appropriately casual.

Dark colors, shiny materials, and fine weaves won’t work here. You need to embrace pattern and texture to avoid having the contrast being too strong and making the shirt look inappropriate.

A pair of cotton chinos, with a basketweave sport coat, and a knit tie all are textured and casual enough that they work excellently with the look of chambray

Once you pick one of these up you’ll quickly realize it’s on heavy rotation in your closet. To that end, it’s worth it to buy one that breaths well and easily moves with you – which is exactly what they’ve created over at Gant with the Tech Prep collection. These shirts use materials and weaves that dry quickly, move easily, and wick away any moisture.

Let me know below how you’ll pair yours up!