Back To Blog
Aesthetic and Social Congruence
10 April, 2014
Clothing

Last week I got an email from a client with whom I started working more than a year ago. He’s seen some significant changes in his life and attributes many of them to his efforts in dressing better. Some of the differences were a direct result and others were more indirect. 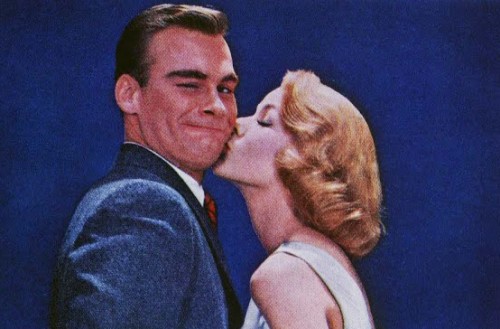 While he was happy to list off all of the great new things (dating a more attractive woman, getting better responses from sales people, increased credibility with his boss, etc.), he also sent me a list of some of his challenges. There’s a lot of insight in what he’s experienced and I’ll be creating posts out of a few of his comments.

For today, let’s start with this:

The hardest part is upgrading your confidence and personality and social skills to be congruent with your style. If you are one of the most dressed up guys in the room, people will also expect you to act at a higher caliber, and like it or not you will be on display. This is difficult because it puts me under pressure and limits my social freedom. And if you don’t bring the charm, energy and personality to match your style, you might end up worse off than if you just dressed sloppy.

Whether it’s transitioning from a student to a working man, getting over a divorce or bad breakup, getting a promotion, or any of the other catalysts, most men find themselves at a stage in their lives where they need to make an active effort to improve. Hopefully this is a part of who we are on a constant basis, but many men struggle with the transition of being a guy who goes with the flow to living deliberately.

Many of us want to be able to improve at our own pace. We believe it will be easier on us if we can transition slowly from who we are to who we want to be. There are entire industries and products built around gradual, controlled adjustments. Things like nicotine patches, training wheels, and rehabilitation centers are all geared around the idea of transitional improvement. It’s why proper training means lifting an increased weight with proper form as a man gets stronger, as opposed to starting with the target weight and slowly increasing the range of motion over time.

However, the merits of a transitional improvement are not universal. Some people are better served by quitting smoking cold turkey, others can only get over a bad breakup or divorce by moving and starting over from scratch. Often the option of a gradual transition doesn’t even exist. We may take new jobs in new cities, lose a family member in an accident, or find out we’re about to have a child.

In these situations we can either capitalize on the primary change and use the momentum to make other improvements, or we can develop ourselves in complementary areas as a way to make the primary adjustment more smooth.

My friend Mike just got a new job. He’s gone from working as an artist with video game and illustration companies to something a bit more corporate. As a result, his band shirts, black jeans, and skate shoes are no longer an appropriate work wardrobe. Mike could just head to Wal Mart and pick up work-appropriate shirts and slacks. However, even though these clothes would be appropriate for his new job, their cut, fit, feel, and aesthetic would diminish the way he feels about his new position and also subtly work against him in regard to establishing credibility and respect with his new boss and co-workers. Instead, Mike is better off spending a bit more time and effort in building a work-appropriate wardrobe that looks, feels, and fits great. His confidence will rise, as will the respect he commands from those around him.

Another friend, Greg, is getting back into the dating market after a two-year relationship with a girl. He’s a successful man who makes a solid income and keeps in great shape. He recently sent me an email asking for advice on some clothing because he realized one day that his cargo shorts make him look like a 17-year-old boy. While he’s confident, charismatic, successful, intelligent, and funny, the women he seeks out will only see a man-boy who’s still trying to hold onto his glory days of high school and college. By improving his wardrobe, he’ll have an easier time transitioning back into the dating market and will attract more attractive women who have more and better options in the dating pool.

Obviously both of my friends’ lives can be improved by improving their style, but their self-improvement (just like all of ours) will demand more than that.

To my client’s point, sometimes the change in a man’s style is the catalyst that demands change in other aspects of his life. Rather than having a wardrobe improvement be a reaction to existing changes, improving his style can be a change that forces a man to better himself in other areas. Over and over again we’ve hammered home the idea that a man’s style is the first method he uses to communicate who he is to the rest of the world. If his aesthetic tells the people around him that he’s a successful, confident, competent man, and his attitude, accomplishments, sociability, and body language say otherwise, the people around him will resent the inconsistency.

Weak men will use this demand for consistency as an excuse  to maintain their aesthetic inertia. They’ll tell themselves they’re being true to who they are and it’s fake or try-hard to up their style game. However, men who are serious about making the most of their lives will use it as a protective tool and even a bumper.

One of the most common comments I get from my custom suit clients is that a well-fitting suit is a new incentive for them to stay in shape. They recognize how expensive and wasteful it would be to invest money in a garment that was made for them, only to have their body change and negate the effects of the suit or their ability to wear it altogether. The suit becomes a yardstick by which they can measure and maintain their physical shape.

The same can be said of a man’s style in general. One of the reasons the unmotivated dress like complete bums is because it’s congruent with their aspirations and work ethic. It’s much more difficult for a man to allow himself to slack in other areas when he maintains the self discipline to dress well.