Back To Blog
Anchoring Your Style
24 September, 2015
Clothing

This is not a new concept and I certainly won’t pretend I’m the one to have created it. However, I’d never heard it given a term before.

Anchoring is using a more subtle piece of one’s wardrobe in order to tie everything else down and prevent it from getting out of hand. 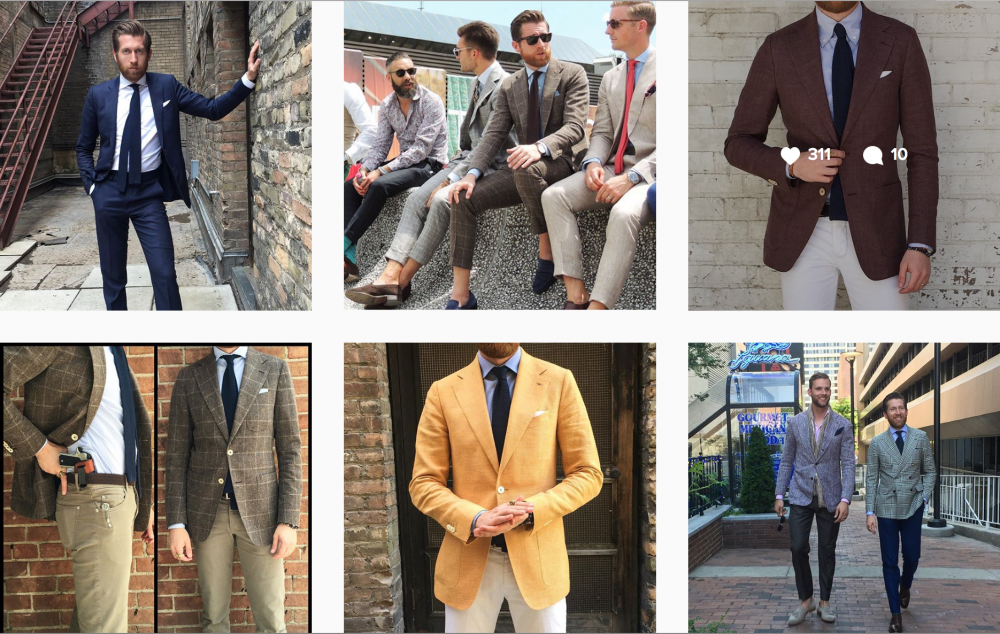 I’ve been experimenting with this quite a bit this summer. Most of my suiting commissions this season were items that definitely did not function as anchors – massive windowpanes, double-breasted suits, yellow jackets, and others.

In order to properly subdue these bolder pieces, I wore primarily white and blue solid shirts and almost exclusively one solid, navy knit tie. It works with everything I own and is very subtle – thereby anchoring the rest of what I wear.

Anchoring is a valid concept for men because we want people to pay attention to our faces, not the just the clothes we wear.

A man in a navy suit, white shirt, and solid tie will have a face that is much more interesting than his ensemble. Same goes for the guy in dark jeans and a white T-shirt.

However, take those same men and put the first in a loud glenn plaid suit with a bold windowpane, a gingham shirt, and a garish foulard tie; then put the second in a pair of moss green jeans and an Affliction T-shirt. All of a sudden their faces aren’t that interesting and become the least noticeable parts of their appearance.

Anchoring is typically accomplished with larger, more commonly worn, more expensive, and more versatile items – which makes sense because these items provide the most bang for an anchor’s buck.

It’s why the first suits a man should buy are navy and grey and why solid T-shirts are more preferable than their screen-printed counterparts.

In fact, when a man starts to build his wardrobe by procuring the Staples, I recommend each of them be purchases in a color and pattern that makes it an anchor.

There’s nothing wrong and nearly everything right with having an entire wardrobe that consists of nothing but anchoring items. However, some men (especially those who lean towards the Rakish Archetype) like to embrace a fuller, more vibrant wardrobe and will begin to purchase items which are not anchorable.

The best way to move beyond the basics is to choose louder, more memorable colors and patterns in smaller and cheaper items. Shoes, ties, pocket squares, watch bands, shoe laces, jewelry, and myriad other pieces can make a big difference in subtle ways.

Moving up from there would be items like shirts, pants, and jackets.

And the granddaddy of all would be moving to complete head-to-toe items like suits in more memorable and colorful variations.

Regardless of how bold any particular item is, a complete outfit should always have some anchoring. Hence my simple shirts and ties for my bolder jackets and suits.

Play around with it, experiment, and have some fun.