Back To Blog
Black Ivy Style
4 January, 2016
Clothing
Today’s post was written by Letroy Woods – the curator of Man Becomes Style. Our political and social positions differ strongly, but he takes an excellent approach to helping black men draw from their heritage, culture, and identity to create a unique, intriguing style.

What in the world is Black Ivy Culture, WASP’s, and Preppy style? Black Ivy League is a conversational phrase referred to the historically Black colleges in the United States that appeals to African­ American students prior to the Civil Rights Movement in the 1960’s.

Other related groups are Little Ivies, Public Ivies, and Southern Ivies. If you’re unfamiliar with the term WASP, it’s an acronym that stands for (White Anglo­ Saxon Protestant).

The term isn’t a practical;. It refers more to an inner circle of a high­-status dominant group of White Americans.

You may be familiar with the preppy style. There are many similarities between preppies and
WASPs. 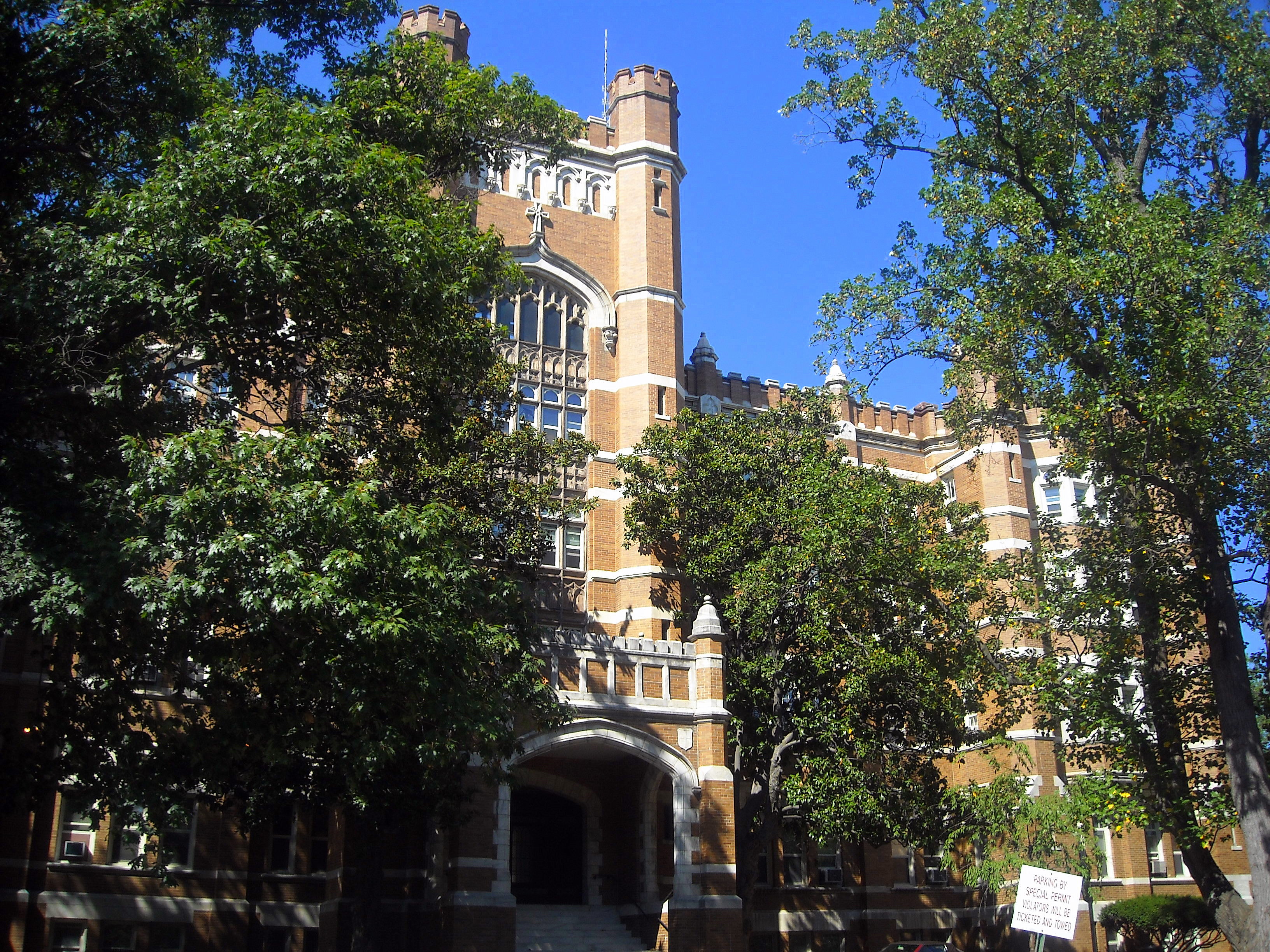 The rich kids, jocks, and the people who were insanely popular were of the many who adopted these looks. They set themselves apart with the way they dressed. WASP’s were considered to be in the top 1% of the population that had a major influence in business, arts, banking, and academia.

WASP’s were stereotyped as being uptight, closed-minded, and cold-hearted.

More interesting is how African­ American men, during the Black Ivy League times, adopted the WASP and preppy style of dress and made it their own. 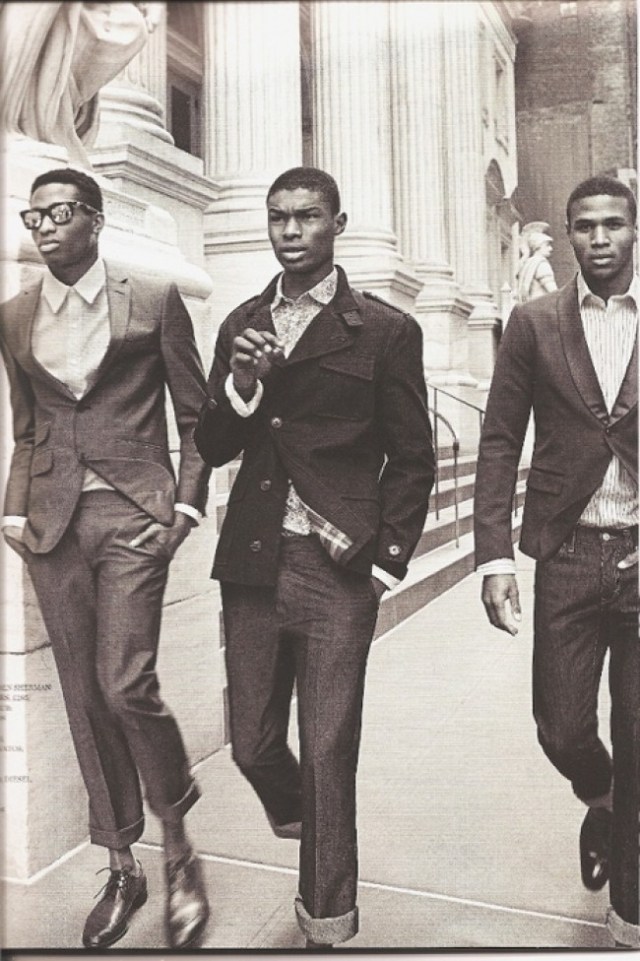 Style has always been profound for Black men. The relationship between fashion and its identity for Black men is unique. Style has been a way to defy stereotypes about who they are.

African­ American men’s confidence in clothing goes back further than we realize.

In South African customs they have a practice known as “swanking” where migrant workers who were forced to live away from their families, got together on weekends in tailored suits to compete for the best dressed.

This provided a means of feeling better about one’s self. Nonetheless the swagger, strut, and edginess black men bring to fashion brings interest to everyday menswear.

The Black Ivy Culture looks are compilations of mid-century style with African­ American focus on image, self representation, and fashion of historical black colleges known as Black Ivy Leagues.

What constitutes Black Ivy looks? Wingtips and loafer shoes, letter sweater, ties, button-down oxford shirts, blazers, desert boots, and tweed sportcoats were among the among the many articles of clothing worn by Black Ivy League students.

Between the 1930’s and 1960’s segregation was still very alive. Many black men once they got to Ivy league colleges changed their styles to look more preppy and fit in. They sensed their surroundings at Ivy league had expectations of a more business professional attire.

Black men’s dominance over Black Ivy style didn’t happen by chance or overnight. It’s something that’s been assembled over many years to set themselves apart from everyone else.

Preppy fashion was adopted from the fashion of these schools. 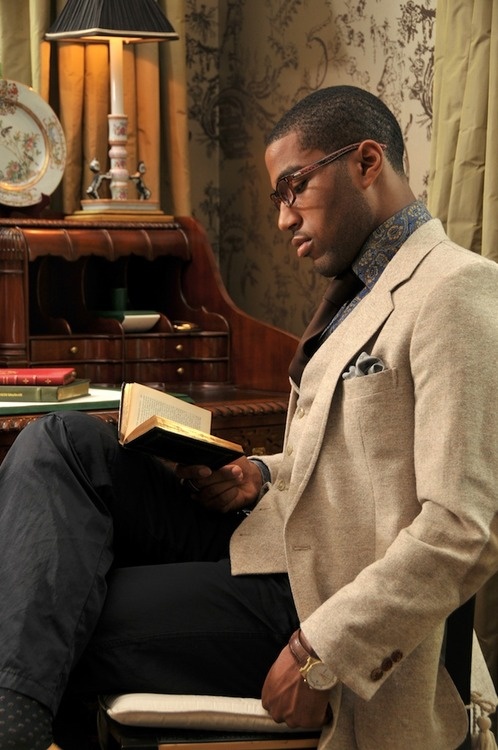 Preppy men have a sophisticated and Refined look to them. They always look their best, and their face appears to be as clean and smooth as a babies bottom.

Blazers add a sense of class to the style, and don’t forget to iron your clothes to perfection, because that is what prep style is all about. Hair should be spot on and groomed respectively. You will not find anything lazy about preppy men’s style.

The word preppy comes from private and University preparatory or prep schools that were where middle to upper class students attended.

The preppy look might be thought of as a trend, in reality it’s a classic style that will be around forever.

Preppy style and the clean cut looks we know and associate them with were a result of WASP culture. In today’s world WASP ways and ideas can be taken up by any individual of any race.

Most have not heard of WASP’s, but are more familiar with the clothing style of WASP’s which was that of a Preppy nature. Preppy would be the term used today to understand what a WASP is.

Why Black Men Have More Swagger

The use of the word swagger or (swag) goes back a ways, but more or less it means: Displaying a dominance over others as if they are your lesser.

Black men have had many hardships in their lives. There is a growth process that happens during trouble and suffering. One learns something during this phase. Black men have developed a swag and confidence through their life situations.

Swagger is a man’s attitude. Men with swag stand out from the crowd. Swag and Style are in company with each other. Which brings us to the Black Ivy culture, WASP, and preppy styles.

Having a chiseled style shows the people around you that you have a sense of confidence and appeal that attracts others to you.

A Black man’s swagger is not all in just his style; yet it is how he has learned to handle himself. He has realized that we spend a great amount of time in our clothes and how to make them work for him.

Exploring this topic from many different angles kept pointing back to history. From Black Ivy Culture, to WASP’s, and preppy style, African­American men learned to examine themselves.

Confidence and the tenaciousness to overcome the things that weren’t easy pressed the black man to become more than he believed.

Therefore a black man’s swagger was born. There is a different confidence and edginess a black man has with their style.

African­ American men have had to overcome so many adversities, and clothing has been a form of expression­ a way of making their mark in the world during difficult times.

The next time you think of a WASP, Prep, or Black Ivy culture you will understand why the black man tends to highly regard making these styles look better than the average man. And do it with a swag that only he can do.

To read more from Letroy, check out Man Becomes Style.