Back To Blog
Clothes That Attract Women
5 May, 2017
Clothing

Those of you who have been following me for a long time will know that is a glaring omission from what I cover and the truth is that it’s on purpose.

There’s a lot to this and I’m going to take my time with this, so let’s get started.

Also, you’ll probably not like some of what I share in here. That’s fine. Just don’t respond emotionally and instead, tell me what you disagree with and why.

Before we can dig deeper we need to first work from the understanding that – when it comes to relationships – there are two primary things men and women are trying to signal to each other.

The first is Attraction and the second is Comfort.

Notice that those traits don’t conflict with each other. 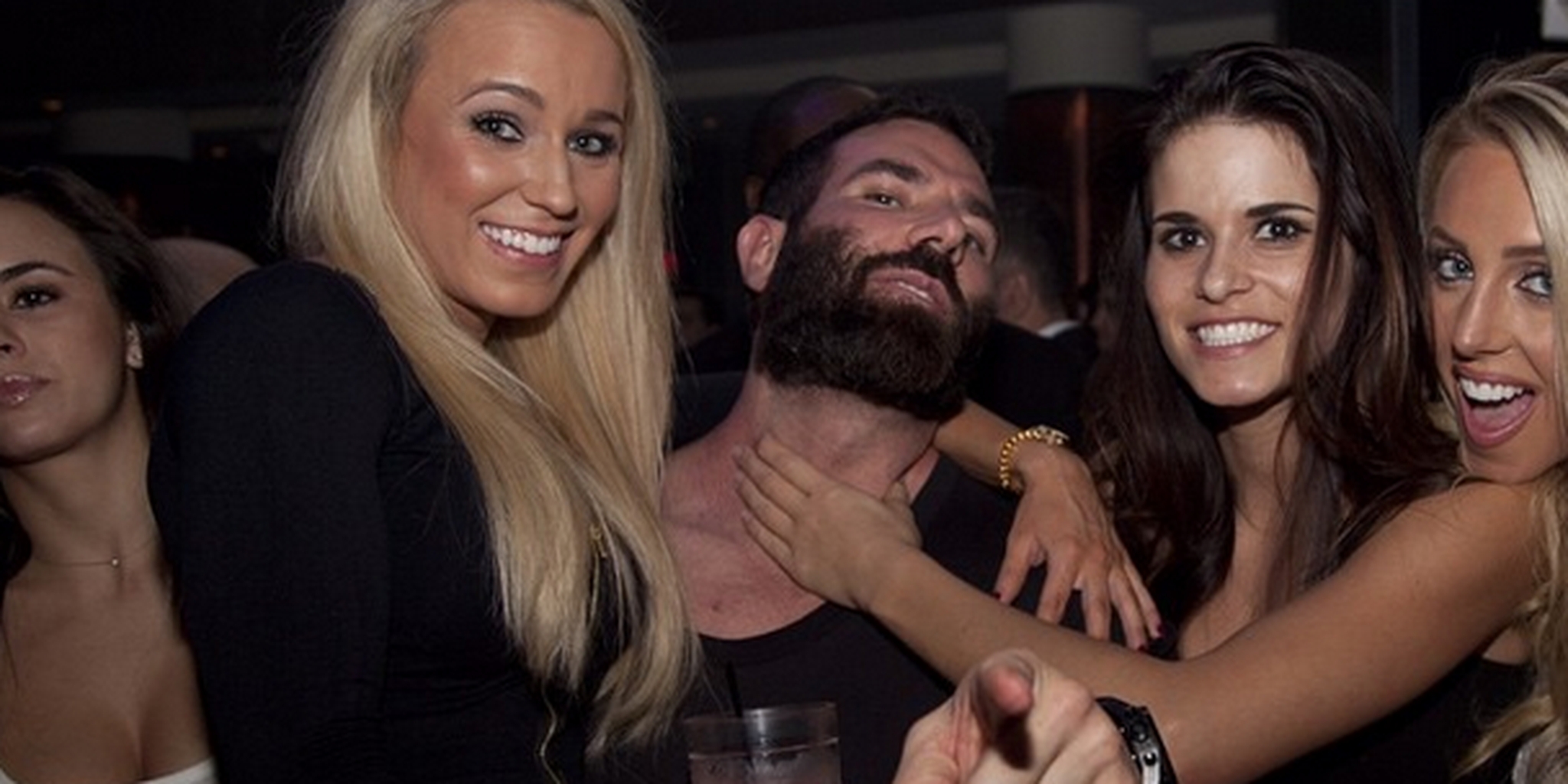 There are men who have all Attraction and no Comfort. Typically they’re only out for number one and they also happen to be surrounded by a lot of beautiful women. 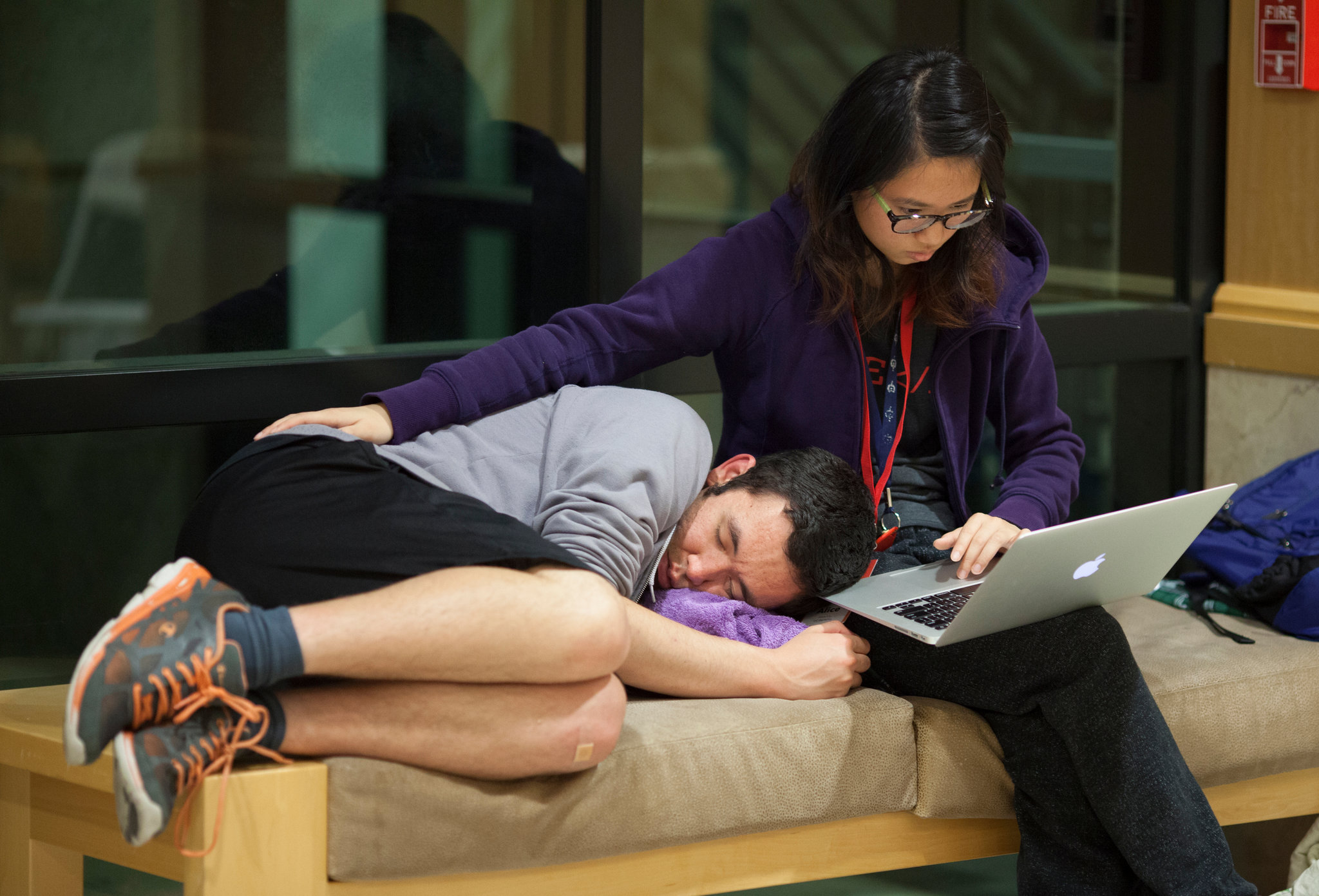 There are men who are all Comfort and no Attraction. Typically they’re weak-willed doormats who end up being taken advantage of by the rest of the world. They also very rarely end up with a woman at all, let alone an attractive one.

All attraction with no comfort is great for hedonists but it’s awful if you’re trying to establish a long-term relationship or marriage.

All comfort with no attraction is awful. The best-case scenario is a long-term relationship in which you’re more like roommates than a couple

Most nice guys go for all comfort and no attraction. Most bad-boys are all attraction and no comfort – think of the difference between losers and PUA’s.

The problem with signaling nonexistent status is that eventually you get found out. This is the main play of the PUA community, and it works for one-night stands, but you can’t keep up a charade like that long term.

Yes there are overall things that are relevant to general attraction – things like a good physique, deep voice, strong body language, and a commanding presence that all cross cultural and historical lines because they’re biological manifestations of genetic fitness.

This is why there are general standards of attractiveness – for both men and women.

Those relationships that don’t work out often are because either the man is lower status than the woman (think of clingy, desperate guys who never get over a girl) or because the man is so much higher in status that both he and the woman know he attracts more beautiful women and could have relationships with them if he wanted to. 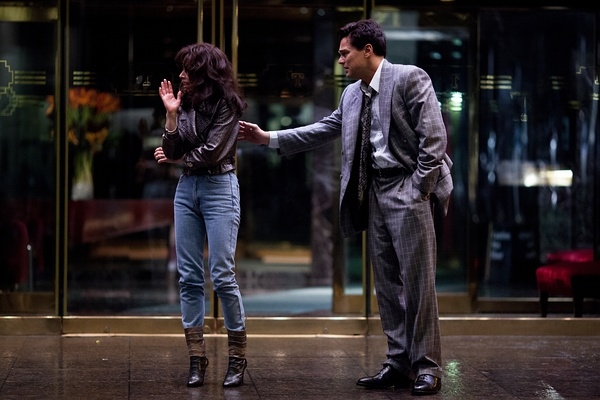 Yes all of these things can be balanced out and mitigated by traits of comfort and moral codes, but from a purely attraction-based standpoint, that’s the reality most men deal with.

So, if we know that status is the primary Attraction standpoint for men, what does that have to do with clothing, and why don’t I talk about using clothes to attract women?

The first question is easier to answer. The reality is that clothing is always signaling status.

Think of the military – a tribe with a very hard hierarchy and how clothing is used to indicate rank and achievement. This is done through patches, medals, pins, and other articles of clothing.

Or consider a suit and how it’s an overall indicator of status in the Western world – especially when worn correctly. It signals that you don’t have to work with your hands, you have access to financial resources, and – if it’s a nice suit – that you have the time and mental capacity to develop a sense of taste and express that through your clothing.

Think of the cut of a motorcycle club. The men in the gang have to go through a lot to earn the right to wear that jacket and they do so with pride. 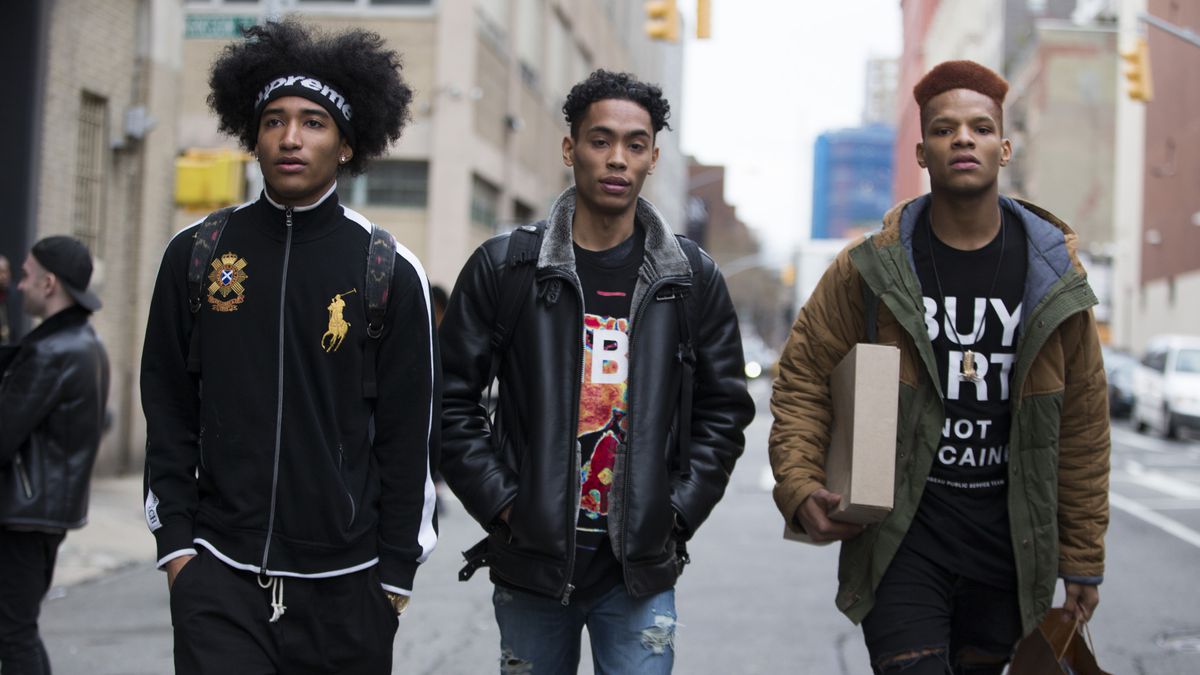 And even just being on top of a trend is a way in which we subconsciously signal status. Those who are higher up will create a trend, those in the middle will be early adopters, and those at the bottom of the totem pole will be the last to catch on – which means that trend is no longer a visual means of separation and those at the top will start all over again.

You want to accurately signal your own position within your relative social hierarchies and even dress in a way that’s aspirational, but you don’t want your clothing to lie about your status

This is why young men in suits often look so dopey. It signals to the world a lack of social fluency first because they’re trying to signal overall status when they haven’t earned it. They don’t have age, wisdom, experience, or finances on their side. So they’re telling a false story to the world in general. 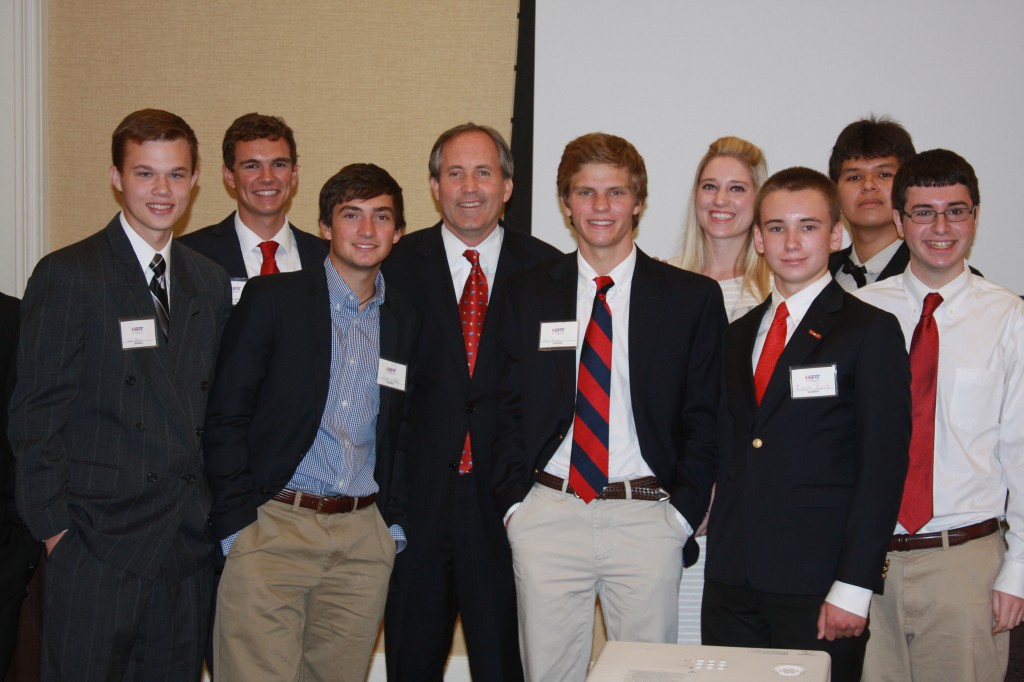 Secondly, within their own subculture, there are very few tribes that embrace young men wearing suits. So, it shows an inability to understand clothing in the context of their own groups and cultures. If suits were common on high school or college campuses, then different variations of them would make sense and would be more popular.

It’s kind of like thinking the best way to pound in a nail is with a fishing rod. Sure both are tools, but they’re intended for VERY different jobs.

Which brings us around to the final point – who determines what constitutes high status?

The simple answer is that it’s other men.

That’s politically incorrect and socially inconvenient. But, in the vast majority of tribes and cultures, men have evaluated the worth and value of other men.

Women confirm and reaffirm status once it’s been achieved. But the standards by which its gained are determined by men.

Ancient tribes granted status to those who could contribute to the overall benefit of the group – whether that was through leadership, courage, fighting ability, or mastery in a field. In fact, Donovan’s four tactical virtues – courage, strength, mastery, and honor are all yardsticks by which men measure ourselves and each other. 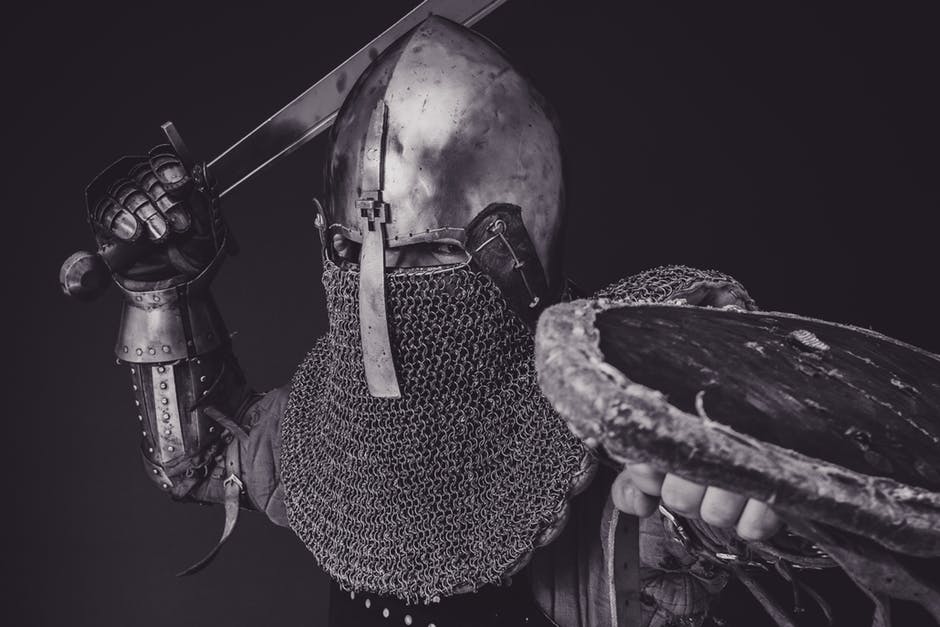 Those who measure up well and are respected by other men within the tribe, will have the status necessary to attract the more beautiful women – which reaffirms their high status and perpetuates the cycle.

Those who don’t measure up will be shunned by other men and, therefore, by the more attractive women in the group – which reaffirms their low status and perpetuates that cycle.

You may be thinking of exceptions to this and there are some – kind of.

Take for example the lone-wolf who doesn’t want or need the approval of any other men. From a tribal standpoint his status is so low he’s not even a part of the group. So then why do these men still attract beautiful women?

Because they have all the other traits of attractiveness. They’re confident, charismatic, physical specimens who are powerful and dominant

Whereas loners who don’t have those characteristics are at the very bottom of the social barrel. They don’t belong to a tribe, nor are they powerful enough that they can thrive on their own – they’re the outcasts that no one wants anything to do with.

From a style standpoint, it becomes fairly easy to see that dressing to attract women is often a false and limiting goal. By making finding and getting a date/girlfriend/wife your primary purpose, you’re subtly and subconsciously signaling low status. You’re granting tribal primacy to Attraction instead of Power – the main prerogative of women within the tribe.

Our modern world may be changing this paradigm, through things like feminism, the outsourcing of tribal protection to governments, and technology that minimizes the physical differences between the sexes – but it still exists both culturally and biologically and affects our lives today.

However, if I help you dress in a way that prioritizes power and/or status – either so you appear to have more or you feel like a more powerful man – then you get those benefits, along with being attractive to women