I’ve received a number of requests in regards to what colors are best for what type of man. This is a difficult subject to navigate as it depends on things like the hue of your skin, how tan it is, what your eye color is and the exact shade of your hair. Given all these variables, it’s pretty easy to see that there are quite a few combinations. All that being said, there are some basic rules to follow that will give you an idea of what your contrast type is and how you should play to it.

Men with a stark contrast are those with light skin tones and dark hair. The vast majority of Japanese and Chinese men will find themselves in this category. The same goes with our lighter-skinned friends from South America. A man with a stark contrast needs to wear contrasting clothing in order to properly frame his face. This includes black, dark grey, charcoal, and navy suits with white or cream shirts and bold ties.

Jon Hamm of Mad Men fame is a good example of a stark contrast. His skin is light and his hair is very dark. Compare the two pictures below.

In the one above all the colors are too light and too similar. As a result, his face looks pale and wan. Compare that with the picture below where there is good contrast between the jacket and shirt. This draws attention to Hamm’s face instead of clothing and  – in spite of the goofy look on his face – makes him look more healthy and vibrant.

All but the lightest-skinned of black men will find themselves in the Stark Contrast group. This would seem to contradict itself as the relationship between their skin and hair color is similar but, when you put a white shirt on a black man, there is no way to avoid a stark contrast. As a result, you men should follow the Stark guidelines when wearing a white shirt. You can get away with the Muted rules, when wearing anything else. You have a lot of leeway here so take advantage of it.

The vast majority of men, including Hispanics and Southeast Asians will find themselves within this category. There is an obvious contrast between hair and skin tones but not nearly as much as can be seen with the Stark men. We who fall into this category still have our own limitations depending on exact skin tone and eye color, but we also have more leeway than Stark and Muted men. We should wear medium contrast items. This is why I look better in a blue suit with white shirt than a black one. We can wear colors that contrast but we are also capable of looking like clowns if we take it as far as Stark men.

Clint Eastwood is a great example of a Middle Contrast. I couldn’t find any bad pictures so just learn from the good.

This is the group that is the hardest to work with for color. Most blondes and redheads will find themselves in this category. I recommend muted men go with grey and tan suits as often as possible. It lessens the contrast between the suit and the white shirt and helps frame their faces better. With casual clothes, they will want muted tones and no major contrast between shirt and pants or anything else.

Kiefer Sutherland dresses to his tone and wears clothes that make the viewer see him. He also manages to look healthy and strong. 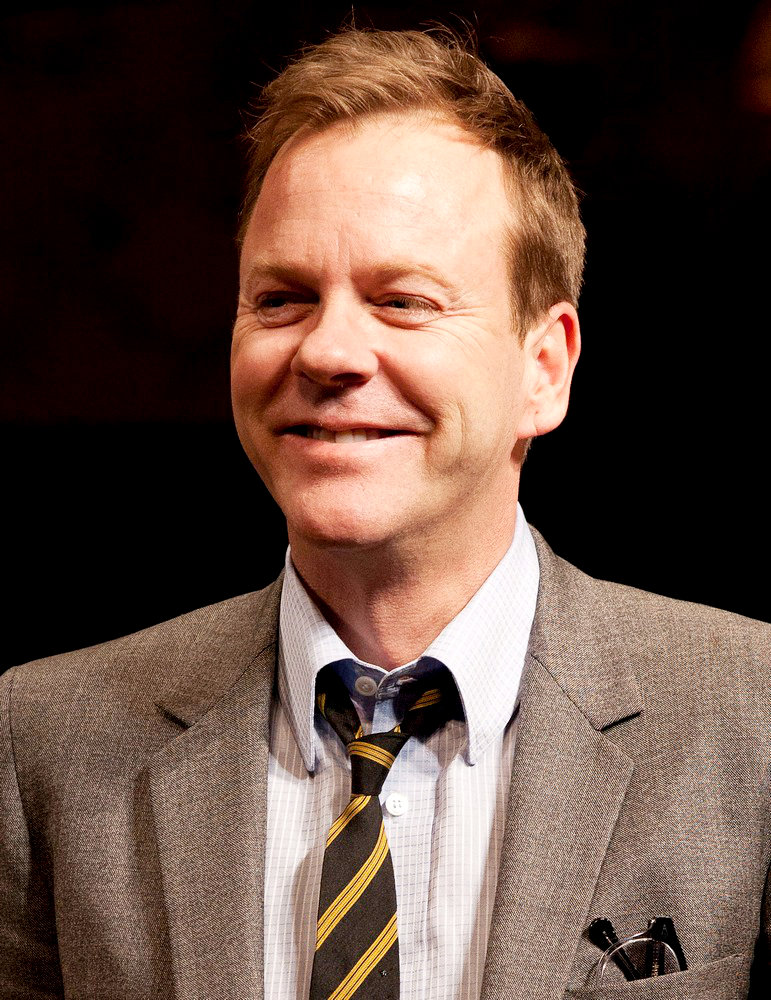 Compare the top picture, with muted colors to the bottom that has deeper shades. In the top you look at Sutherland’s face, while the bottom makes you pay attention to his clothing instead.

As men age they begin to fall into the Muted group. Silver hair against light skin leaves little contrast so older men should adjust the wardrobes accordingly. Muted men can still wear color and contrast, it just needs to be less so.

John Slattery has done a number of shoots with GQ and they always put him in grey suits with light colors, and he always looks good.

Again, this is just a basic guideline for men. While all of us fall into one of these three major groups, there will be variations within that. Pick up a copy of Alan Flusser’s dressing the man, do a Google search based on your skin tone, or send me a direct email to get more specific ideas for how you should personally work with color.