Back To Blog
Don’t Become a Cartoon Character
12 March, 2014
Clothing

When I was six years old my entire extended family on my mom’s side took a collective trip to Disney World. Looking back, the only real memory I have from the experience is being so tired and jet lagged that one of my brothers and I fell asleep face first in our personal-pan pizzas from Pizza hut. If only cell phones and their attendant cameras had been around then, right?

While I don’t have any permanent moments from the trip, other members of my extended family all have varying things. One family in particular had hand-drawn caricatures in their hallway for years. They were the kind seen fairly often at carnivals and amusement parks. The artist did a quick sketch that got the basic proportions of each person correct and then over exaggerated one or more of their key features. If the person’s face wasn’t unique enough, then the artist would typically insert a drawing of them performing their favorite activity. 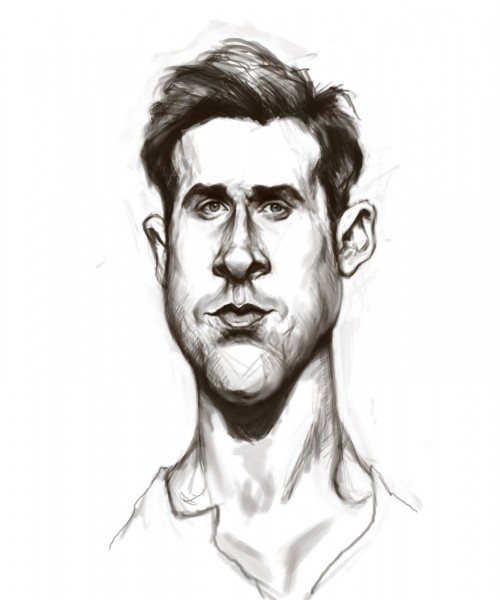 Obviously in the correct context, these things can be a lot of fun. We may be self-conscious about our long necks, large noses, or odd face shape, but when we see it depicted so well and so cartoonishly, we can’t help but relax our self image a bit.

However, in the wrong setting, an over pronunciation of any attribute can serve as a distraction. I’ll give you an example from my own recent experience. 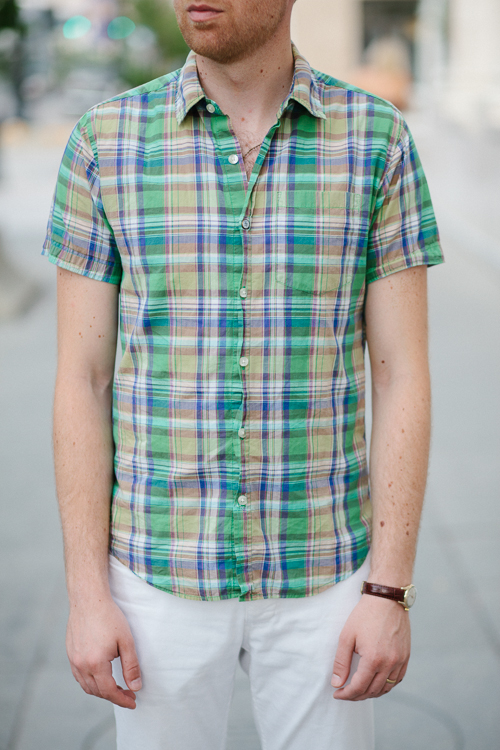 I’ve had a beard off and on (mostly on) since 2007. I look like I’m 15 without it and it helps to define a non-existing jaw line for me. I’m lucky enough to have a full beard that comes in evenly and well. Up until last October, I’ve always worn it short and well-trimmed. I worked in a more corporate environment and never really had the inclination to allow it to grow past the horrible itchy phase. But, for some reason this last fall I decided I wanted to grow it out.

At first no one really took notice. The change was subtle enough that it had to get pretty long to catch on. However, after a month’s worth of growth beyond my usual trimming, it started to get a lot of positive comments and reinforcement. I posted this picture on Facebook: 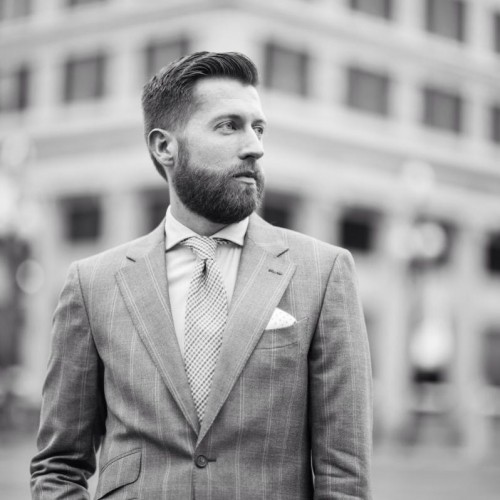 quite a few old friends came out of the woodwork to tell me they liked my beard. At that point I enjoyed the compliments almost as much as I enjoyed the underhanded comments I’d get from my mother (it doesn’t matter how old I get, I still love getting a reaction out of her). I was past the point where it itched, and it became something I was comfortable with. I enjoyed the contrast of a full beard against the sharp lines of my haircut. It was a good mix of Rugged into my normally Refined and Rakish aesthetic.

So I just let it keep going. It got long enough that I started to need to shampoo and condition it, use a beard oil (review coming soon), and even have my barber trim it and give it shape for me when he cut my hair. 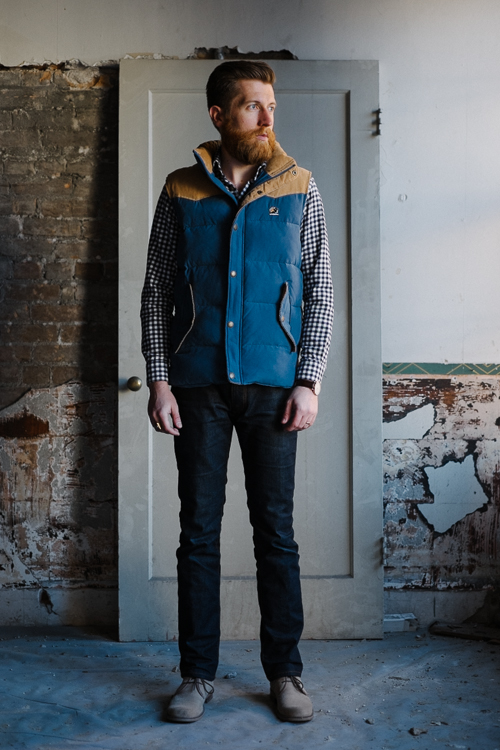 It got so long and curly that I started to look like Cthulhu. At one point the responses from people changed. I became the beard guy and it completely overshadowed everything else about me. It started to affect my relationship with clients at work, friends and family, and even casual acquaintances. Don’t get me wrong, it’s not like people started to talk down to me or criticize me. What they did do was start seeing me as just a beard. It became a topic of conversation every time I spoke with someone I hadn’t seen in more than a week. It was a distraction for other people and an overbearing character trait for me.

I had become a living, breathing version of the caricatures done at Disney World. The rest of who I was had started to turn into a simple back drop for my beard.

This isn’t to say there’s anything objectively wrong with a long, full beard. Nor is there anything wrong with pushing the envelope of a man’s own comfort zone and that of those around him. The breaking point for me was when it became the most dominant part of who I was to most people beyond my close family and friends. I was the “beard guy.”

In the past I’ve written about how to dress when a man wants to be the focus of attention and how to dress when he wants his clothing to be the main draw. My beard had taken me so far into the latter camp that it didn’t matter what else I did in the former. I could wear a solid suit, white shirt, dark tie, and dark shoes to a funeral, in a fit and cut that didn’t look extremely fashion-forward nor outdated, and I’d still just be the “beard guy” to everyone else who was there.

It’s not just beards that create this effect. It can be tattoos, jewelry, loud clothing, always wearing the same colored shirt, or any number of good concepts taken to excess. 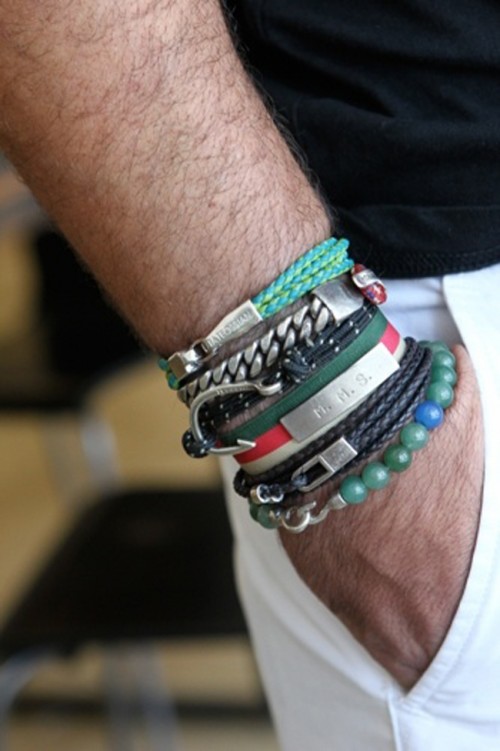 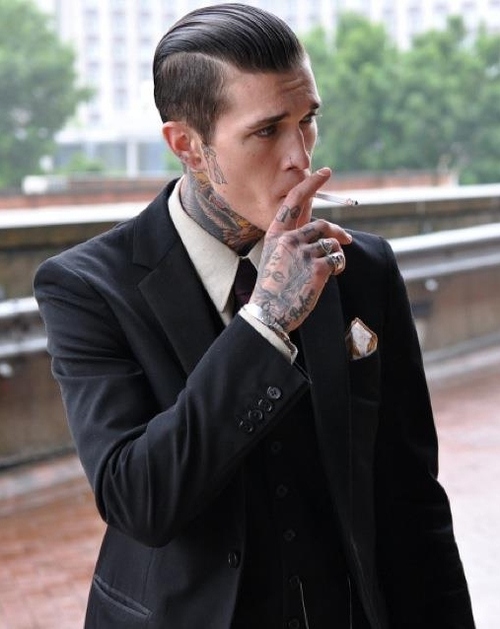 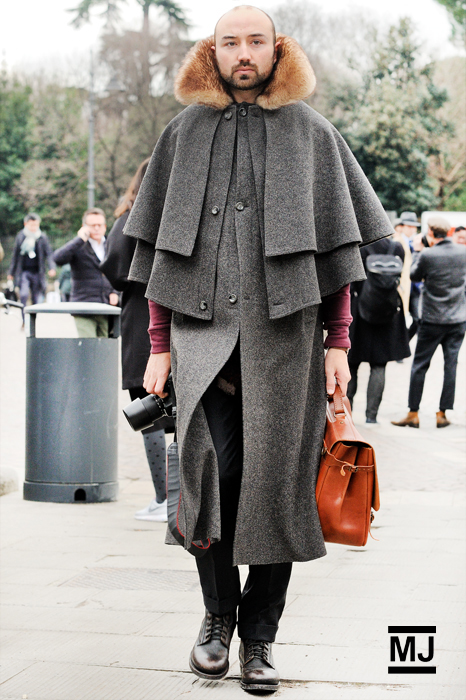 As men start to dress better it’s easy to get caught up in the enthusiasm of doing so. It’s an area so vague and unfamiliar to many of us that the positive responses we get from people become addicting. As a result, it becomes easier and easier to seek that high by always trying to step up our game to the next level – and that’s what creates the world of high fashion and trendiness. The end goal shifts from being well-dressed to being unique enough to get attention – and, while there’s room for that at the right place and the right time, it shouldn’t be a constant display from any man.

If you’re looking for a brand that can represent the fact that you’re a man who shapes the world in his image, I suggest giving Alfred Dunhill a try. From bags, to tailored suits, from stationary, to simple support of men who act deliberately, their products and lifestyle help tell the world you’ve arrived.