Back To Blog
Dress for Success
7 May, 2013
Clothing

This is a guest post from my good friend Remy Sheppard. To read more of his stuff, check out remysheppard.com

Tanner was gracious enough to allow me to write a guest post for his blog. With that in mind I don’t want to waste your time with something that won’t be useful for you. Instead, I’m going to ask you to examine yourself for a moment and take measure of where you are in your life and how your style plays an important role in that.

I have done the self-employed thing a few times now and I’m looking to try it again in the not-too-distant future. I’ve learned a lot of things in my struggle to be independent and free of the 9 to 5, but one of the things that stuck with me the most is that there is very little difference between an unemployed day and a self-employed day.

If I wake up, sit around in my boxers for 4 hours, sip coffee, maybe get a light lunch and hop on 9gag – well I’ve had myself an unemployed day. I’m living on wages I’m not earning, using resources I can’t replace, and wasting an opportunity to advance my position in life.

However, if I wake up, put on a nice shirt, have a working breakfast, and push myself through lunch, hit a solid work out and then get back on the grind – I’ve had a self-employed day.

You know what makes all the difference in the mindset and puts my thoughts to action? My clothes. 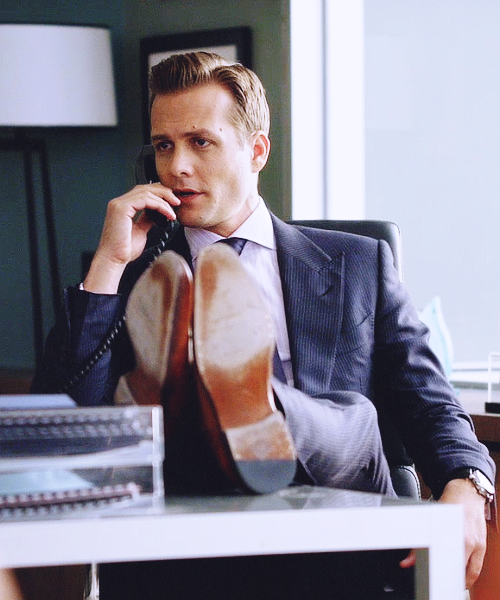 When you get up and get dressed – and not in some shabby band T and torn jeans, but actual nice, matching clothes – you will find that you are immediately more alert and ready to tackle the day. Something about getting dressed and ready like you’re going to go accomplish something clicks your mind over into Lion Mode and makes you want to go out and grab the bull by the horns.

In addition to improving your mindset, your clothing and style will greatly impact your masculinity as a whole. You might be saying, “What kind of metrosexual wimp worries about his closet!? lolololol!” But I want you to stop and think for a second: The last time you saw a man, a real man, and thought to yourself, “Damn, I want to be that guy!” what was he wearing?

Because I promise you he wasn’t sporting an Avenged Sevenfold T-shirt, rainbow liberty spikes, and tripp pants.

Now that man could have been the biggest loser on earth, but he dressed for success, portrayed himself as a winner and left an overall positive impression on you. It’s called the Halo Effect. It’s a cognitive bias in which your judgment of a person’s character and moral integrity are based solely on your impression of that person’s outward appearance.

I drive past a bum every day on my way to work. He sits at the same corner with the same tired sign. He’s homeless, clearly, but he looks clean. He looks like he bathes and eats rather well. He’s always smiling and happy to talk to people, like his condition doesn’t really have him down. I would not mind one bit giving that guy money each and every day.

However, down by the mall there is a guy who is really skinny, lost most of his teeth, looks dirty and mangy, and runs up on your blind spot to pester you about a dollar – I never give that guy money. Not for gas, or his wife’s medicine, or whatever story it is he has that day. He looks like he’s going to spend it on crack.

The first guy looks like he’s going to spend it on food. Halo Effect.

Your public perception is incredibly important to your success. If you wake up and dress well you’ll be more positive, energetic and ready to accomplish your day’s goal. You’ll also find that, along with the strong inner passion you’re feeling, your outward appearance will make people take you much more seriously. They’ll trust you easier, respect you sooner, and give you more time to explain yourself.

Your clothes and the way you present yourself are incredibly vital and integral to your mindset, your reputation, and your masculinity. Because of this, the way you dress is intrinsically linked to your success. Dress appropriately, dress well, and dress for success.

Remy Sheppard used to write a dating blog called The Alpha Persona. Now he writes a blog under his real name about motivation and success in life. Head on over and check it out and make sure to follow him on twitter @remy_sheppard