Back To Blog
Embrace Your Boyishness
12 July, 2012
Home

There should be nothing childish about the way a man dresses. The same goes with the car he drives or the office in which he works. These are all the realms of serious business and should be taken seriously. But when a man comes home, he should be able to embrace an element of the little boy he used to be. 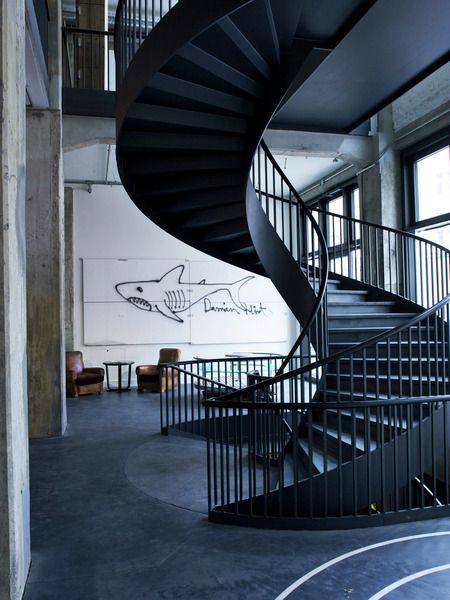 I found this picture yesterday and it immediately appealed to me. In my head this man grew up in California and was obsessed with the movie Jaws when it came out. He couldn’t stop watching it even though he couldn’t sleep at night after doing so and the movie fostered a deep obsession with all predatory sea animals. This man had books about sharks and posters in his room. Whenever he’d go to the beach he’d get in the water with a mix of trepidation and excitement, both hoping for and against a shark sighting that day.

The story is probably false, but if it were true, I bet this man grins every time he sees that drawing on his wall.

I’ll do the same with a big dinosaur in my home because when I was four I’d tell everyone I was going to be a paleontologist when I grew up and I can only look back on that aspect of my childhood with fondness. I want that waiting for me when I get home each day.