Back To Blog
Fellow Travelers: I am Alpha M
17 April, 2014
Lifestyle

The Internet is full of frauds.

It doesn’t matter in what corner a man finds himself, the ease of use of social media and blogs is prime breeding ground for fakes and snake-oil salesman. On scales large and small, we’ve all seen it. It may be that friend from high school who’s always posting on Facebook about how hard they work – yet their labors never bear any fruit, or the self-professed ladies man who clams up like the bass player of a high-school emo band when in the vicinity of an attractive woman, or the scrawny guy who criticizes the form of men deadlifting three times their own body weight.

This isn’t to say that any man who is less than perfect has no business being online. Far from it. I enjoy those who catalog their growth processes because it can make aspirations seem more tangible and attainable. Rather, it’s to comment on the fact that anyone can be an “expert” in their field.

I know a man is an expert not by the number of comments his blog gets, or how many followers he has on Instagram, or even by a government-backed certificate saying he’s passed the right tests. I know a man is expert when he walks his talk.

The world of style blogging isn’t any more or any less immune to keyboard jockeying and frauds than any other interest group. Rather than pointing out the fakes, I want to hi-light one (in the future there will be others) of the men who is what he claims to be. 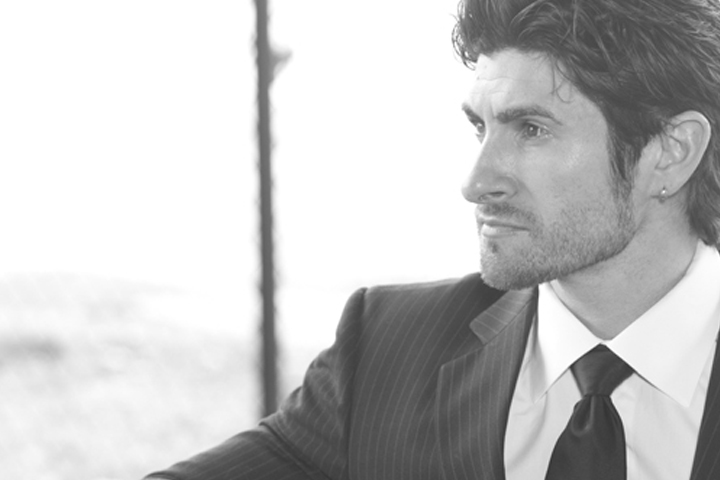 If you haven’t heard of Aaron Marino over at iamalpham.com, I suggest you check him out right away. Aaron’s worn different hats in the style world since clear back in 2006. He’s worked as an image consultant, written blog posts, and his bread and butter now is his popular YouTube channel.

Aaron covers all things aesthetic – from style, to grooming, to fitness, and even body language. Because he does it on the fly and in front of a camera, there’s not a whole lot of room for him to fake who he is. His confidence, physique, and style are all apparent in any one of his videos and it makes him more enjoyable to watch and also easier to trust as a valid resource. After having an enjoyable phone conversation with him last week I can say he’s the same one-on-one as he is in front of a camera.

And I’m not the only one who thinks so. He’s been consistently in Real Men Real Style’s annual list of top ten style bloggers and has received a fair amount of both local and national press. To cap it all off, Aaron’s doing this as a full-time job. It’s not some pipe dream, or even just a side hustle; the man makes a living on the Internet helping men improve their appearance and their lives.

Check out his intro video, and then dive into his site.