Did the belt really need to be re-invented? I mean, it’s one of the simplest tools in a man’s wardrobe and its current iteration has worked great for a long time.

I know when I first heard about brands who were trying to change the way men thought of belts the first thing that came to my mind was “novelty.” I thought it was something that would be popular for a couple of years and then move back out.

But I’ve changed my tune a little bit.

I’ve known the guys from Anson for the last couple of years as they’ve been regular attendees of StyleCon. And, while we’ve talked about collaborating before, I wasn’t super anxious to pull the trigger. One because of the whole “novelty” approach and two, because I’ve spent the last 14 years wearing suits, get mine custom-made, and favor braces and side adjusters over belts.

However, with my recent move to having Masculine Style be my full-time gig, I’ve found myself in suits a whole lot less often and the need to add some good belts to my rotation arose.

So I asked the guys at Anson to send me over a couple and agreed to do a post if I liked how they worked.

Now the main thing that separates a belt like Anson’s from the typical notch-and-hook belt you’re used to wearing is the range of sizing. Rather than have a mere five options for how the belt can fit, these use micro notches that are spaced in very small increments. 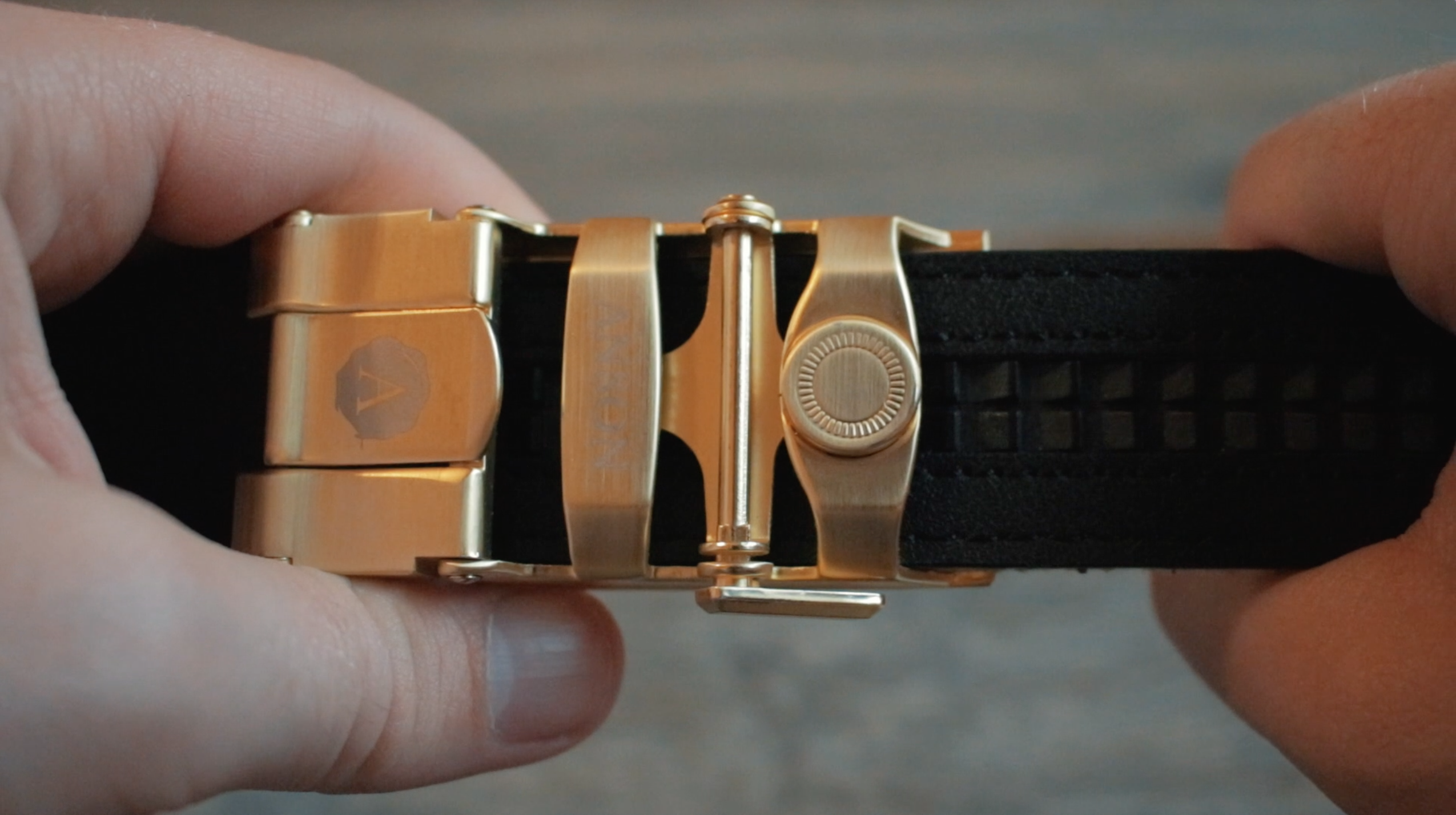 Meaning, you put on five pounds over a couple of weeks and you don’t have to be stuck in the no-mans’-land between two holes on your belt.

That’s been a big selling point for a lot of guys, but wasn’t one that really resonated with me. My weight fluctuation apparently is a lot more dramatic and I’ll jump easily up or down one whole notch in a matter of weeks.

But, I have found that the fit of my pants changes quite a bit throughout the day.

Between exercise, eating, and all the other things my body does on a given day, what can start off as the right notch in my belt in the morning, is more often than not, way too big by the time I get to mid afternoon.

Not only do my fit needs change incrementally throughout the day, but I run into a problem with belts that a lot of men don’t experience.

You see, I like to wear my stuff with a rise that’s a little higher – much closer to my natural waist than my hips. The only problem with this is that, like most men, my hips are wider than my waist and my pants have the tendency to drop lower than where I want them simply because that’s where they meet the most resistance and hang. 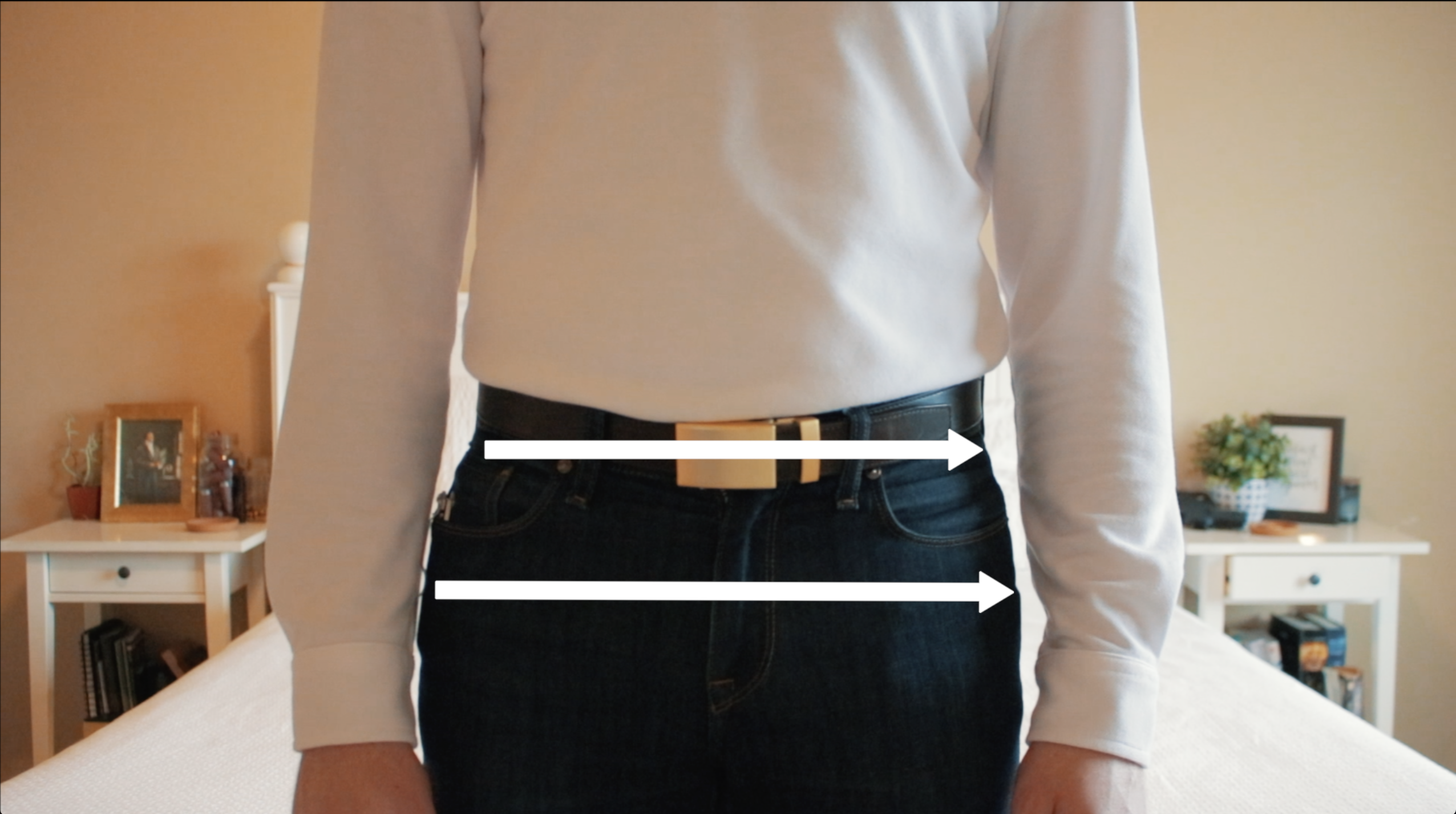 In the past I’ve been frustrated with constantly having to hike up my pants because a belt or side adjusters wouldn’t keep them at my waist. Braces are a great option, but I’m only wearing those with suiting and more formal stuff – so I needed another solution with my jeans and casual wear.

This is another winning point for Anson. By being able to accommodate both the change in my waist throughout the day, and the fact that there needs to be precision in the fit in order to avoid my pants dropping too low, they’ve solved a major problem for me.

All I need to do is cinch up the belt one or two more notches and I’m good to go – still comfortable and still wearing my pants where I want them.

Another big advantage of these belts is their variety. Yes you can pick them up as one-off’s but the real aesthetic strength comes in being able to vary what you have.

Anson has a package deal in which you can pick up two buckles and three straps or three buckles and two straps for $99 – basically getting you six different belts.

I ended up going with one brown leather strap, and two canvas options – one in khaki and the other in green.

Then I chose a brushed gold buckle and another one in gun-metal grey. 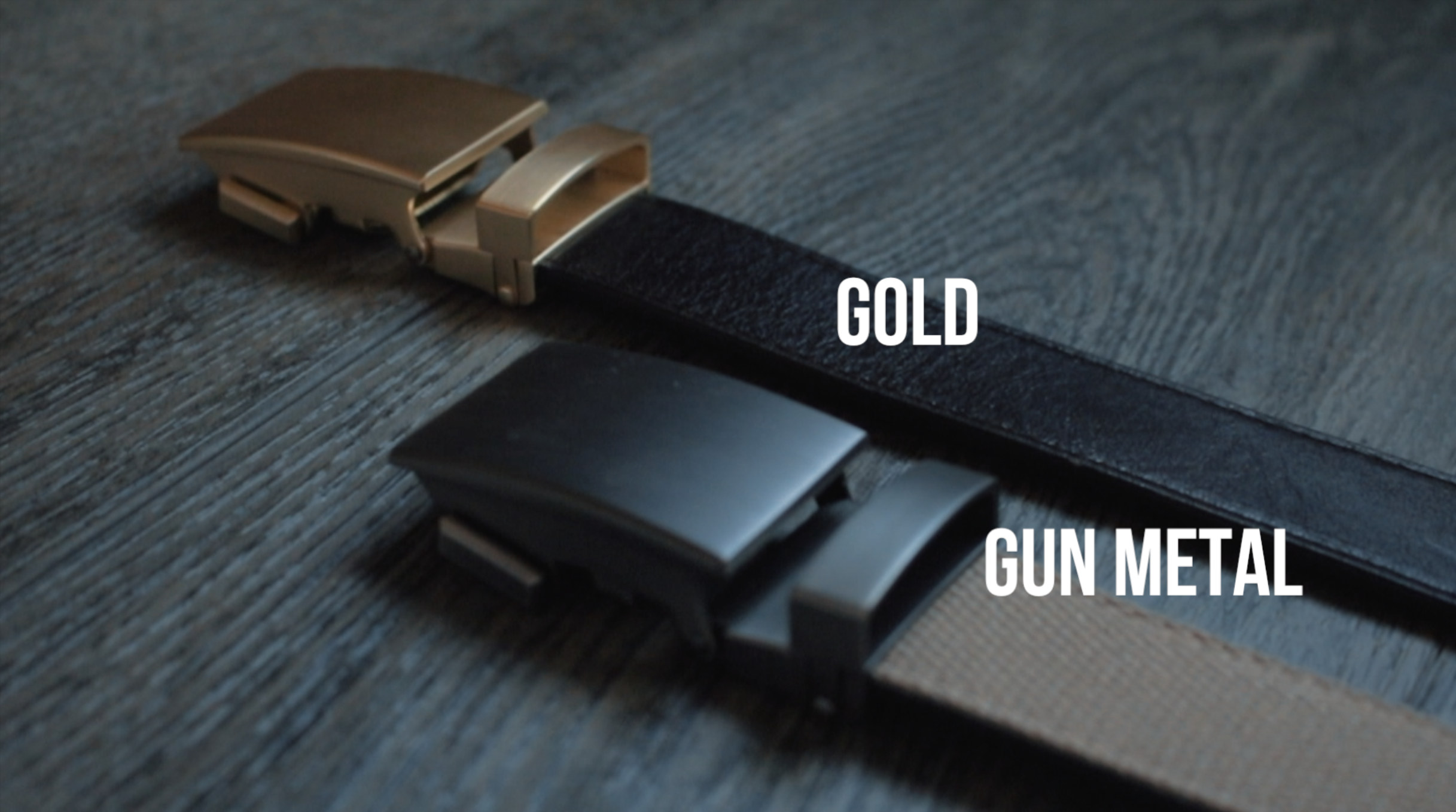 These six options mean I can have a belt that works with my look whether I’m out camping, running errands, meeting with a client, or presenting on stage. The variety and versatility here are huge and take a great product and make it even better.

I fully expected to be underwhelmed by this product but it’s not a novelty. It’s a unique approach that can solve problems men didn’t even know they were experiencing. For me, that’s one of the big differences between novelty and true innovation.

If you find yourself on the fence but know that your current rotation of belts isn’t doing as well for you as it could, give Anson a try. You’ll be as pleasantly surprised as I was.