I’ve seen a few of these elaborate tie knots making the rounds over the last couple of weeks. At first it was just on Pinterest – which is largely women just posting up pictures of how they wish their men would dress – so I wasn’t too worried about these actually catching on. 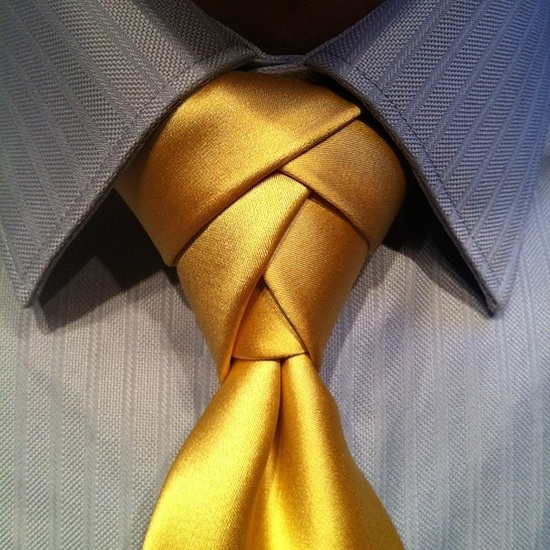 But more and more I’m seeing other men and bloggers giving these their best attempt. Gaudy knots are ridiculous. There is nothing more classic or conservative than a tie and trying to modernize it with a new, crazy knot is going to make you look more like you attend cosplay events than live in the real world with the rest of us. Gaudy knots are like bluetooth headpieces – nope, those actually can serve a purpose, they’re like cell phone belt clips, they’re a retarded attempt to look like you’re a modern business man when you really just look like a monkey.