This morning I was chatting with a friend from back East online. He and I have never met in person, but we see eye-to-eye on a lot of things and he pushes me to think better. During the conversation he complemented my newly-long beard and said his wife thinks I’m pulling off the whole lumberjack look pretty well. I thanked him and we started talking about the current beard revival. Apparently it’s so strong that Proctor & Gamble are losing noticeable amounts of money.

It got us talking about the current rebirth of the appearance of masculinity and the new era of guys – the hipster man. 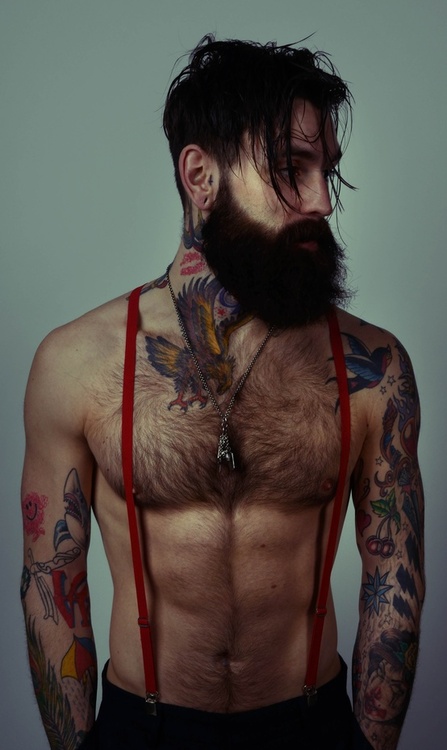 He is typified by the aesthetics of a time when men were men. Spending any time online will lead to guys who have old-school haircuts, wear full beards or waxed mustaches, practice hobbies that used to be professions and require skill and minimal tools – things like leather working, soap making, wood carving, and others. They dress consciously and well, usually a level or two higher than most men on the formality scale. They like a simple aesthetic and are drawn to clean logos and companies that advertise a heritage. They love workwear and Americana and will romanticize the way the world used to look.

If you’ll notice, every single one of those things describes me. However, most guys will stop there. For the hipster man, masculinity is about playing dress up. It’s a way for him to adopt the aesthetics of a time when men were men yet still carry on with the modern, safe, female-approved attitudes that are so prevalent today. It’s a subconscious attempt at tricking himself into satisfying his innate, biological desires to act out his manly tendencies. He tells himself he can look the part, and even adopt the safe virtues, without becoming a threat to the current status quo.

By safe virtues, I mean the value of Self Mastery. I’ve referenced The Way of Men before and believe that Donovan’s breakdown of the four masculine virtues is spot on. He divides them up as Courage, Honor, Mastery, and Strength.

In the Internet age, the only “useful” virtue for most urban and suburban men is that of Mastery. The other three can make men dangerous and a threat to the safe society in which we live. As a result, the hipster man will only focus on the virtue of Mastery. He will become a talented musician, gifted artist, or skilled laborer.

This Mastery is a virtue, but it’s not enough to be good at being a man. It’s akin to saying a car has no need for acceleration or speed as long as the steering works.

The more dangerous virtues of Courage, Honor, and Strength remain enigmas to the hipster man. Courage is replaced with passive aggression. Honor is laughed at by a culture of narcissism and cartoonish individuality. Strength is for douche bags and gym rats – besides, all the girls say they like slim men anyway. The political correctness of our current culture will only allow the average man to look and feel masculine in a safe, non-threatening way. By criticizing or even demonizing the other masculine virtues, it ensures that most modern men are kept either stupid or weak, and therefore, more complacent and easier to control.

While I criticize hipster masculinity for it’s incompletion, I recognize the potential that’s there. I personally started focusing on manhood and masculinity only after I found a site that appealed to the old-world aesthetics. From there, I realized there was something missing from my life and started down the rabbit hole.

While a focus on looking like an old-school man and adopting his level of Mastery isn’t enough, it’s a great start and is one that should be encouraged. Not every guy who sports a beard and has ship tattoos will want to break away from the culturally-approved ideals of manhood, but many will. Rather than criticize the hipster man and tear him down for his lack of the other male virtues, we should reach out and help him see the benefits of continuing on the journey his clothing started.