A controversial sport, bullfighting can trace its origins to ancient Mesopotamia – namely the Epic of Gilgamesh in which Endiku fought and conquered the Bull of Heaven using a bright tunic and a sword. The sport can be followed through Rome and medieval Europe, but it wasn’t until 1726 in Spain when it became popular to fight the bulls on foot.

The introduction of fights on foot allowed for men of lower stations to climb the social ranks via the celebrity of bullfighting. The fighters became the modern-day equivalent of rock stars. When asked why he chose to fight, one man said, “Hunger strikes more painfully.” With both status and violence being integral to the sport, it’s no wonder men throughout history have engaged in the art. 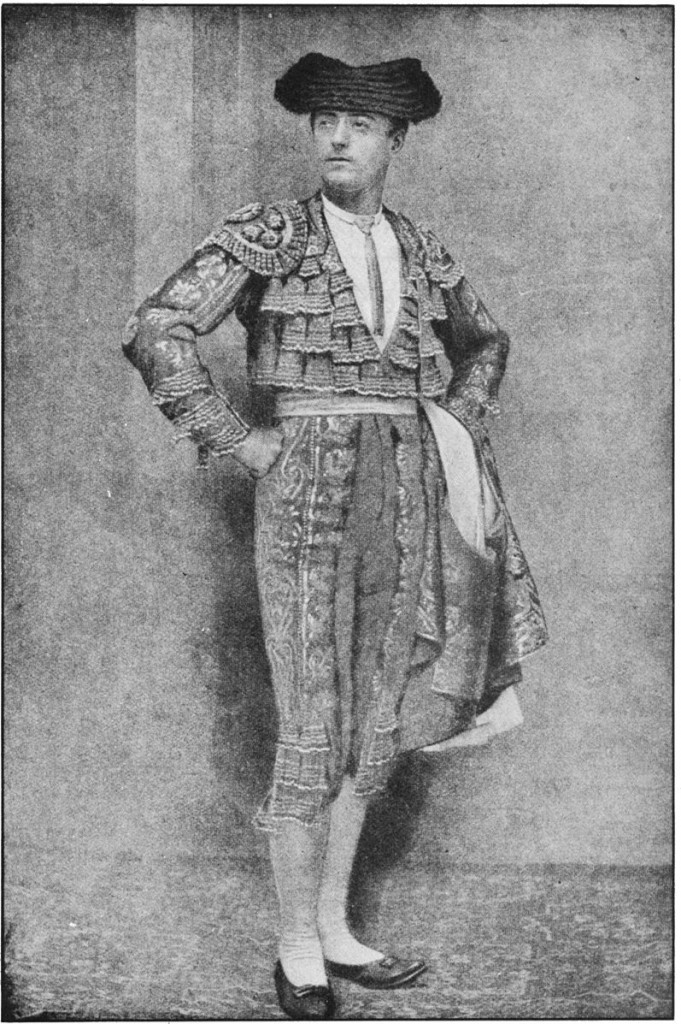 A more accurate name for the fighters is Torero. The term “Matador” is not technically used in Spanish, but is an abbreviation for the name of the lead fighter and the man with the charge of delivering the final blow. He is the “Matador de Toros” (killer of bulls), and is often addressed as Maestro. The other two fighters are respectively Banderilleros and Picadores.

The Picadores are on horseback and weaken the bull in order to “even the fight” for the other two classes of fighter. As their horses are charged, picadores lance the bull in the neck or the back, drawing its first blood, lowering its head, and weakening its body.

The role of the Banderillero is to place barbed lances in the top of the bulls’ shoulders. They wow the crowd by attempting to get as close to the bull as possible when placing the banderillas. These fighters can use the placement of the barbed flags to help correct a bull which may be pulling to one side or the other.

The costumes worn by the Toreros have historical reference, form, and function.

From a functional perspective, the tight pants and short-cropped jackets provide the perfect balance between movement and protection. Because the Toreros are judged as much (if not more) by their style and flair in performing their various duties as they are by their effectiveness, the ensemble needs to allow them the balance between a warrior and an artist.

The tight pants allow for a complete range of motion and the short jacket offers protection of the torso, without being long enough that the bulls’ horns would be able to catch on the fabric.

The gaudiness of the costume was not introduced until the mid 18th century when a fighter named Costillares began his rise as a Torero superstar. Growing up the son of a butcher, Costillares was by no means a member of the upper class. However, his skill and style in the ring (along with the money earned from fighting) allowed him to climb the ranks and become a member of his area’s elite. Because he was increasingly seen as a member of the upper class, Costillares decided to start dressing like one. While Costillares was the first to begin to adorn his bull-fighting costume with the intricacies and signs of the upper class, the idea didn’t take hold amongst toreros in general until 20 years after Costillares’ death when Spanish painter Francisco de Goya published a series of 33 paintings entitled La Tauromaquia. 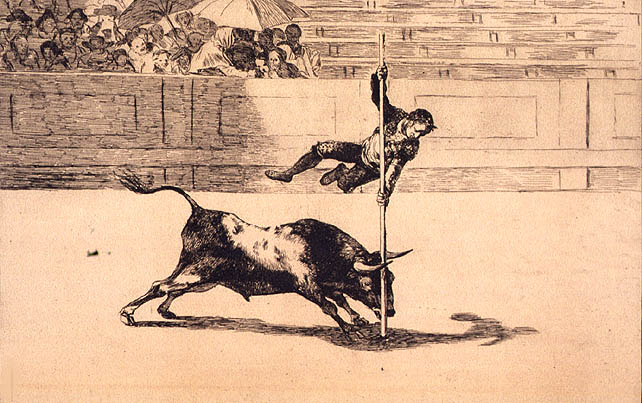 Because Goya and Costillares were from different, rival cities he didn’t want to copy Costillares style exactly in his paintings. Instead he depicted his fighters with similar French styles.

The paintings showed minute changes that altered the entire appearance of the toreros. Rather than being ankle length, the trousers were cut at the calf. The jackets were lengthened from just below the ribs to hip length.

In the 1840’s fighter and style icon Paquiro made some changes of his own. He cropped his jackets back at the ribs and introduced the idea of the Galones de Platas (suit of lights). Drawing reference from Spanish and French nobility, Paquiro wanted a costume that would separate him as a Maestro from the banderilleros and picadores. He had his suits adorned with gold instead of the silver worn by the lower-esteemed fighters and also added the flashy details that would reflect both is personality and the sun in the arena. 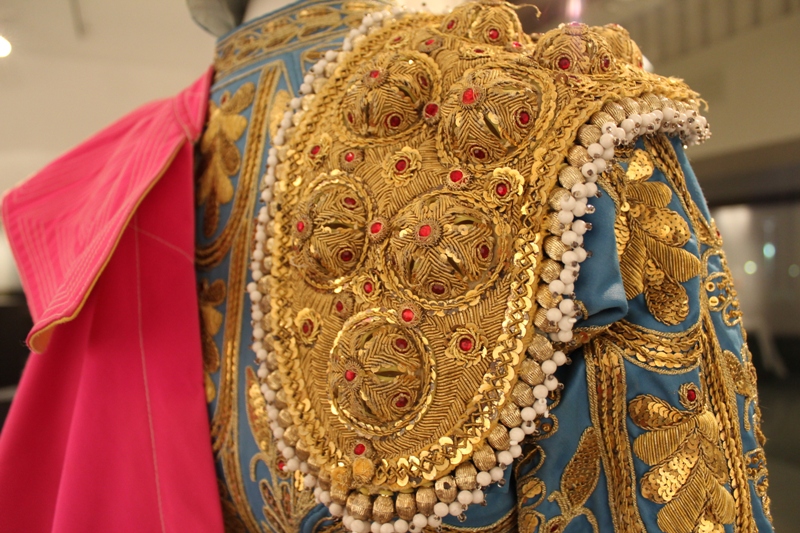 Other details, such as pink socks, were added as ways to indicate wealth (brighter colors were more expensive than their drab counterparts in the 18th and 19th centuries) and to align with superstition. Yellow is considered to be an unlucky color while green and purple have an association with the insides of coffins.

Toreros today are not required to wear a particularly gaudy costume, but it has become such an ingrained part of their culture, that to fail to do so would be anathema. The best comparison to how a torero chooses the overall appearance of his costume is that of choosing a tattoo. Many fighters will select symbols, colors, and styles that reflect their family history, heraldry, religious convictions, personal tastes, etc. While others will simply select a design available on display with their tailor.

Modern day galones de platas are made bespoke by a handful of master tailors and cost thousands of dollars – a steep investment when considering that most fighters have at least half a dozen suits. As technology has advanced, new materials like spandex and polyester have been used because of a greater range of motion or the ease with which the bulls’ blood can be removed from the costume.

As controversial as the sport and the costumes may be. One can’t deny that toreros have a unique blend of both ancient, violent masculinity, along with its more refined, genteel counterpart.