Also known as “Beak Doctors” these were “physicians” who were hired by communities to treat those infected with the Bubonic Plague. I use quotations around the word physician because many of these doctors were actually men who were unable to qualify to start their own medical practice and were relegated to dealing with the Black Death. There are even accounts of some Plague Doctors having no medical training whatsoever.

Because they were paid by the town and communities in which they worked, they treated anyone who was infected, not simply those who could afford it on their own. As one can imagine, the profession of Beak Doctor was extremely dangerous and had a high mortality rate. 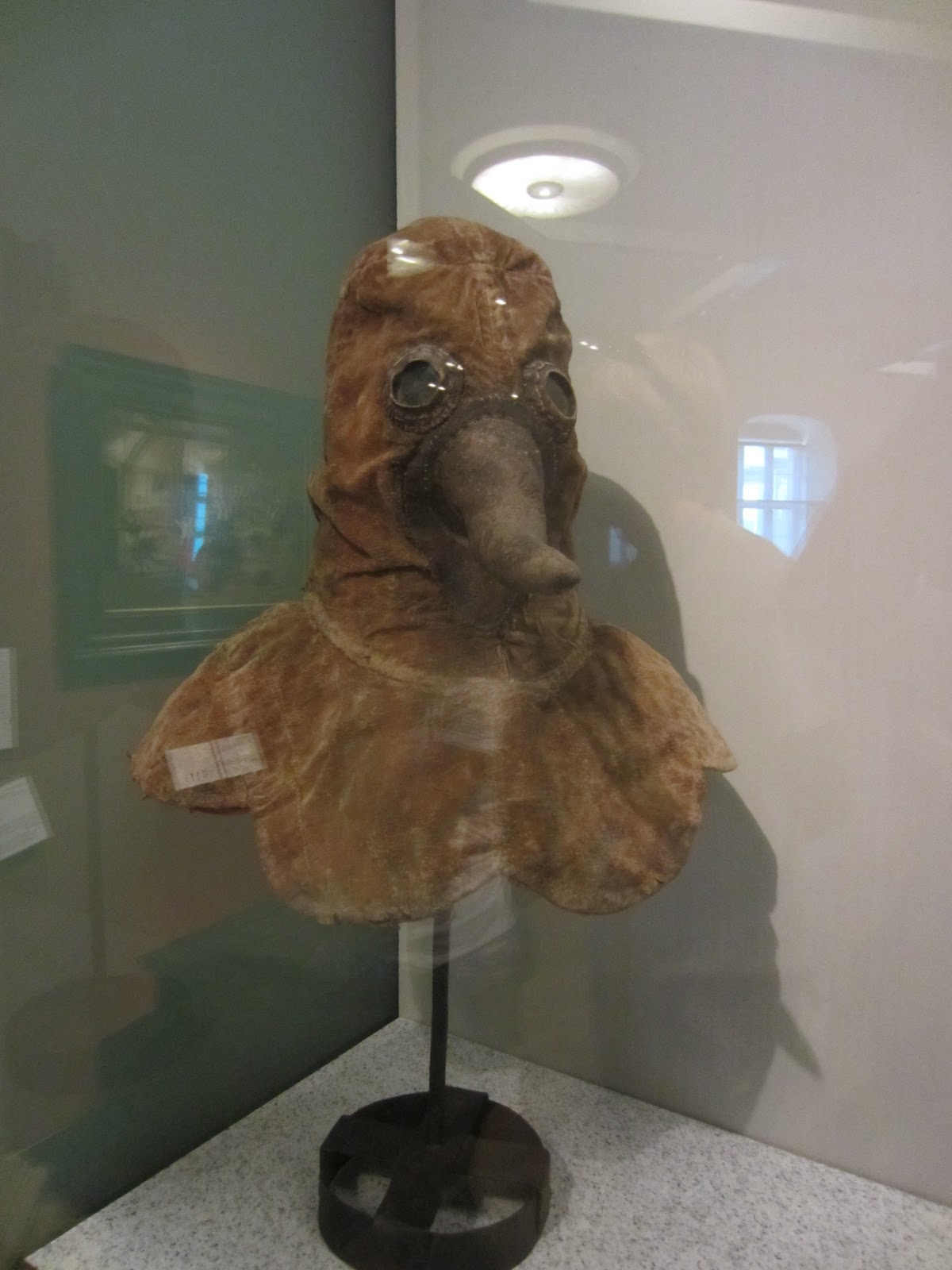 While their robes and appearance are creepy, almost every aspect of their clothing served both a functional and stylistic purpose.

The most distinguishing feature of any Plague Doctor was the beaked mask. The Bubonic Plague was rampant during a time when very little was understood about disease. As a result, doctors would look to both the physical and spiritual realms in attempts to cure their patients. The off-putting appearance of the masks was designed to scare off demons who could be the source of the Plague. At the same time, the beaks were filled with amber, cloves, myrrh, mint-leaves, rose petals, and other spices to prevent the doctor from breathing infected air. This upped their tolerance for time spent with rotting bodies and was also believed to protect them from the “evil air” they were surrounded with and could have caused the Plague.

The eyepieces on the masks served a similar function. Instead of a simple opening, darkened or red glass lenses were used. While they made detailed examination difficult, their purpose was to protect doctors from infection via the “evil eye.” At the time, one of the theories was that the demons who caused the Death could not only transfer from body to body through the air, but through eye contact as well.

The second-most noticeable aspect of the Beak Doctors’ attire was the long, black robe. While dress standards of the day were much more modest and covering than what we currently wear, the head-to-toe coverings served more of a practical function than social. The cloth used in the robes was waxed – meaning the doctor was protected from any liquid-based contagions. Although the belief was strong that supernatural forces were at work in transmitting the disease, these doctors were also willing to admit that they didn’t know the exact cause. Rather than adhere to strict dogma, they created methods, like the waxed robes, to prevent contact with as many potential sources as possible. 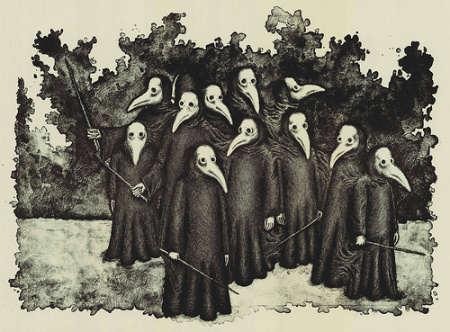 Lastly, the doctors would carry a staff in yet another attempt to distance themselves from the infected as much as possible. Staffs were used to examine bodies and even help take the pulse of infected men and women. The doctors did wear gloves, but the staff was another level of protection agains potential infection. There are even documented cases of times when the staffs were used as weapons to fend off desperate patients.

The entire ensemble struck the perfect balance between form and function. The creepy factor was intended to scare off evil spirits and to clearly demarcate the doctors from the rest of the healthy population. At the same time, each detail served a practical purpose as well. These doctors are an excellent example of how clothing can be used to accomplish multiple purposes.