On top of fit, there are certain design elements that go into suits and sportcoats that can make them more flattering in different environments and on different body types. One of the key design aspects of a single-breasted jacket is the number of buttons. This can range anywhere from one to six and there are some big differences in how they affect your appearance. 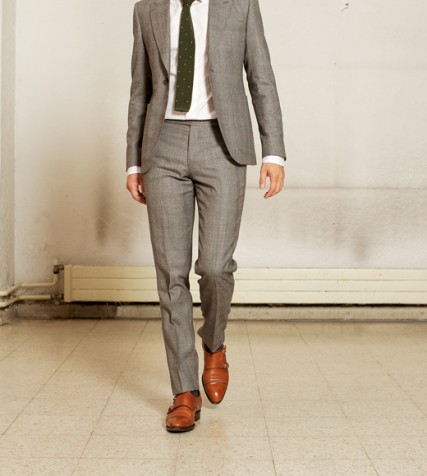 Because of its uniqueness, a one-button suit finds itself in the extremes of formality. This means you typically only see it on tuxedo jackets or more casual suits and sportcoats. The general appearance given off by a one-button jacket is a modern refinement and this is why it’s best used to either focus on refinement (tuxedo) or modern (casual) when choosing this style.

The shape provided by a one-button jacket is most flattering on slim men. Because there is less room for drape, a large man’s belly can cause the jacket to split – making it look too small. 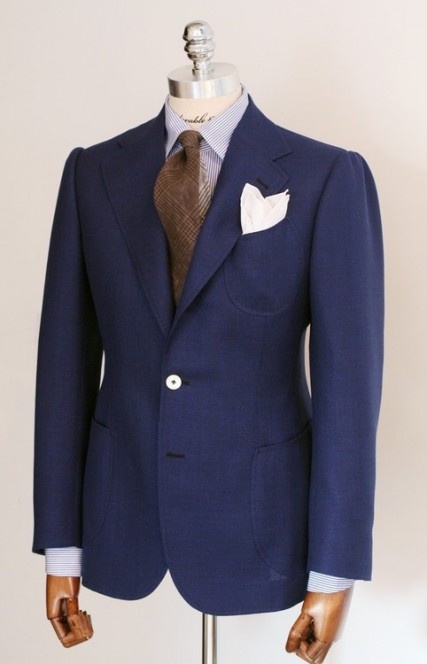 There are no men who look bad in a two-button suit. The key to fine tuning it is to focus on the button stance. The higher the top button is, the more it visually shortens the torso and lengthens the legs. The opposite effect is created by lowering the button stance. This means men with disproportionate legs or torsos can help even out their proportions by wearing a two button jacket with a button stance that is made specifically for them.

Because of its universal appeal to all body types and all formalities, I recommend a two-button jacket as the best choice for the man who is starting to build is wardrobe. Once the basics have been established he can move on to more unique configurations. 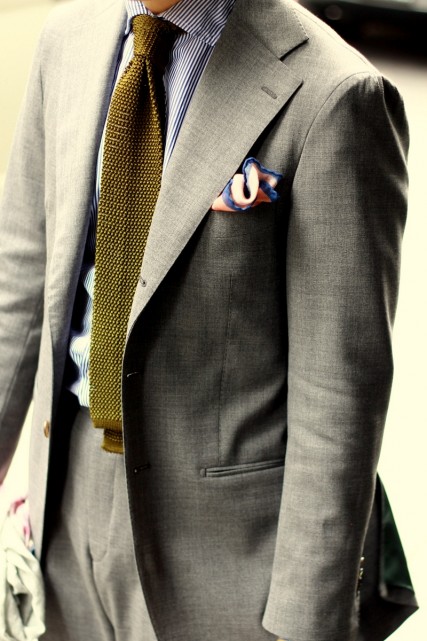 The three-button suit is the type that has seen the strongest wax and wane in popularity throughout the decades of the 20th and 21st centuries. As a result, some men will consider it conservative, others will consider it outdated, and then others will see it as fashion forward – meaning that a three-button suit tends to be a statement piece. Because of its fluctuating popularity and its roots in the business world, it is rare to see a three-button tuxedo jacket and inappropriate to wear a three-button jacket as a sportcoat. It is much better worn in environments of a business or conservative nature.

Unlike the two-button jacket, a three-button suit is only appropriate on certain body types. Because the third button rests so high on the chest, the V-shape created by the lapels is shortened, making the torso appear shorter and the shoulders appear less broad. These visual effects mean this style of jacket is best worn by men who are slim and taller than six feet. On men of any other build, a three-button jacket will make them appear short and squat.

Right now three-button jackets are pretty out of favor. I couldn’t even find a flattering image of one that was buttoned up to include. 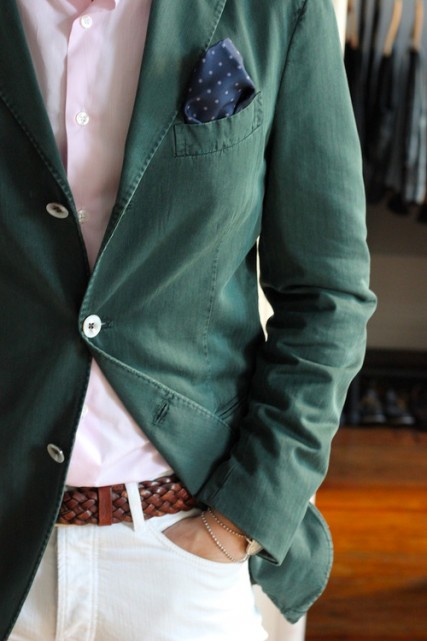 This is an extremely subtle variation of a three-button jacket. The difference is created when the lapels have a soft roll as opposed to a hard crease. This allows the wearer to button only the middle button – making the jacket appear more like a two-button suit. A three/two-roll jacket has a classic Americana feel to it and should not be considered for tuxedos or other formal jackets. However it is still appropriate in business situations and is awesome on casual suits and sportcoats.

While a three/two-roll jacket does give a similar visual effect as a two-button jacket, I recommend men who are 5’9″ or shorter avoid this jacket. It has less leeway in button configuration, making it still better suited to men of an average height or taller.

Avoid them. While it is true that suits originated from military jackets, and military jackets are made with many more than three buttons, the two worlds are separated enough that suits have their own rules and guidelines. Occasionally you will see fashion-forward men like athletes, celebrities, or designers attempt to make a four-button jacket look stylish, rakish, or daring. They don’t. They look stupid and trendy and make the man wearing them appear as if he’s trying too hard. This may change in the future, but for the last hundred years or so, three has been the maximum number of acceptable buttons.