I know first hand how easy it can be to get cynical about setting goals for yourself in the new year. The gym this week has been full of resolutioners that I’m hoping will all have given up and quit so I can go back to a regular routine and not have to compete for the free weights.

But if we ignore the hype, the marketing, the failures, and all of the other negative aspects of reinventing ourselves at the beginning of each year, we can see the original intent. A man should constantly be striving for improvement. There’s something inherently ungrateful about satisfaction with where we are. It implies that we’re content with our results moreso than with our abilities to get results. One is a focus on things, the other is a focus on who we are as men.

While I have my own list of personal goals I’m still setting and developing, I have a few for the site I’d like to share with my readers. I’ve heard pros and cons to publishing goals. Some argue it gives us the satisfaction of feeling like we’ve accomplished them before we actually do so. I however, feel that making you all aware of my goals makes me more accountable to accomplish them. So here’s what I’m planning to make happen this next year.

Focus more on the “Masculine” of Masculine Style

As I’ve mentioned before, there’s only so much that can be said about dressing classically. The rules and guidelines have existed for years with only minor tweaks and variations. Other style-focused blogs will tend to go in one of two directions – either a focus on what’s fashionable and trendy, or going into nitty-gritty details that appeal more to men who consider clothing as a hobby than just an everyday part of life.

I’ll be the first to admit that I’ve been tempted and have even dabbled in both of those approaches. I also will continue to do so. Just because a man wants to dress timelessly doesn’t mean he can’t or shouldn’t capitalize on a trend when it’s in his best interest. Nor does a man’s comparative lack of passion for #menswear mean he won’t benefit from a deeper understanding of what goes into his clothing and why it looks the way it does.

However, my focus has always been about the exploration of clothing as an expression of masculinity. As a result, my audience is different from most other style blogs. If I want to dive deeper into the aesthetic effects of maleness and masculinity, I also want to better understand what it means to be a man.

Many of my new posts will be musings in this regard. I don’t write from an authoritative perspective, because I’m not a master of masculinity. Rather, this will become a place to explore philosophy and build on the self-improvement that comes from attempting to be a better man.

As a result, I’ll be expecting more comments and conversation on these posts. Which leads me to my next goal.

This is not a strong suit of mine. I read every comment that comes up on the blog, but, if I’m not in a position to respond immediately, I often forget to do so. If I want this to be a format that better fosters discussion, I need to be the first person to take that step and respond when you guys reach out to me.

It’s long overdue. When this was just a fledgling blog, the theme I chose was a great option that omitted everything that would distract from the content. However, as things have grown into a business and a more in-depth approach to the subject, this same layout has become a perfect example of sacrificing function for the sake of form.

Plan on a design that will still be minimal, but will also allow for better navigation and more structure.

Finish the Staples series and create an eBook

I only have a few of these left to do. The big delay in finalizing these last posts has been finding companies to sponsor each staple and to work out time with a photographer. While earlier on I was able to write these quickly and just use cell-phone pictures my wife shot, this has become my biggest draw and deserves more professionalism.

Once I have the final Staple post finished, I’ll be going through and re-writing them, along with taking professional photos for all, and compiling them into an eBook. This will be a great way for me to get new readers and an easy way for both new and existing readers to know which items they should have in their wardrobes.

Expand into writing about fitness and grooming

These are two areas where I have seen (or at least am starting to see) a lot of personal growth. I’m no expert in either of these fields, so this may involve guest posts or just a ton of research on my part throughout the year. Expect posts on diet, exercise, hair cuts, smells, etc. I’ll never be the metro guy who moisturizes each night and gets manicures, but there’s a minimal level of grooming each man should take advantage of to present himself in the best light possible.

The plan is to have this be something that goes both ways. Meaning I’ll have more guest posts and interviews with bloggers here, along with outreach to blog for other sites and work with podcasters.

Right now I’m putting out a newsletter about once a month. While I don’t want to spam your inboxes, I do want to reach out more frequently. By the end of the first quarter, I hope to have a rhythm that will allow me to send one out every other week. 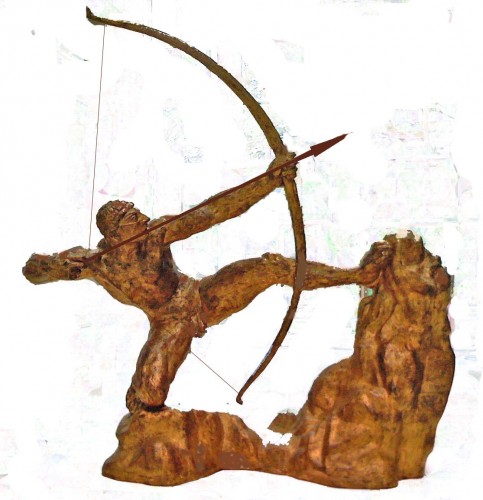 One thing many of you may notice is missing from this list is “write a book.” This is still a long-term goal, but not one that I can feasibly see happening this year. As Beckett & Robb continues to grow, my responsibilities within the company expand as well. We’re at that unique stage where there’s more work than there is enough staff to handle it all – so each one of us is responsible for multiple things. Pair that with my family (which will see an increase of one by March) and my own fitness and personal goals, and you get a picture that doesn’t have enough room for a full book. I don’t want to just crank something out for the sake of doing so. It’ll happen. It may even happen this year, but it’s not a reasonable goal for me to set right now.

Essentially, I feel like the last two years have had a great focus on the bullseye of my target. It’s not perfect, but I have a good base that can still see some fleshing out and refinement. However, I now have the opportunity to expand out by a ring or two, increasing the scope by which both masculinity and style are perceived by men of the world. I’m looking forward to this year.