Back To Blog
Review: Beardbrand Beard Oil
1 May, 2014
Lifestyle

Whether you’re jumping on the growing trend or you’ve been sporting a beard since it was just high-school peach fuzz, there’s a right way, and a wrong way to do it.

Too many people believe that growing a beard means just quitting shaving and calling it good. However, to effectively pull one off without looking like a hobo, requires some care and attention. Things like continuing to shave the neck and cheeks to give it shape, using shampoo and conditioner on a longer beard to keep it clean and healthy, even trimming it as often as getting a haircut to create uniformity and consistency are all key aspects of a well-groomed, good-looking beard.

To add to the list of beard maintenance tips mentioned above, I suggest trying a beard oil. It’s used to soften the hairs, making them more malleable and shiny.

To help me on my quest for an improved mane, the guys over at Beardbrand were willing to send me a bottle of beard oil and their mustache wax. 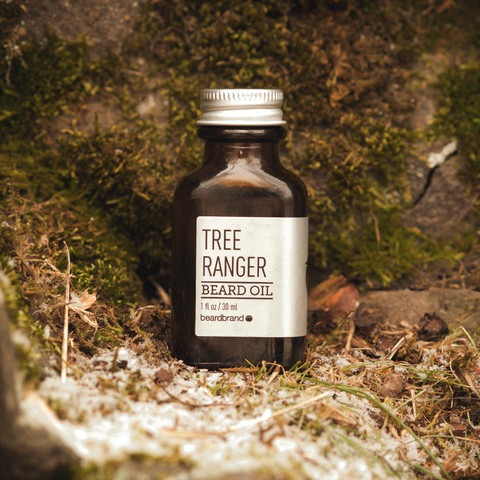 I’ve been using it on a daily basis for a few months now and have seen a noticeable difference. My beard is softer and more workable. I have fairly wiry hair and it rejects most of my attempts to comb through it and retain any semblance of a shape. However, since I’ve been using this beard oil it has been much more submissive and keeps its consistency throughout the day. 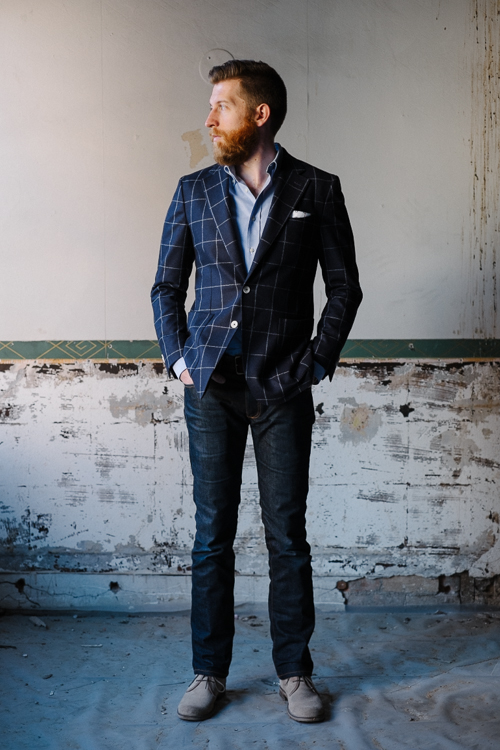 It has removed most of the annoying itch factor involved in growing a beard from one stage to the next. I’ve been wearing a full beard since 2007. While most of the time I’ve kept it at less than a quarter inch long, over the winter I decided to grow it out to something a little fuller and more barbaric. What anyone will tell you when growing a beard out is to be aware of the itchiness involved. I’m pretty sure it’s nature’s way of telling your face it’s time to shave, and it was always how I gauged when I should trim things down in the past. After a couple weeks of using the beard oil at my regular length, I decided to grow it out and noticed a significant decrease in how much my face rejected the idea of it. The annoying, unsatisfiable itch went from an omnipresent hindrance of more than a week, to the occasional occurrence over a three day period.

After the weather started to warm up I decided to trim things back down to a more normal length. At first I thought I’d no longer need the oil but I still wanted to use it for the sake of experimentation. I was pleasantly surprised to find that using an oil is just as good for a short beard as it is for something longer. While the hair’s malleability isn’t as much of a factor, it still helps to alleviate itching and keep the fuzz looking healthy. I’ve used it on a short, medium, and longer beard and have found it to be helpful for all three.

Applying the oil is a simple process. One simply has to take a dime-sized amount, rub it once or twice between his hands, and apply it all over the beard. After that he can comb it out or walk away content.

Beardbrand has a number of different scents and and options for their oils. They sent me along the Tree Ranger and I’ve loved the smell. The only downside is that it doesn’t last as long as I’d like. I can’t smell it by the time I leave for work in the morning and I’d like a little more of a lingering effect.

For the man who doesn’t want competing scents (not that the competition would last that long anyway), they even make an odorless oil. I can’t vouch for their other products, but they have a great-looking lineup of grooming kits, boars-hair brushes, scissors, combs, and soaps.

At $25 a pop it can seem like a lot of money for a small amount of liquid. However, at the pace I’m going, I wouldn’t be surprised if this bottle lasted me an entire year.

Some may argue that the purpose of a beard is let it grow wild and avoid the constraints of sissified grooming routines. To that I say if beard styling and grooming was manly enough for the German barbarians who overthrew the Western Roman Empire, it’s good enough for me.