Years ago I was sitting in a lecture hall and couldn’t help but pay attention to the laptop of the girl sitting right in front of me. She was perusing the latest crop of photos from the Sartorialist and had paused on one of some red-head wearing a red shirt and white pants. He was too girly and pretty to really appeal to my sense of style, but he had on the coolest, most simple watch I’d ever seen. It had a large, but thin face, almost no frills, and was on a medium brown band. I know how simple that sounds, but it started me on a hunt to locate and acquire the perfect brown watch.

I think I finally found it.

I first heard of Daniel Wellington on GQ’s Instagram account. They have a lot of crap, but enough redeemable material that they’re still worth following (GQ that is). One of those redeemable photos was of a bunch of DW watches. They were sporting both leather and NATO straps and my curiosity was piqued enough that I decided to contact the company to find out more about them.

The name comes directly from a style mentor of the company’s founder. Reading through their history, it sounds like said Daniel Wellington would be quite the man to meet and know.

Thankfully DW was kind enough to send me a watch to review. They had me check out their selection and then let them know what I wanted. Other than the strap and the metal with which the watch is made, the design is uniform across the board. Some may like this and others may chafe at the lack of choices. Because the size and minimalism of the face itself was exactly what I’d been after, I was happy to see a company who made what they liked and stuck to their guns. 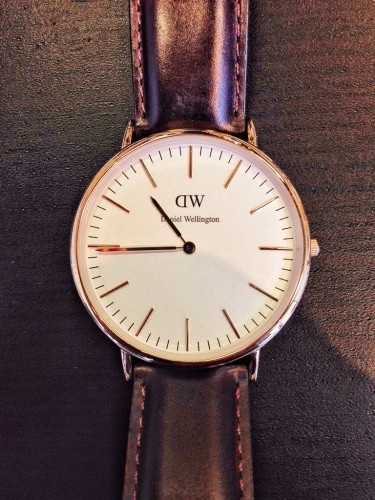 After spending more time than I expected on just the small details of the strap and metal, I had them send me their Classic Bristol in rose gold (silver is the other choice of metal). It arrived a few weeks later and hasn’t really left my wrist since. The movement is Japanese quartz – so no hand winding but no automatic movement either.

While it may seem trivial, the presentation of a product is always something I pay attention to. You want to know that a company has scrutinized every aspect of their customer’s experience and, just like a man’s appearance, a product’s presentation can effect the overall impact of its quality. 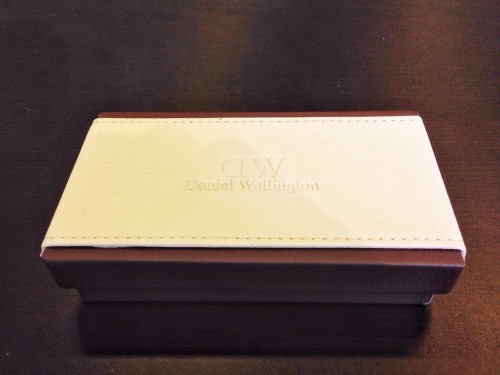 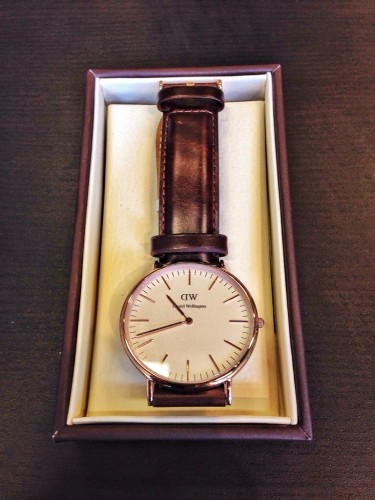 For a timepiece that was sub $300, I was pleasantly surprised to see it come in a leather, stitched box. I’ve purchased watches in this same price range in the past and plastic and cardboard have always been the go-to.

The presentation is simple and effective. Beneath the watch itself you’ll find a small instruction manual and even a spring bar removal tool. This means you can swap out straps on your own, as opposed to having to visit a jeweler or watch repair shop. It’s a simple addition but one that again shows the attention to detail that makes you want to continue working with a company.

The first thing I noticed when I took the watch out was how thick, buttery, and soft the leather was. I know that sounds like I’m writing copy for DW, but it’s honestly the best way I could describe it. Cheaper leather feels gritty, dry, or brittle and can be uncomfortable to wear. 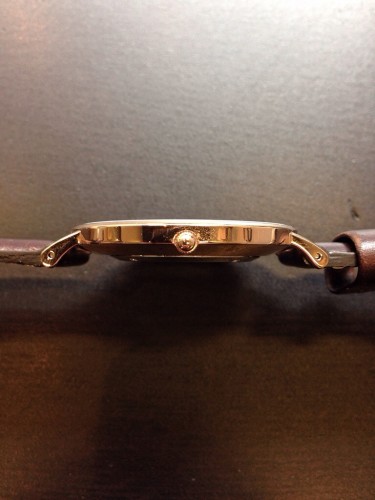 The other immediate recognition was how thin the face itself was. This is a discreet watch that fits easily under the cuff of a dress shirt and doesn’t wear as either too large or too heavy to be comfortable for extended periods of time. 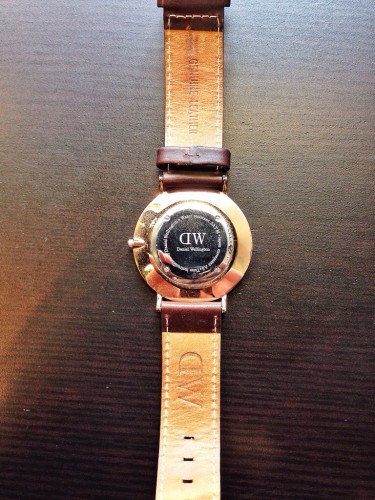 The branding is minimal and discreet – with the larger logos and product details on the back of the watch and the strap – leaving the minimalist face to its own devices.

I’ve had it for a few months and have honestly tried to find something with which to take issue. The leather took some breaking in but that’s standard procedure with a new strap and it shaped itself to my wrist after a week or so. The only con I could come up with was their lack of variety in face color and other design details. Again though, the negativity of that issue is entirely dependent on the customer’s point of view.

We’ll see how this baby does after a year of consistent wear, but I’m happy to recommend it after my initial experience. If you’re interested in buying one of these, I suggest you do so before the end of October as they are offering a 15% discount to my readers. Just enter the coupon code “masculine-style” at check out.