Gloves have been around for thousands of years. From armored gauntlets to work gloves, men have been protecting their hands for as long as they’ve known how to do so.

Being the dead of winter means we’re right in the thick of glove season. Of course, our needs are different now than they were fewer than ten years ago, let alone 50 or 500. Most men today carry around some sort of touch-screen device. Smart phones and tablets are nearly ubiquitous, and normal gloves fall short when it comes to being able to use our everyday hardware.

There have been multiple attempts at solving this problem over the years. I’ve purchased knit gloves with little slits in the thumb and forefinger and read about gloves with metal in the fingers that’s supposed to interact as well as a man’s flesh. All of these options have either left something to be desired functionally or aesthetically.

With this problem in mind, I was very excited to hear about an Italian company named Fratelli Orsini. They use a special coating on their leather that makes it look, smell, and feel as if there’s nothing different, but that allows it to respond to a touch screen just like a man’s skin does. 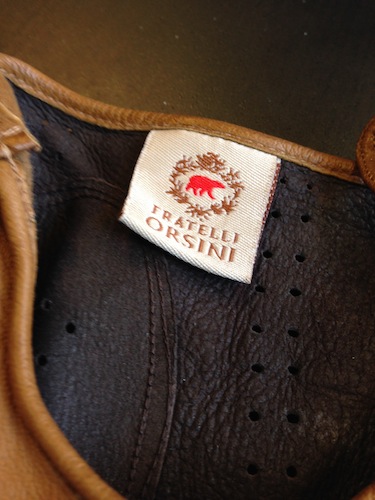 With their hand-made gloves created from Italian lambskin, cashmere, or North American deerskin, this company would already be well-poised to succeed. But their willingness to take their product a step further to fill their customers needs with modern technology is what could make them a game changer.

I wanted to learn more about their gloves and how they work so I reached out to them via their website. After a few back-and-forth questions and answers, they offered to send me a pair to review. I asked for their driving gloves in a tan leather. As tempting as the cashmere-lined winter gloves were, I tend to wear driving gloves year round – so I figured I’d get a lot more use out of these as a trial pair.

From the day they arrived these have been my go-to gloves. The touchscreen leather works as well as stated. I’ve never had it catch or have my phone fail to react. It’s also a big advantage to know that I’m not limited to using just one or two fingers like with most smart-phone-friendly alternatives. 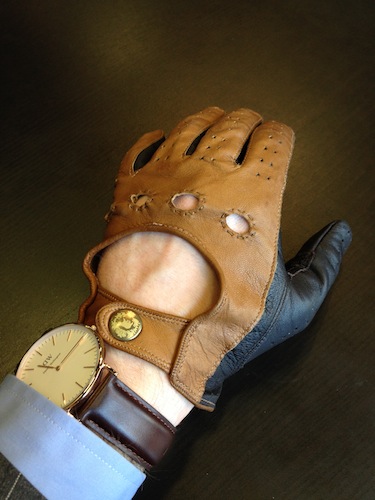 The leather is soft and comfortable on my hands, the fit is great, and they’re much more durable than other driving gloves I’ve owned in the past (not that I’ve had to lay down a bike or anything in them… yet). As can be seen in the photos, there are plenty of perforations that help prevent a man’s hands from sweating, ensuring a firm grip on a steering wheel or pair of handle bars. 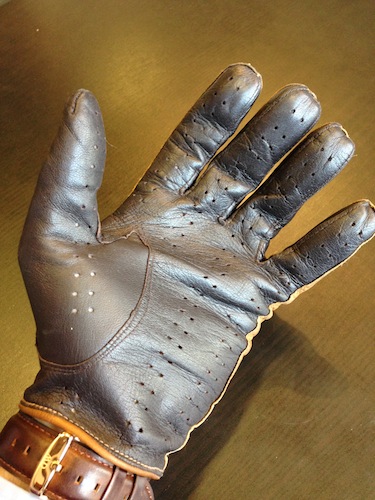 While I haven’t had any prolonged use of their winter gloves, I’ve had the opportunity to try a pair on and they’re extremely comfortable. After experiencing a cashmere-lining, I don’t think I’ll go back to anything else.

The only thing missing that I wish had been a part of the experience is an MTM option. My fingers are disproportionately short for the size of my palm, leaving me a bit too much room in each glove. Fratelli Orsini’s sizing is based only on palm width. While offering MTM versions would obviously increase the price, men like me would be happy to jump on it.

they aren’t cheap, but they aren’t prohibitively expensive either. These are a one-time investment that will last for years to come.