This review has been a long time in the making. In fact, I first created the draft for this post back around the first week of July. At the time of writing, I’d already been shipped two different pairs of Paul Evans shoes and was not happy with the end product. However, I decided to give them a chance to resolve a few concerns privately, before posting anything publicly. I’m glad I did, because I’ve been very happy with the results.

I was first contacted by Paul Evans more than a year ago. At the time, they were just getting off the runway and wanted to let me know about who they were and what they did. We talked about doing a review pair, but their inventory wasn’t going to allow for that until March.

Once their stock came around, we spoke and they sent me a pair of their Brandos – the mainstay in their collection. We went through the basics of sizing, color choices, etc. and a pair was on its way to me. 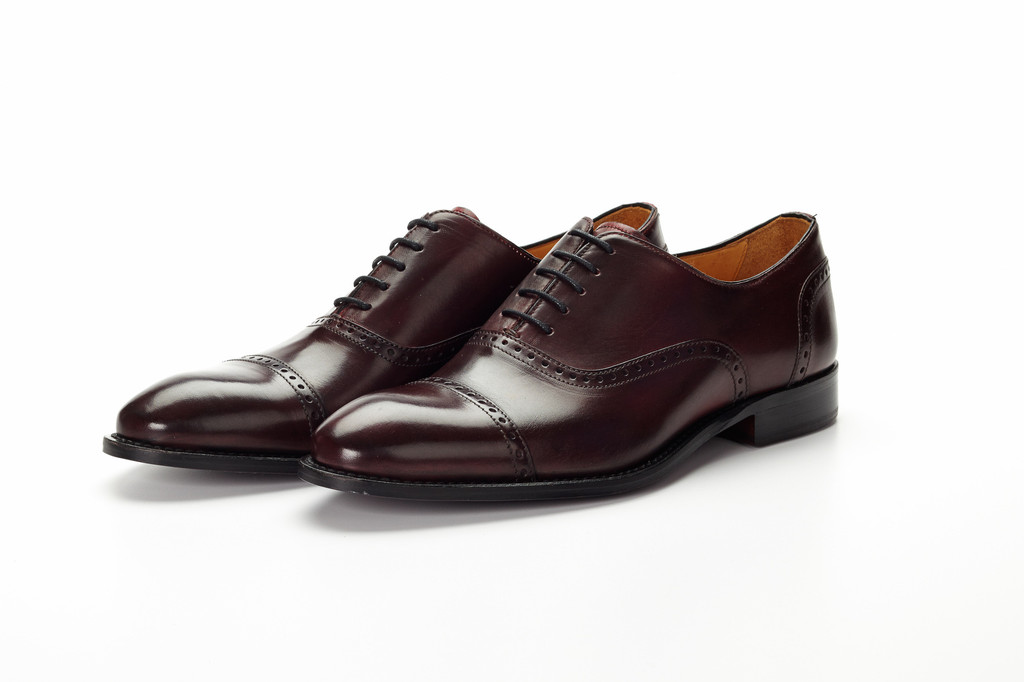 When they first arrived, I had two major concerns. First, the sizing was wrong, both in the length and width of the shoe. Second, the heel of the insole was raised to a point that made them the most uncomfortable shoes I’d ever worn.

Now, this is a normal part of the review or purchase process. Sizing is standardized but there are always going to be variations between different companies. So thus far, it wasn’t a point against Paul Evans. I reached out, let them know the concern, and we swapped out the pair I had for one a size smaller. Unfortunately, it didn’t alleviate the problem with the width, or with how uncomfortable they were to walk on.

I wore them on three separate days, and each afternoon chastised myself for not bringing an extra pair. They were still too wide – meaning my feet slid around everywhere, and that insole was painful.

This was the point at which I started to write up this review. I wan’t too happy with the shoes and had committed to leaving honest feedback on the site. However, like I mentioned above, I thought it only fair to allow Paul Evans to address the issue privately first.

We had a good chat about my concerns and they asked if I’d give them one last chance by trying out a different shoe – one that was made specifically with a flatter insole (the Martin). I agreed and we swapped shoes one last time.

As can be expected, when this third pair arrived, I was hesitant to even throw them on. But, once I did, all of my concerns dissipated. The width was no longer a concern and the sole, while still having more of a rise in the heel than I’m used to, was minimal enough that it went from being uncomfortable to simply unfamiliar. After two wears, I adapted and haven’t thought about it since. 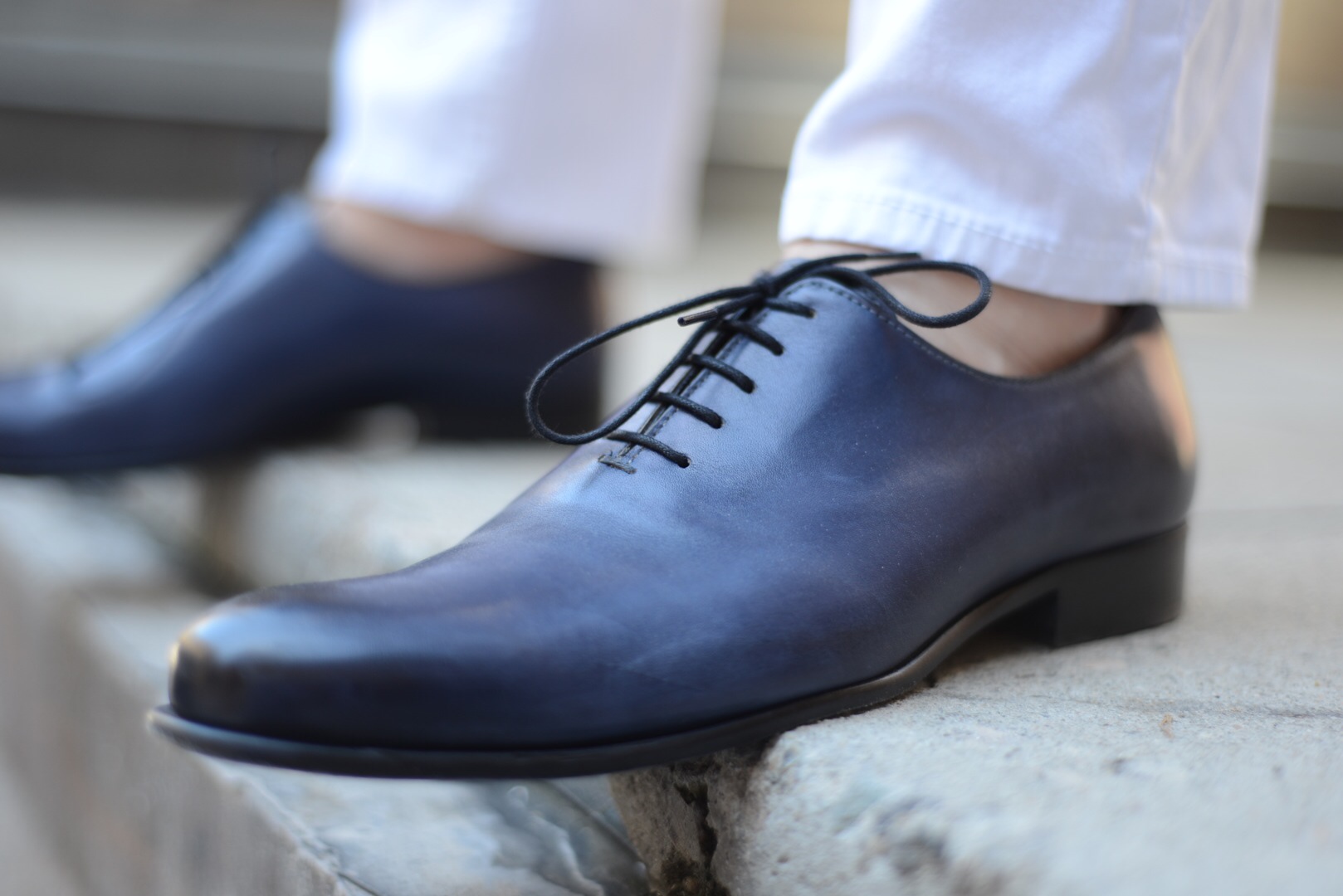 These shoes have found a regular rotation in my wardrobe.

With Beckett & Robb developing our own shoe line, I’ve had the opportunity to learn a lot about what goes into a quality pair. For me, this was never in question with Paul Evans. The Martin is made from one solid piece of Italian calfskin and has a Blake welt. Little details like the shape of the last, the chiseling on the heel, and the texture of the laces are all points in Paul Evans’ favor. It’s obvious that these guys took the time to design shoes that would appeal to men in either hemisphere.

The shape of both pairs I wore was more elongated than those of American brands like Allen Edmonds – making them a little less chunky and a little more streamlined. However, they’re not nearly as pointed and elf-like as many European brands I’ve seen and worn. The balance seems to be just right. 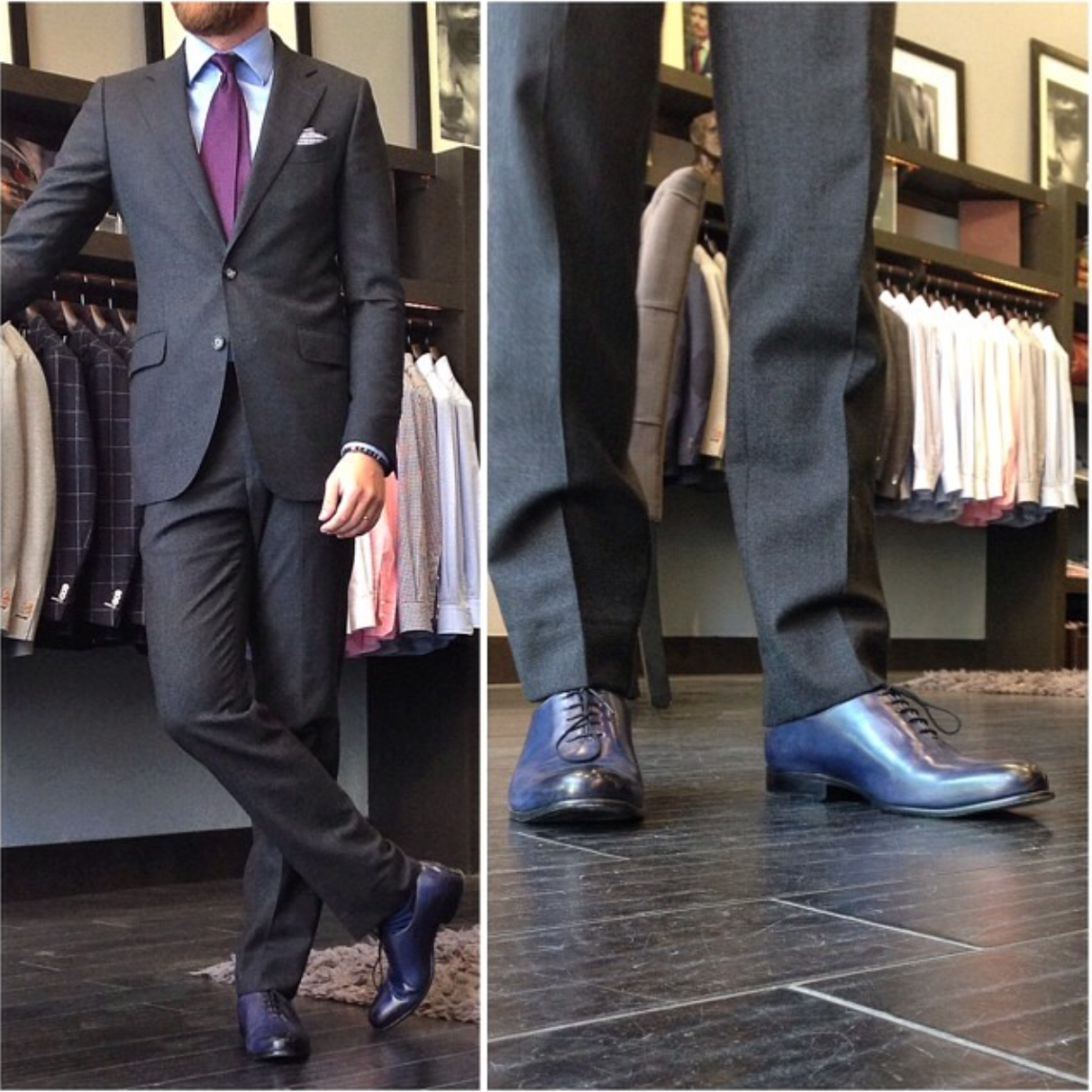 While they do recommend sizing down a half-size, I had to make the jump by a full increment. Men with narrower feet are better off cutting down on the sizing a bit more.

At $399, they’re not cheap. But it should be well established by now that quality comes at a cost. Compared to other shoes in a similar price range, Paul Evans offers up a serious contender from both an aesthetic and a quality perspective.