It’s no surprise to most men that anything found from a top-tier designer is going to look overly effeminate or too stylized. Even if they do design the occasional piece that looks masculine, it gets snatched up by effete hipsters who ruin all traces of masculinity in it (the lumberjack look anyone?).

But that doesn’t mean a man who likes to look like a man can’t take some cues from these designers and find something to wear that will make him stand out and still look like a man.

Here’s an example I found the other week. 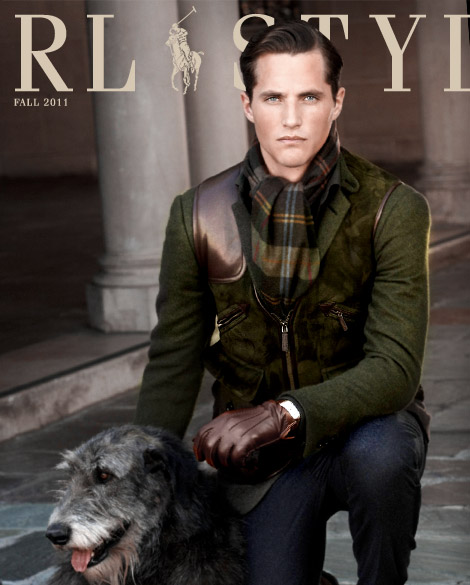 As “hard” as he tries to look, this guy is relatively girly. But take a look at his traditional hunting vest. The leather is used to pad your shoulder from the butt of a shotgun. It’s in camo and he’s wearing it over  a tweed jacket. It even has cargo pockets on it. All of these are very traditional and very masculine in both style and function. So what separates this vest from one you’ll find at Cabela’s? First it looks like it’s made of wool instead of some modern synthetic blend. And second, is the fit. This is tailored to hug this guy pretty closely. I would assume that, were it not over his jacket, it would still look fitted but be roomy enough he could breathe.

For some reason, puff vests are huge right now. Men’s magazines are talking them up and it seems like every style blogger has a post featuring them. I like the way they look. But I’m going to scour eBay until I can find a traditional shooting jacket. It’ll be a quick trip to the tailor and I’ll have something that is unique, stylish and unquestionably masculine.