Back To Blog
Streamline Your Wallet with Chester Mox
20 December, 2012
Clothing

Good style is all about the details – be it the shoes on your feet, your favorite pair of cufflinks, or getting that tie knot done just right. Paying attention to detail is what will separate the pros from those who are just learning.

In the past I’ve talked about the importance of trading out your Costanza wallet for something slimmer, more masculine, and more unique. A wallet is one of those finer details that won’t get noticed immediately, but does eventually. It also is one of those things that won’t necessarily make a great impression, but a bad wallet will break it.

I’ve been converted to the slim card case for almost ten years now. I’ve had more than a few and have even made a couple myself. However, last year there was a leather company that came on my radar named Chester Mox. Located in the heart of Los Angeles, they have been making wallets and passport holders for the last five years. Every piece is made by hand and laser cut to ensure accuracy and precision. They also make it a point to use top-quality Horween leather in each of their products. You’ll pay a bit more than you would for a cheaper brand, but a quality wallet is worth the investment.

I’ve had a chance to communicate with the men at Chester Mox and have really enjoyed getting to know them and their approach to their business. They’re a small operation and still retain all the personality that comes with that. They also are able to focus on quality over quantity. 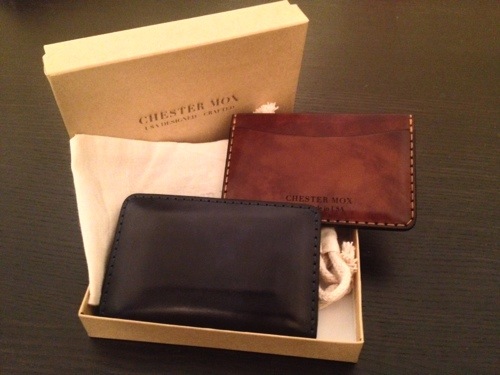 For the last month or so I’ve been able to rotate through two of their wallets – the Saffron side wallet and deep blue bi-fold . Both have held up very well, gotten me quite a few compliments, and even established a bit of resentment from my younger brother who is raw that I won’t give him one of them (I’m a jerk of an older brother like that). 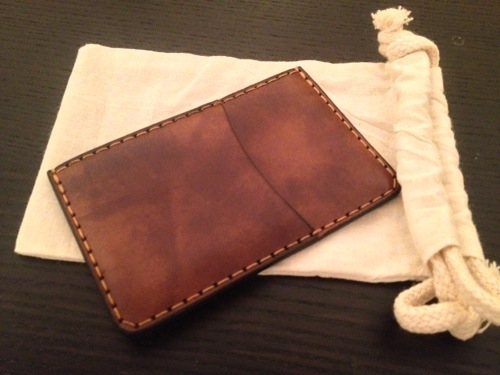 I originally asked to try out the side wallet and this was the one I was most excited for. The coloring is unique while still looking classic and the sizing is great. The point of getting a slim wallet is that you carry less. I have my license, debit card, credit card, concealed carry permit, small insurance card, and a $50 that I keep with me. That’s it. If I want to carry more cash than that I will bring a money clip. 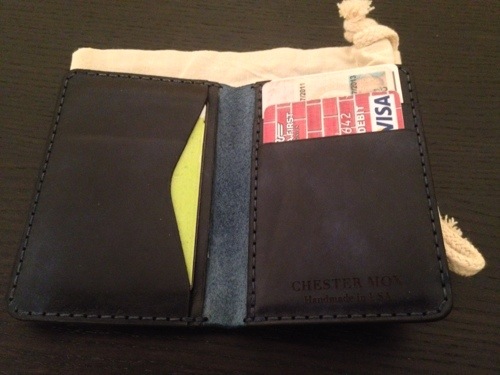 The other wallet they sent me was a billfold. I was initially a bit skeptical because these tend to bulk up quickly and easily but it’s been the wallet that has seen the most use of the two. I love this thing. The dark blue color is definitely something that I haven’t seen on another man and the leather is soft and supple. For a billfold it’s as small as they come, which means it doesn’t feel any different in my back pocket than the card case does. By having a bit more space I’m able to stuff a few business cards in there and not have to carry around my business card holder.

On top of using top-quality leather the beauty is in the details. 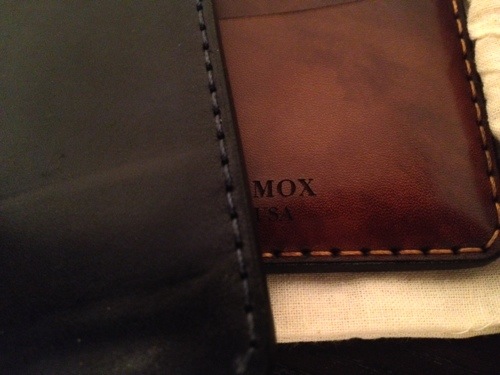 All the hand-stitching is extremely clean and uniform. 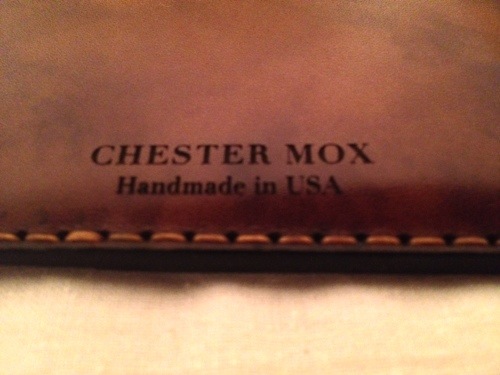 Lastly, their wallets allow for some customization. Each comes with a lazer-cut logo from Chester Mox but, for a little bit extra, you can have them do the same thing with a motto, name, or initials on your wallet. If you’re a fan of the monogram, it’s a great customization to have.

I had originally planned on doing this review with the typical break down of Good, Bad, and Fence but after having had these for a month I don’t have a single bad thing to say about them. I’m not even on the fence; these wallets are great. The only thing that might turn some men off is the price but it’s worth it when you realize you’re buying an item you will use daily and will last years.

PS. I’m having a holiday sale. You can get a Basic Consultation for only $15 and that $15 applies to new clients pursuing Event or Online Consultations as well.