One of the quickest growing communities – both on YouTube and elsewhere – is the fitness world.

If you would have asked the average man what his one rep max on his deadlift was 10 years ago, anyone but a former athlete would have given you a blank stare. However, the last few years have seen a huge increase in the presence, popularity, and viability of fitness.

As you can imagine, this increase has also led to some big names within the industry – many of whom have entire lifestyles and personal brands centered on their own fitness goals and their desires to share those goals with the rest of the community.

Well today we’re going to talk about one of the fastest growing celebrities within the men’s fitness world – Christian Guzman.

Guzman is a Texas native and was a self-proclaimed skinny kid throughout middle and high school.

While he wasn’t a school athlete, he did join up with a group of friends and start lifting weights three days a week during his final years of high school. It was these lifting sessions that first exposed him to a lifestyle that would eventually come to define him.

He’s been active on YouTube since March of 2012, has quickly grown a loyal following, and become what many in the industry consider to be a “polarizing pretty boy”

And while the debates about whether he’s natural or not are better left to other fitness channels, what I want to dive into today is how Guzman’s style and Presence have helped him build the brand he’s so well know for.

Whether you’re a fan or not, Guzman has made a name for himself in YouTube fitness world, and a big portion of his ability to do so is his style. 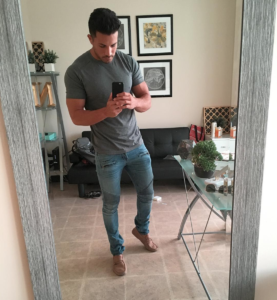 If you were to peg Guzman’s clothing choices with a single word it would be streetwear.

It’s a fitting aesthetic for a man who spends his time in the gym and building a clothing brand focused on athletic apparel.

He started off as you’d expect most guys to, wearing simple T-shirts, basic button-ups, and the occasional college shirt.

However, as his channel and personal brand began to grow and unlike other fitness celebrities and icons, Guzman didn’t just stick to his gym clothing or athleisure.

In fact, while many athletes and most fitness aficionados are more concerned with wearing as much of their gym clothing outside of the gym as possible, Guzman will occasionally lean the other direction.

Which is not to say he doesn’t spend a fair amount of time in gym clothing. A quick session on both his channel and Instagram profiles will suggest otherwise.

But his style is evolving to include more than just the typical gym shorts and brightly-colored, heavily branded athletic apparel most associated with the industry.

The evolution is possibly most obvious in what he’s doing with Alphalete. The original designs didn’t look too different from what he was doing with Gym Shark, which aren’t all that unique from any other brand in the sphere.

But recently Alphalete started making a “lifestyle line” of clothing designed to be worn outside of the gym – asymmetrical shirts, pocket tees, fishtails, and scoop necks are all part of the new offerings and are typically clothing avoided in the gym, but Guzman will often be seen working out in his streetwear inspired clothing.

Both in and out of the gym he embraces slim fits and minimal patterns.

His typical “uniform” consists of a solid T-shirt (occasionally with an Alphalete logo) a pair of skinny jeans (moto, distressed, or some other detail that makes them look unique), and an interesting pair of shoes. 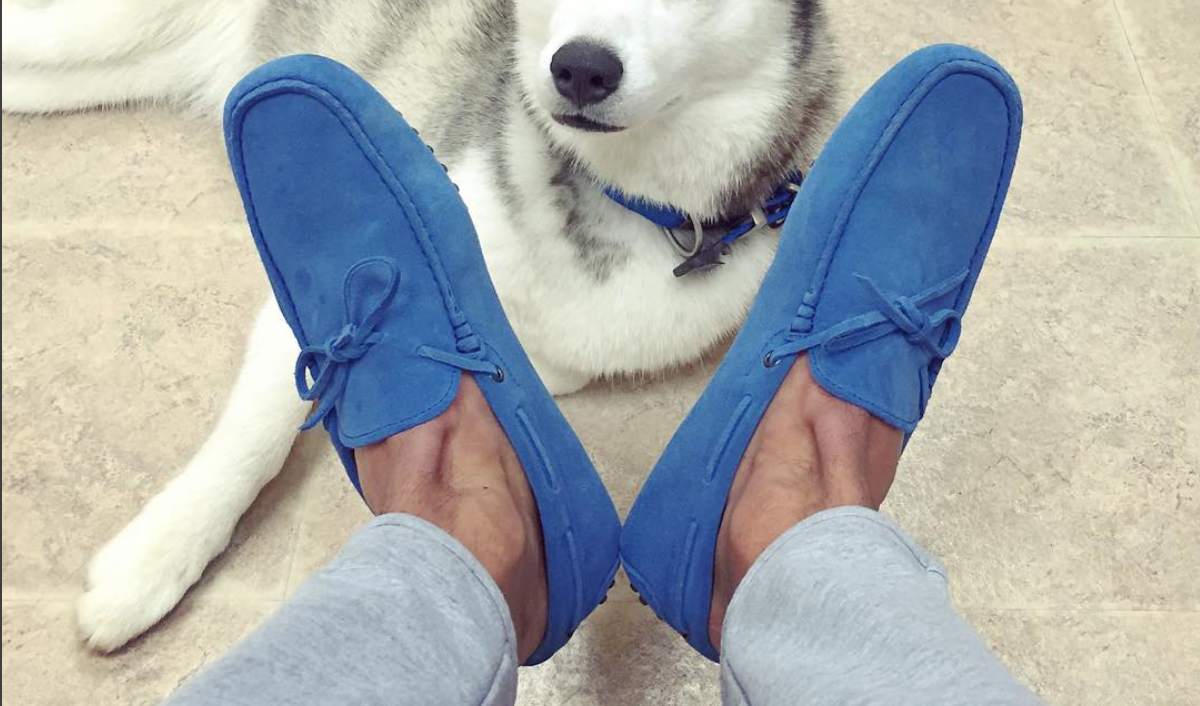 And speaking of shoes, they are one of the key, distinguishing factors of Guzman’s style.

Throughout his videos he will be spotted wearing a few different pairs of coveted Yeezys, indicating both his access to a harder-to-find shoe, his willingness to spend more on his clothing, his awareness of styles and trends occurring outside of the gym, and his desire to demonstrate his success in subtle and not-so-subtle ways.

Because of the price, availability, and overall design of the Yeezy, they’re not a pair of shoes you accidentally end up wearing. You go out of your way to buy them because of what they signal and Guzman has done this in multiple color ways.

On top of his Yeezy’s he leans towards two different types of shoes. The first is the bright loafer and, while he’s not wearing them as often as he used to, they still make the occasional appearance on his channel.

These are attention-getting in that they are solid, bright, in-your-face colors that don’t want any subtlety. Guzman wears them well because the rest of his clothing is so simple that it doesn’t compete with the loudness of his shoes.

Even the style of shoe is unique though. Trying to squat in a pair of driving loafers has disaster written all over it. So by choosing to wear shoes like these, he subtly communicates that he’s not a one-dimensional gym blah and has more to him than how much he can bench press.

The third most common style of shoes Guzman wears is the Chelsea boot. And, while they’re not as bold as the bright loafers, they do still indicate a life outside the gym, an attention to aesthetic detail, and an awareness of current trends and styles.

Boots also have a bit more of a Texas feel, while the Chelsea style remains more rebellious and rakish than traditionally rugged. 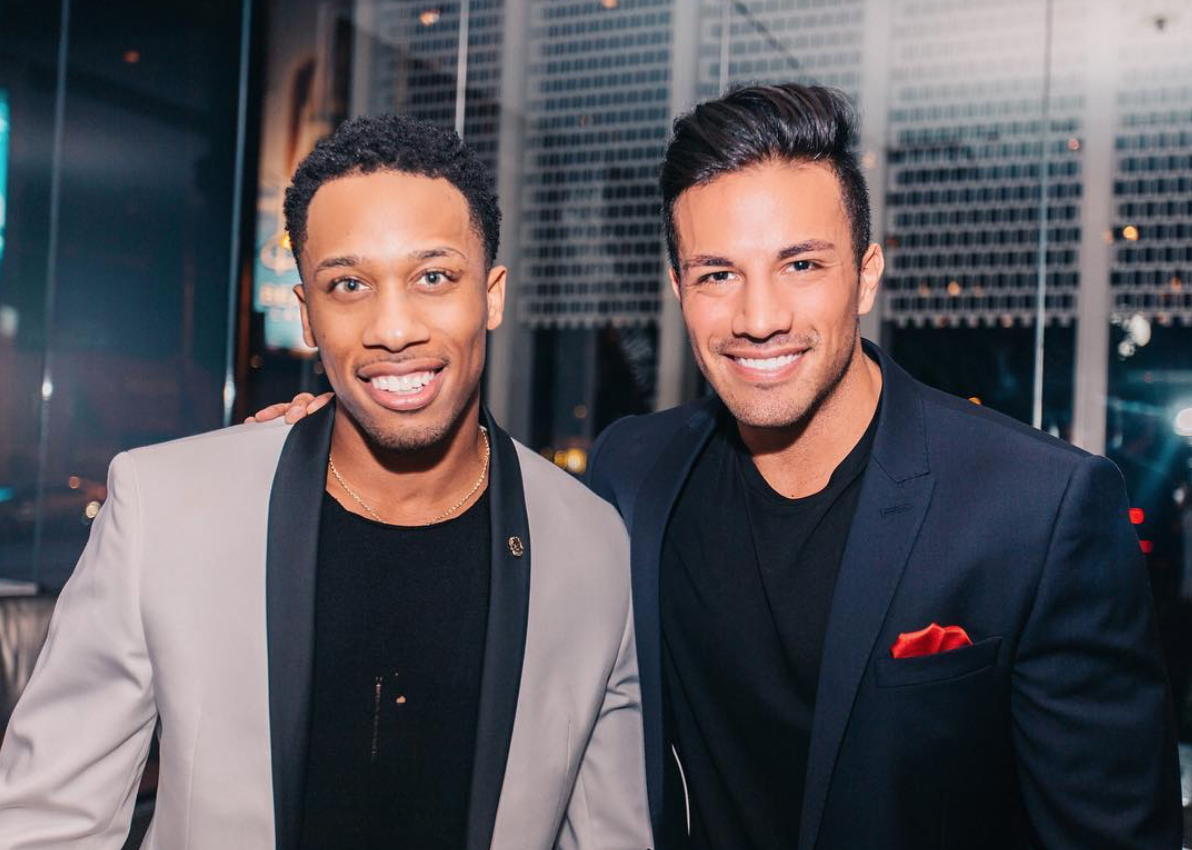 The one problem with having such a consistent, albeit evolving, uniform is that he doesn’t wear things as well when he’s branching out.

I personally hope to see him embrace a better, more developed, and more consistent style in environments and scenarios that may not be as common for him, and believe his doing so will only help to increase his reach and his appeal.

A man who can afford Rover, Ferrari’s and Lamborghini’s can certainly afford to do better than Zara for suits. But, because he’s rarely in something more dressed up than his day-to-day outfit his style falls short in other areas.

And yes, his choices in vehicle certainly are applicable to his style.

Just like you don’t accidentally pick up a pair of Yeezys you don’t just happen to pick up a new Ferrari.

One of the best things about Guzman is that he uses his style, both in his clothing and his other aesthetic choices (home, furniture, vehicles, etc.) to show his success. 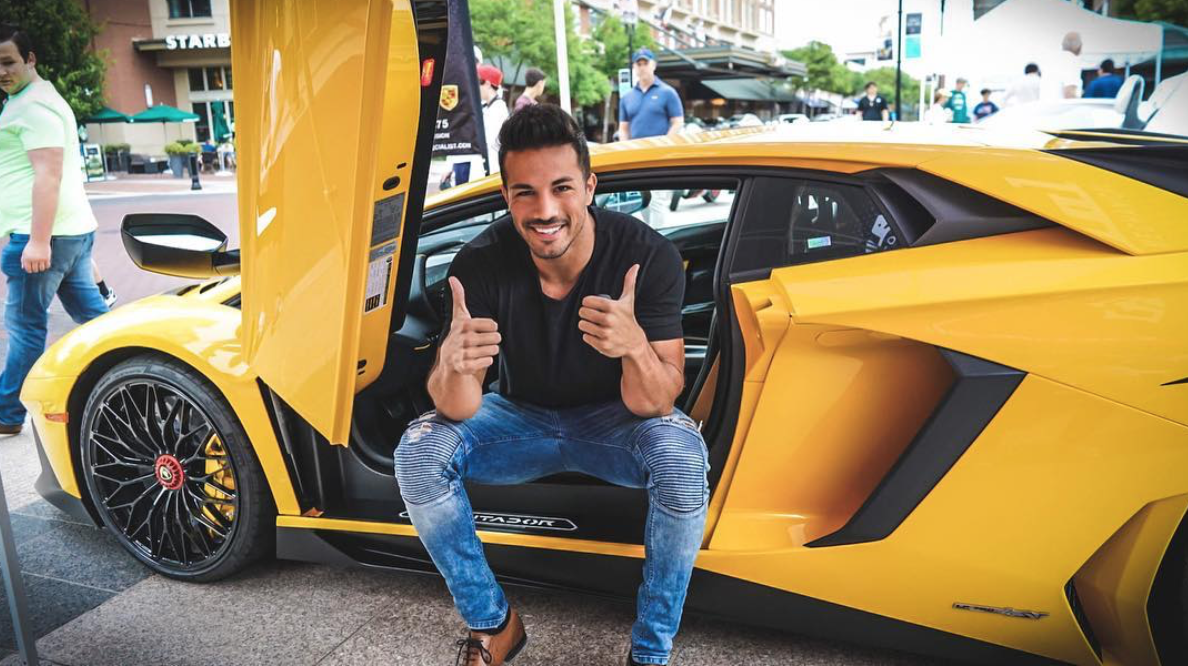 He’s young and has started to build a real name for himself and, rather than being shy about it, he’s embracing all of the associated trappings and decisions.

Some will resent this as shallow, vain, and materialistic – which it very well could be. But my own impression is that Guzman genuinely enjoys these things and he shows them off as a way to help his viewers believe they can attain a similar level of success.

Based on all of this information, I’m going to breakdown Guzman’s Style Archetypes as follows

Don’t know what I mean by Rugged, Refined, and Rakish? Click on the link below to take a seven-question quiz that will help you determine your primary Style Archetype. It’s the easiest, most effective way to learn how you should be dressing as you start to improve your appearance. 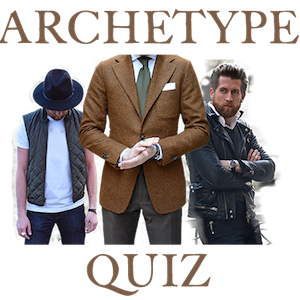