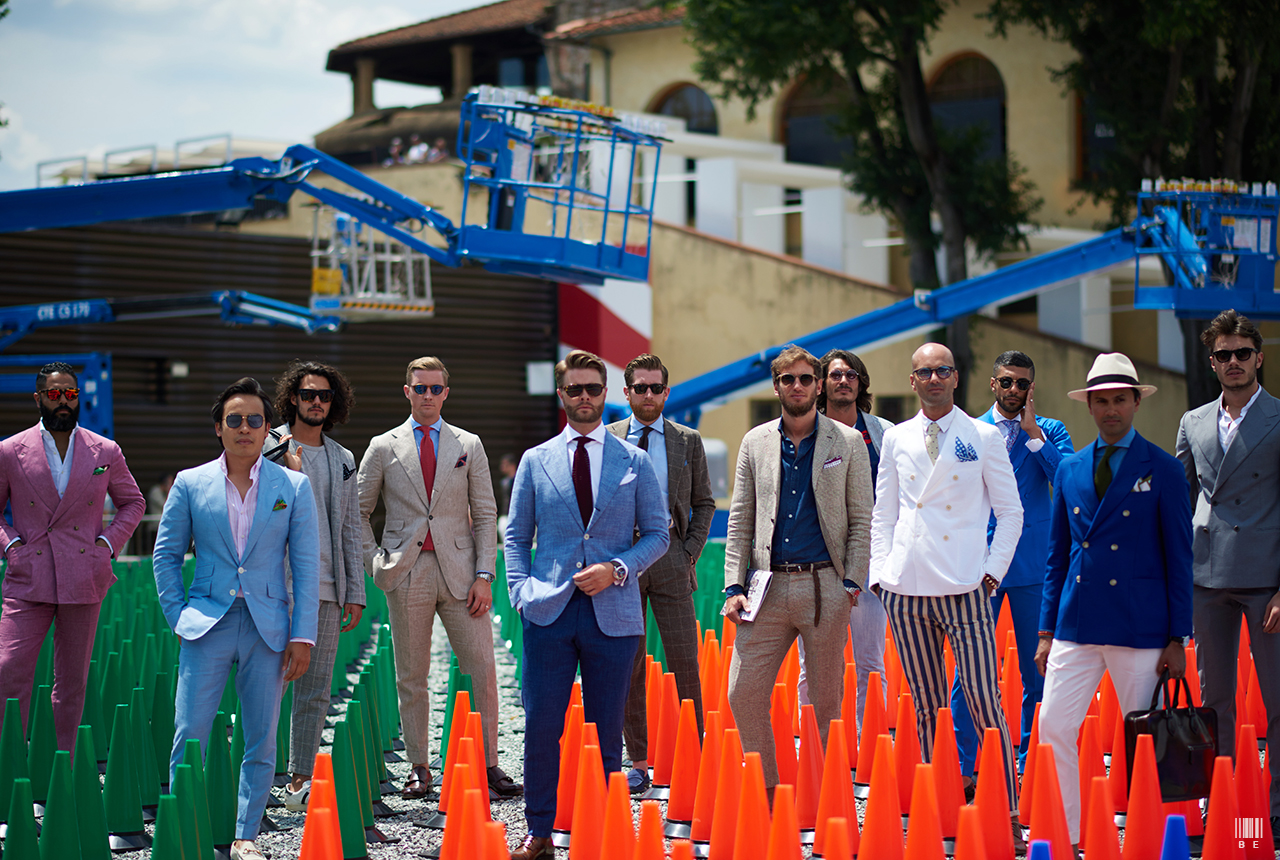 While I was in Florence last month I was able to be part of one of the more interesting menswear-related discussions of my life. It was a debate between two men in the suiting world – one who chooses to use tailors in China for his company, and the other who won’t work with anyone but Italian artisans.

The man who was arguing in favor of the Chinese was making his main point by saying that they will do whatever it is he asks of them. It doesn’t matter if it’s a natural shoulder, a 90 degree notch lapel, double pick stitching, or any other detail he can think of. As long as he can provide them with a few good photos and maybe a tangible example of what he wants, they’ll do it. Not only will they do it, but they’ll replicate it on each garment and have it delivered to him and his clients by a precise date.

The man who was arguing for the Italian artisans was saying that menswear, and especially tailored suiting, is much more art than science and, while the Chinese may be able to replicate anything that’s thrown at them, they didn’t grow up steeped in the culture of suiting. It’s not the way they were raised and it’s not in their blood. He argued that the Chinese may have the hands to properly execute a specified detail, they don’t have the eye to create or appreciate the art of suiting to the same effect the Italians do.

The reason this is so interesting to me is because it translates over very well from the men who create clothing to the men who wear it. Over the years I’ve met and interacted with many men who understand the science of style but didn’t reflect any personality in their clothing. Their fits often appeared robotic, automatic, and bland – even if they did perfectly execute on all of the rules of style. Their was no art or personality to the clothing they wore.

On the other hand, I’ve met just as many men who were all art with no framework. They’d throw things on knowing they’d probably look good, but not necessarily knowing why. They had an inherent level of taste, but no way of understanding what that taste was based on. They missed a look almost as often as they nailed it.

None of this is new and I know I’m not the only blogger to try to articulate the need for both the science and art of clothing and appearance. However, I believe there’s a third part that doesn’t get discussed – the philosophy.

This may simply be another way of saying something I’ve been saying all along, but I believe it’s absolutely necessary to understand the impact of dressing a certain way. Style is not created in a vacuum and both the science and art are worthless if they’re not rooted in something more personal.

The longer I write about menswear the more I learn that it’s truly a medium by which a man can quickly communicate who he is and is place in the world.

My time in Florence was eye-opening in that I was surrounded by some of the biggest names in the industry and most of us were dressed similarly. There were few socks to be seen, higher waists on trousers, lots of straw hats, plenty of loafers, and a good mix of suits and jacket/trouser pairings.

The key structures weren’t all that different, but the execution in the details provided ways that each man could express who he was. There were men who saw style as a personal uniform and wore the same three outfits, with very minimal variations, every day. Others wore items so garish that it was obvious that their primary goal was to stand out in a crowd of peacocks and their primary value was uniqueness. Still more had subtle variations but chose cuts and designs that emphasized the quality of the cloth or craftsmanship.

This bubble doesn’t only exist at an event like Pitti either. I notice the same phenomenon when I’m in the gym each week. There are men there who try a little too hard to act like they don’t care about their clothes and make it a point to wear old things each week. There are others who are outfitted in all the latest Reebok gear and embrace the aesthetic of the crossfit culture. Still more have subtle variations but choose to follow a pattern of shorts (not too baggy, not too loose), a solid T-shirt, and a clean pair of gym shoes.

All of these men, in any of these environments have a philosophy to their clothing. It may not be conscious or practiced, but it’s there. And, just like Jack and I talked about in our discussion, clothing is a tool each man should have on his belt. So knowing one’s own philosophy, developing it deliberately, and teaming it up with the science of style and a little bit of taste is the best way to wield that tool.