Back To Blog
Your Clothes Tell a Story
7 March, 2017
Clothing

What is up? And welcome back to part 3 of the Dress Like a Man series!

Since 2010 I’ve helped thousands of men start or advance on their journey of overcoming mediocrity and killing complacency through the simple act of dressing intentionally.

The clothing we put on our body can either reaffirm the story we’re already used to telling ourselves or others, OR it can help us as we start to tell a new, better version of our story.

Before we go any further, you need to make sure you’ve the first two posts in this series. They not only set the tone, but some of the things I teach in those videos are the foundation for what we’ll be building off of today – so make sure you go check those out if you haven’t already.

Ok, so let’s talk today about moving beyond the simple science of style and having a few Staples in your wardrobe.

Remember though, you don’t want to jump ahead of yourself.

Be ok with “Beginner”

One of the biggest tells of someone who is both new and inexperienced at dressing intentionally is the overcorrection.

You’ve probably seen what I’m talking about. It’s the guys who decide they need to be wearing ascots, furry hats, or three-piece suits in order to have their clothing work for them instead of against them.

But here’s the problem. As my friend Ed Latimore said,

“We are all beginners in the same way. It is only when we reach mastery that styles emerge. Any complex skill will always produce different styles at the top levels. This happens because there are a set of fundamental ideas that everyone participating in must understand.”

You need to be ok with being a beginner and moving up the ladder at your own pace – whether that’s quickly or slowly.

If you start trying to create your own style or emulate the masters without understanding the basic principles, you’ll fail nine times out of ten.

Think about how effortless Olympic athletes make their sports look. Think about how they each have unique styles and approaches to their respective events. 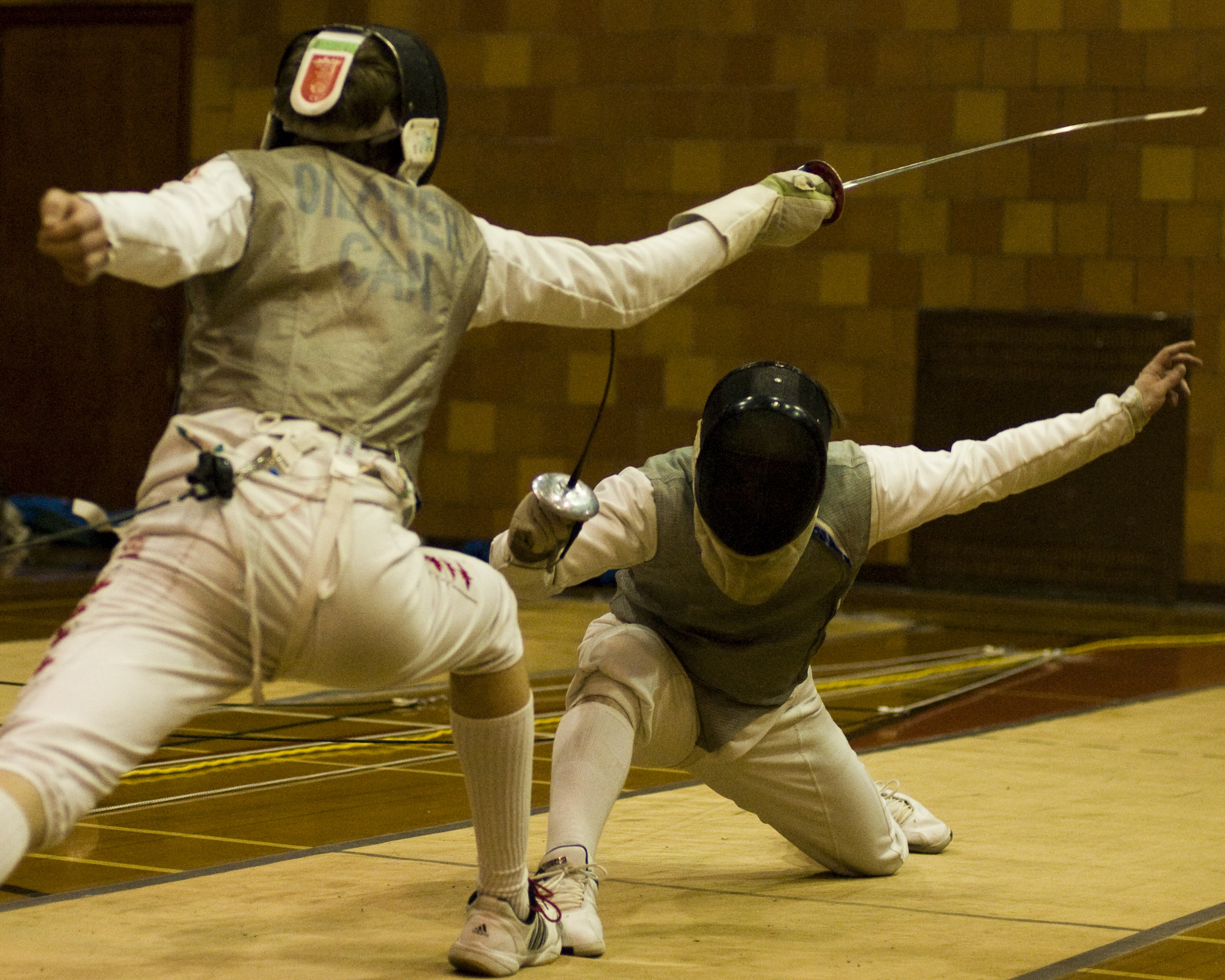 Focusing on the perfection of advanced techniques without familiarity with the basics is just as misguided in developing your style as it is in sports, music, or any other fine skill.

Basically, if you don’t understand some of the science of style and own a few basic items, you’ll be making your transformation much more difficult than it needs to be.

To take it to the next level, you need to understand that clothing is communication and your style is telling a story.

I want you to think back to last film or book that really resonated with you. Think of the story of the hero, the challenges he faced, the growth he experienced, and the man he became at the end of his journey.

Now think about that same story from the perspective of the author or the producer. These creators are incredibly compelled to tell good stories and, as part of their process, they want to ensure that everything is presented just right.

Which includes the clothing their characters wear. Whether that story is set in feudal Japan, urban New York, or a space station 500 years in the future – one of the biggest factors used in telling the story – separating the good guys from the bad, demonstrating the growth or struggle of the hero – is the clothing they wear.

No, clothes don’t make the man. But they do help set the stage. Go thumb through the first page of any novel and see if the author doesn’t take some time to describe what the characters are wearing.

Go rewatch your favorite film and see if the characters are wearing amorphous, androgynous grey pieces of clothing making everyone look the same.

The best storytellers in the world understand that the way their characters look will help audiences either identify with or reject them more strongly. Heroes look like heroes and villains look like villains. History and culture are full of men who dressed differently than we do today. And even the things people wear in the 21st century tell different stories.

Take a minute to look at what you’re wearing right now. What does it communicate to the world around you? If you were to see another man with the same clothes you have on right now, what would your assessment of him be? Is that the story you want to be telling? Does it need a complete revamp or maybe just a little editing?

To elaborate on this idea, we’re going to talk about two of the main stories men are concerned with telling other men – Mastery and Loyalty – and how your style can contribute to this communication.

Mastery is a huge component of how men interact with each other. It’s how we know if a man is worthy of our respect, admiration, maybe even our fear. It’s helped established hierarchies and organizations for millennia.

Think about the men you and others look up to. Part of the reason we admire them is because they’re masters in their own domains. The best athletes, artists, and businessmen all succeed because of their mastery.

We value those who are above average – and it’s part of the reason we want to rise above mediocrity ourselves.

Ok, so all of that is well and good, but how does that translate over to your style?

Well let me give you a concrete example in a world I’m very familiar with – suiting.

It should come as no surprise to you that not all suits are created equal. Yes it’s easy to tell the difference between a suit that fits and one that doesn’t, but mastery doesn’t end there.

Most men will immediately start to think of big, loud, obvious ways to improve their suiting. They’ll think that a demonstration of mastery requires bright colors, bold patterns, and unique fits – things that anyone who’s not into the suiting world would see and realize that it makes a suit unique.

But the real masters in the world know that those things can correlate with better suiting, but they’re not the cause of it.

For that, they look at much more subtle indicators.

Take, for example, the barchetta pocket. 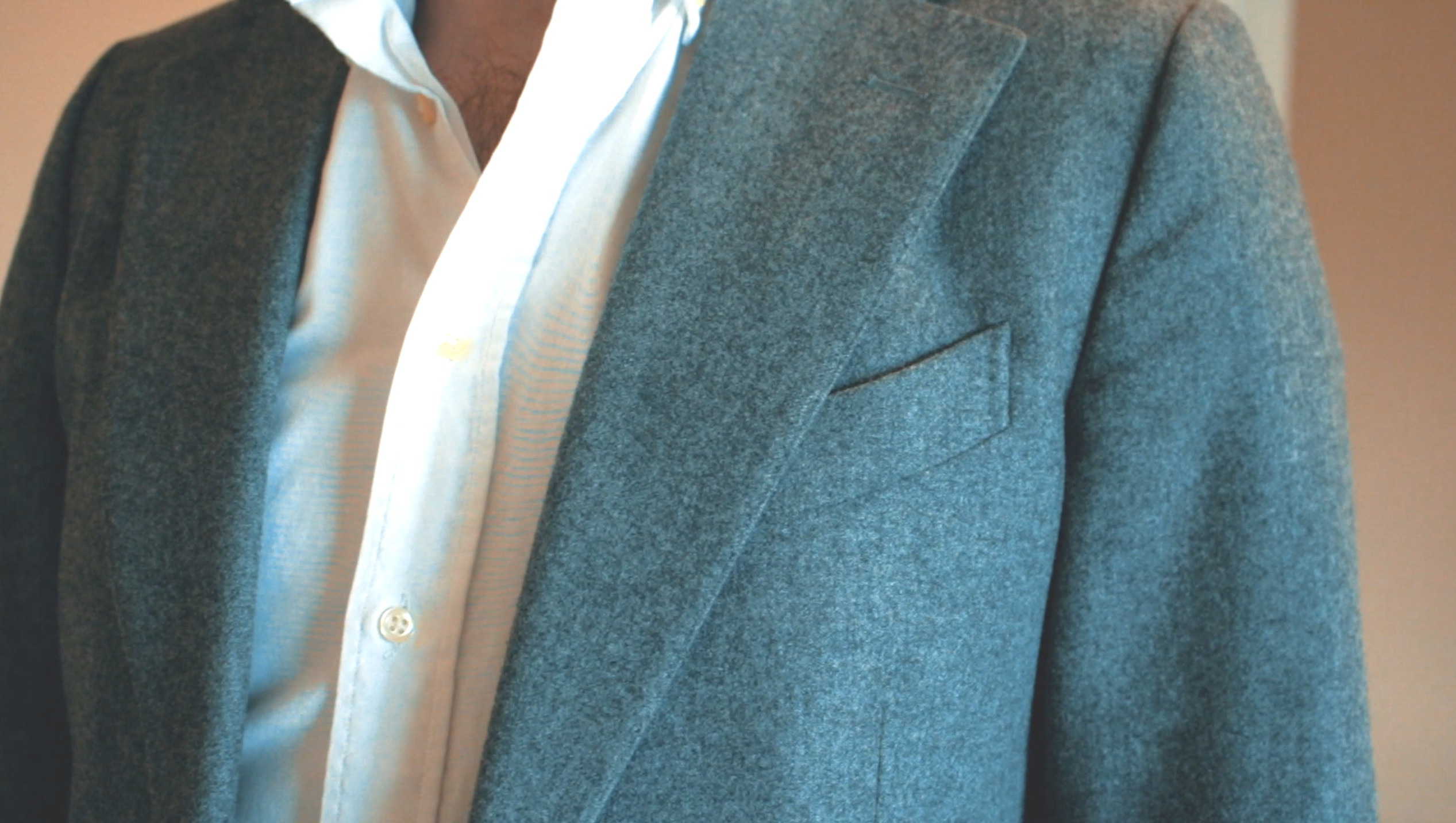 This is a version of the breast pocket that curves up, rather than cutting straight across. To the uninitiated, this can look odd or even amateurish – and that’s assuming the average man will even notice it.

But those who are part of the sartorial tribe will recognize it as an indicator of both Mastery and Loyalty – Mastery because they understand that the pocket curves that way because this helps it drape across the chest better and Loyalty because they know it’s a detail that’s typically only worn by those within their tribe. Your average department store suit isn’t going to have a detail like that.

Or look at functioning buttonholes on a jackets sleeves. 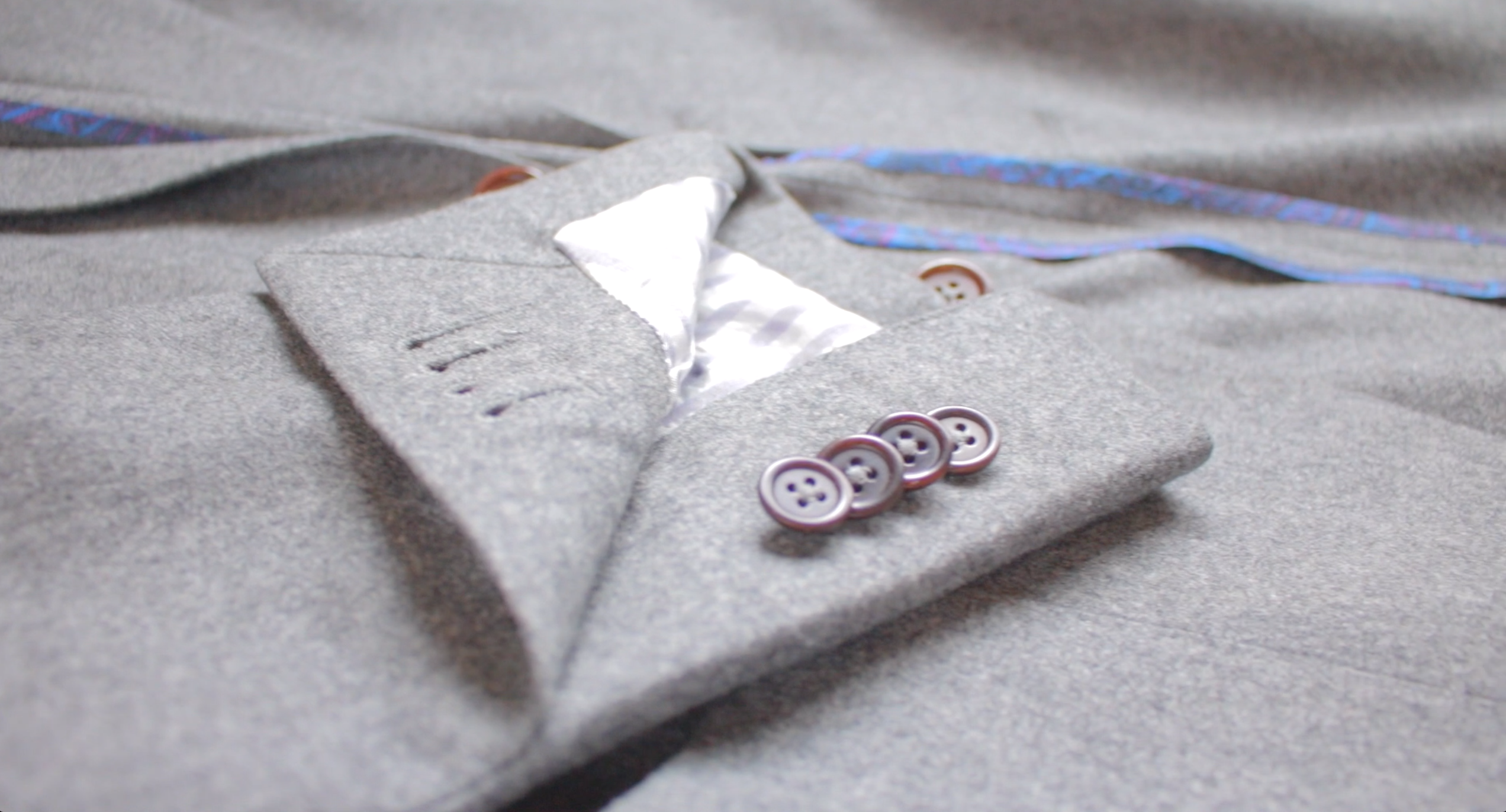 Most men don’t even realize the buttons on the cuffs of the average suit don’t work. Or if they do, they just write it off as an anachronism from a time past when, for some reason, the sleeves needed buttons.

Whereas, once again, those who are in the tribe will use functioning buttonholes as a way to demonstrate Mastery and Loyalty.

Mastery because functioning buttonholes limit the adjustments that can be made to sleeve lengths – which means they’re typically only made on custom pieces. Loyalty because it once again shows that the man wearing the jacket knows enough about the more subtle components of suiting and embraces them.

Many of us in the sartorial world will leave one or two of these cuff buttons undone – not because of any improved function but because it signals both Mastery and Loyalty to those who know what they’re looking for. 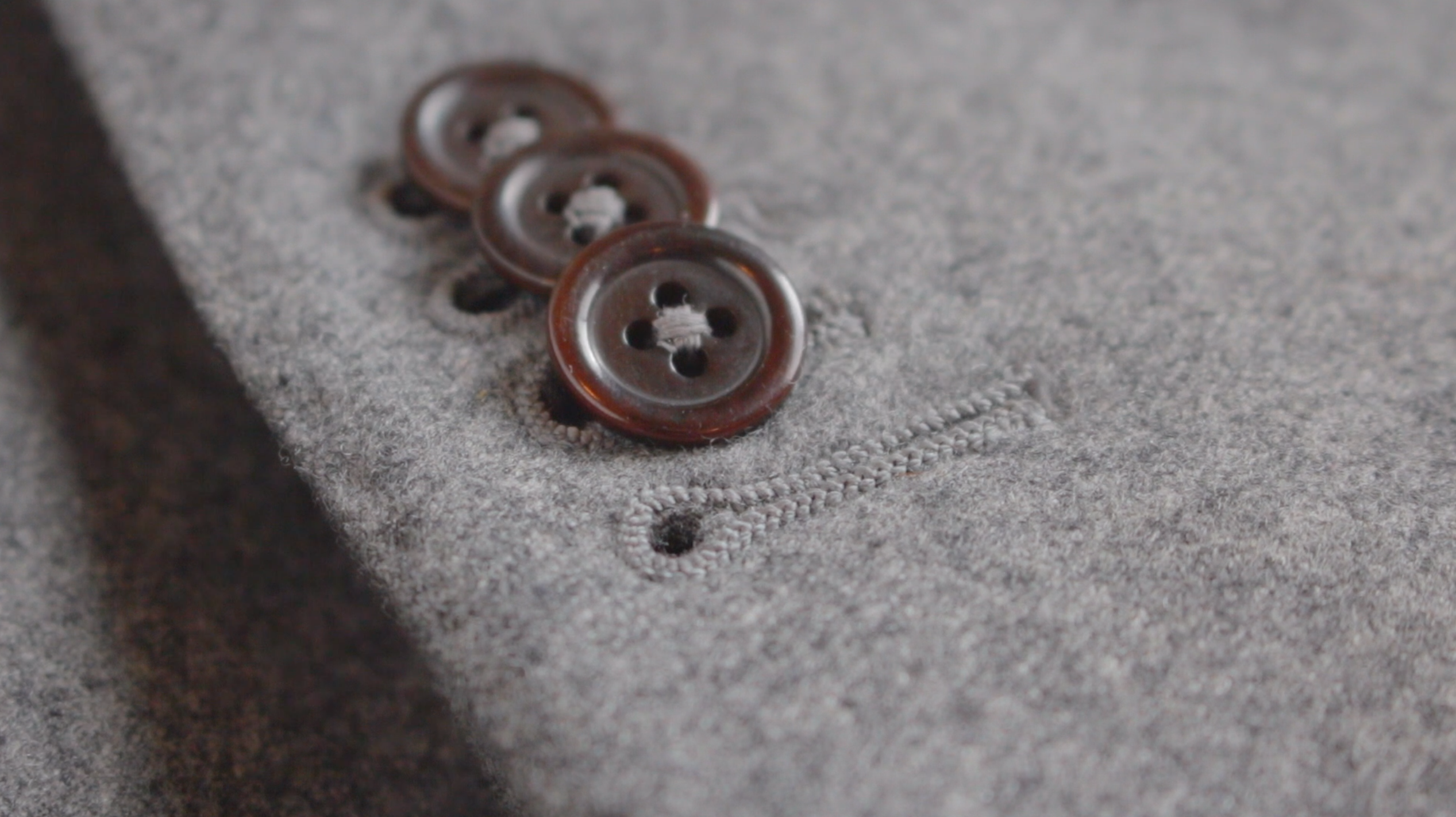 Add to these other details like soft shoulders, big-bellied lapels, sweeping front-quarters, along with ways to improve the fit like adjusting for posture, shoulder slope, and sleeve pitch, and you have something that won’t ever look like a simple, basic suit – even if it’s made out of a plain navy twill.

Now, even if you’re someone who isn’t interested in fine suiting, these little details still stand out – whether you can point them out and articulate them or not.

Which brings us around to one of the biggest and most important points of dressing intentionally.

If you start with those same ten items I told you about in the last video and want to expand from there – you’re not limited to buying more and different clothes.

You can take those same ten items and purchase variations of them that are better. That navy sport coat I wore in the second look? There’s some real mastery there – both in how it fits and how it’s constructed.

If you think a piece like that is boring or lacking any personality or uniqueness, it’s because you’re assuming that the only way to be better is to be more unique.

This doesn’t mean you shouldn’t go out and pick up more things. The vest I’m wearing in the video that accompanies this post isn’t one my 35 Staples, but don’t think the only way to tell the story you want is by wearing things no one else is wearing.

You can do the same thing, only better. After all, the best athletes aren’t playing a different sport – they’re just excelling more than others.

So there’s the basics of it and here’s your formula.

Learn the science of style – things like fit, color, and pattern.

And then get deliberate about what stories you want your style to tell and how it’s going to do so.

It’s the formula well-dressed men have used forever and it will work for you too.

So, if you’re ready to really dial this in – to stop dressing like a slob or a clown – to really start dressing in a way that leads to real-life benefits, I’m going to be releasing a course in the next couple of days.

This is the way it works.

I take the things we’ve talked about over these last three videos and dive in deeper. I give you all the science of style stuff – fit, contrast, color, pattern, and face shape. Then, you get all 35 items I recommend you have in your wardrobe. And finally, I tell you all four of the main stories men care about telling each other, along with examples of those stories can be told through your clothing.

The next post is going to have more details on what this looks like, along with a special offer for you guys who jump on early. So, if you’re not already, make sure you’re subscribed to my newsletter. That way you’ll know as soon as this becomes available.

In the meantime, I want to hear from you. What are some ways – subtle or stronger – that you’ve been able to dress intentionally and have it tell your story. Leave me a comment below!