As important as proportions and fit are for the average man, their value is amplified for a shorter guy. If you’re short, the rest of your proportions are usually a bit smaller as well. This means the already-too-large off-the-rack clothing that drowns most men will completely obliterate you. Check out this shot from GQ.

The suit above is about three sizes too big, the pants are way too long, the shoulders are too wide, the sleeves are large. This kid just looks awful. There is an added downside to not dressing well for shorter guys in that it makes you look like a child. The image above makes me think of a 16-year-old boy on the way to his first job interview. He didn’t have a suit of his own so he borrowed his dad’s.  No man or woman will be able to take you seriously with ill-fitting and child-image-inducing clothing.

Thankfully, there are certain rules and guidelines that apply specifically to smaller men.

Take a look at the after picture once GQ was done helping this same guy dress according to his build.

Other than throwing on a peak lapel, the men at GQ did everything else on the list to help this guy look better. He now looks like he means business.

The last thing you should focus on if you’re a smaller guy is the size and type of your patterns. Just like excessive fabric, patterns that are too large will accentuate the slightness of your stature. Instead you should be wearing small patterns.

Here’s one last example from a recent GQ cover to show how all of this is done right. 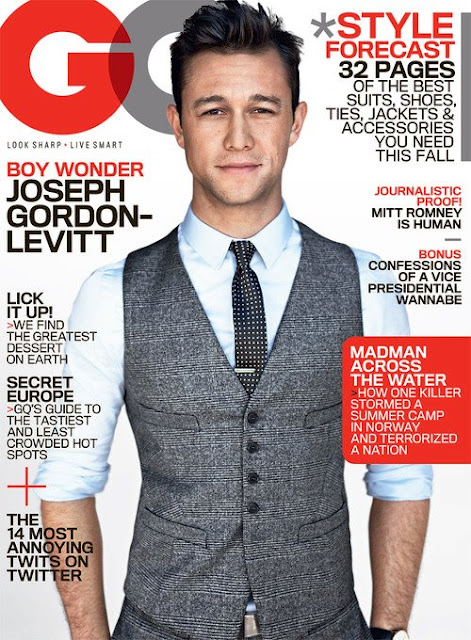 Proportions are all good here. Small tie, small collar, small tie bar. The patterns are smaller too. Notice how the buttons on the vest end a lot higher than they do on most waistcoats. This makes his whole torso appear longer and gives him more visual height (it works on a vest instead of a jacket because it ends at his waist and doesn’t affect the proportions between his legs and torso where a higher button stance on a jacket would). Rolling the sleeves makes his arms look longer. Even his hair cut being short on the sides and tight all the way up elongates his face and gives him more visual height. There is nothing short or baggy about this look at all and it’s the perfect example of what to emulate if you’re a smaller man.

The last piece of advice I can offer is to look at the bright side. If you’re shorter you probably have a smaller shoe size – which means those killer Allen Edmonds won’t be sold out in your size when they go on sale. Same goes for that online deal to try to get rid of last season’s inventory from J Crew. By having fewer men to compete with in your size, you’re able to spend less money and look better.