A silver lining to the shorter days and colder temperatures of fall and winter is that it’s a lot more fun to dress well during these seasons. Spring and summer, with their heat and its limitations mean most men (and thankfully women) are looking to wear as little as they can get away with. But once the mercury starts dropping we have a lot more clothing we need to be putting on.

With those extra layers comes the necessity of more variety. It’s easy to put on a pair of white pants and a blue shirt in the summer and call it good, but more layers means more variety and color isn’t always the best way to do that. It would look ridiculous to have color contrast in every piece of clothing you wear during the fall and winter so a great way to get some visual contrast is through texture.

Take a look at this gentleman.

There are a lot of different textures going on here – tweed jacket, wool pants, leather bag, suede shoes, knit tie, silk square. But the ensemble itself is congruent because texture is a much more subtle form of contrast. This is especially helpful to you men of a muted complexion who can be overwhelmed by having too much color contrast. Now, those of us who have moderate or stark contrasts are still going to want more contrast through colors or patterns, but we can take advantage of the texture contrast as well.

Learning to rely on texture is where you really start to set yourself apart as a well-dressed man. While most people won’t consciously think, “That guy looks so good because he mixed all those different textures so well.” they will see you and realize you’re a step above even the other men in their lives who’ve ever had a conversation with a tailor.

The key to mixing textures well is to have everything rooted in traditional men’s style. This man would look ridiculous if his blazer was silk and his pocket square were leather, along with wool shoes, and a knitted bag. Stick with the tried-and-true applications of each texture and then mix and match as you want with different items. 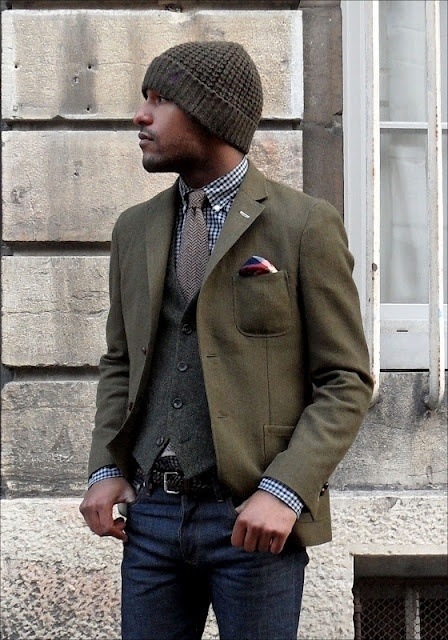 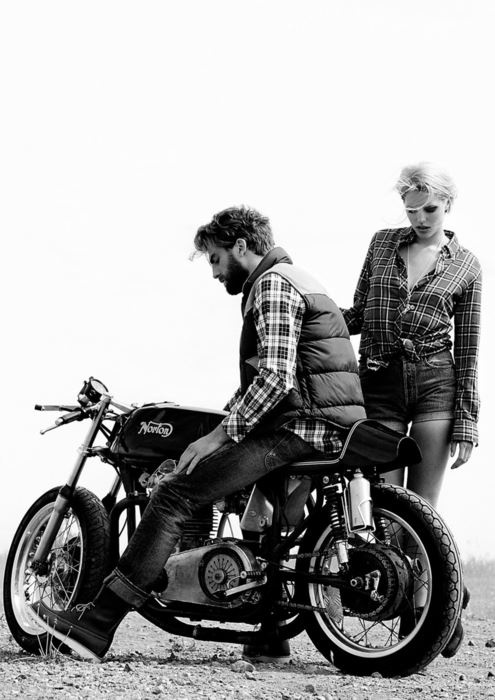 Most guys don’t think they’ll ever have to wear a tux once they’re done with high school and the prom. However, while a tuxedo is becoming increasingly rare in anything besides the upper class, odds are you’ll have to throw one on once or twice in your adult life.

I’m of the opinion that it’s better to buy a tux than to rent. For some, the idea of shelling out more than a grand for an ensemble that only sees the light of day twice over 40 years is ridiculous. Thankfully, companies are starting to make more affordable tuxedos and there’s even an option through online custom tailors like Indochino.

The history behind the tuxedo isn’t a nail biter but one of men trying to find a balance between a lounge suit (what we just call a suit) that was worn in the country by English gentlemen and the extreme formality of tailcoats that were worn after dark in the city. The dinner jacket (tuxedo) became an acceptable alternative to the tailcoat initially only for dinner parties at home, but was later popularized by men like the Prince of Wales and eventually replaced the tailcoat in most formal settings.

For this reason a man should know that a jacket with a long coat is not a tuxedo and is – in fact – too formal for anything besides a royal wedding. I shouldn’t have to comment on the costumey aspect of it as well.

So what separates a dinner jacket from a lounge suit? The details are small but they’re there.

The primary indicator of a tuxedo is satin lapels. While these can be worn on notch lapels, that particular shape is much more casual and intended for suits and sportcoats. A proper dinner jacket will have either a peak lapel or the more formal shawl lapel. These will have a contrasting satin that can be found on the lapels only and hearken to the velvet smoking jackets that were the original tuxedos.

A proper tuxedo is one of two colors – black or midnight blue. Anything else, whether it’s worn to a Snow Owl Gala or in a friend’s wedding party is tacky. Stick with these dark options. The tux is after-dark formal wear and should be worn in colors that are flattering once the sun has gone down.

A tux will have hip pockets just like a suit. However, in order to appear more formal and streamlined, these pockets will not have flaps.

If you’ve ever wondered why the cumberbund became popular, it’s actually fairly simple. A dinner jacket, just like any other coat, should have its bottom button left open (or only have a single button). Unfortunately with men wearing their pants lower and opting out of three-piece options this button stance leaves an exposed, triangle of visible shirt just above the pants (see above). This is visually incongruent and would connote sloppiness in the wearer. There are three alternatives to this issue:

There are no odd jacket pairings with a tuxedo like you can do with a sport coat and a pair of slacks. The tuxedo pants will be cut from the same cloth as the dinner jacket and have a satin stripe down the outside of each leg to match that of the collar on the jacket.

On top of the tuxedo itself you will have to adequately step up the formality of your other clothing.

Don’t wear one. A tuxedo should fit your body perfectly and that means it won’t need any extra help keeping your pants up. Most tux pants are tabbed to allow you to pull them a bit tighter once they’re on your body.

White only. You will want to opt for french cuffs and make sure that you have modest but stylish cufflinks. The placket of the shirt (where it buttons up) with either be covered – as this is more formal – or allow you to have tuxedo studs that will match or compliment your cufflinks. The collar should be flattering to your facial structure and you will want to avoid the a wing collar – the collars that are open in the back and have just a small fold to cover the front. These are appropriate for a tailcoat but are too much with a tux. Wear a normal collar that flatters you.

You can wear both a long tie or a bow tie. This should be common sense by now but I want to reiterate that a clip-on is never appropriate. If you’re going to wear a bow tie, learn to tie it properly. Dimples are a good idea. The pattern of the tie should be either extremely minimal or non-existent and its color should match the tuxedo. Contrast ties are very difficult to pull off without looking like a bad wedding so stick with simple and classic.

The more streamlined your dress shoes are, the more formal they look. For this reason you will want to stick with black oxfords. You are also going to avoid a shoe that has any contrast stitching, broguing, or wing tips. Socks should match your tuxedo color as well so a midnight-blue tux calls for midnight-blue socks.

The secret to both looking great and standing out in a tuxedo is to simply focus on looking great. Far too many men are worried about looking like they came off the assembly line when they wear a tux so they will try to spice it up. Loud socks, a top hat, a cane, crazy cuff links, and any other iteration that may run through your head should be left for another time. Wear it sincerely, classically, and unironically and you’ll look like Bond.