Back To Blog
Harvey Specter from Suits: How to Dress Like Harvey
13 August, 2014
Clothing

Unless you’ve been living under a rock, the name Harvey Specter should ring a bell. For those who don’t know, he’s one of the two main characters in USA’s lawyer drama “Suits.” The show centers around him and his genius/fraud protege Mike Ross and takes the ever popular approach of telling broader stories over series and seasons while tying up neat little plot lines in each episode.

The thing that makes Specter such a strong character is how damn confident the man is.

“What are your choices when someone puts a gun to your head? What are you talking about? You do what they say or they shoot you. WRONG. You take the gun, or you pull out a bigger one. Or, you call their bluff. Or, you do any one of a hundred and forty six other things.”

The man handles conflict and competition with an obscene amount of self assuredness and, while he’s flawed and imperfect, he doesn’t have the dark side of more popular anti-heroes like Don Draper or Walter White. In fact, as the show has progressed, more and more of Specters virtues and integrity come into play.

As can be expected, a senior partner in a top-tier New York law firm, is not going to be decked out in some Jos A Bank, buy-one-get-seven-free type suit. A major aspect of his commanding presence is the way he dresses. While a first-year associate may be overstepping his bounds by adopting the full Harvey Specter uniform, there are a few cues that can be followed to great effect when trying to appear more confident, powerful, and masculine in a suit.

“People respond to how you dress so like it or not this is what you have to do.”

There are quite a few existing articles that attempt to break down Specter’s sartorial approach, but most only touch on the surface level – and the devil is in the details. It’s pretty easy to notice the vest, spread-collar shirt, and windsor tie knot. But it’s the finer points that really make his statements for him. Here’s how to really pull it off. 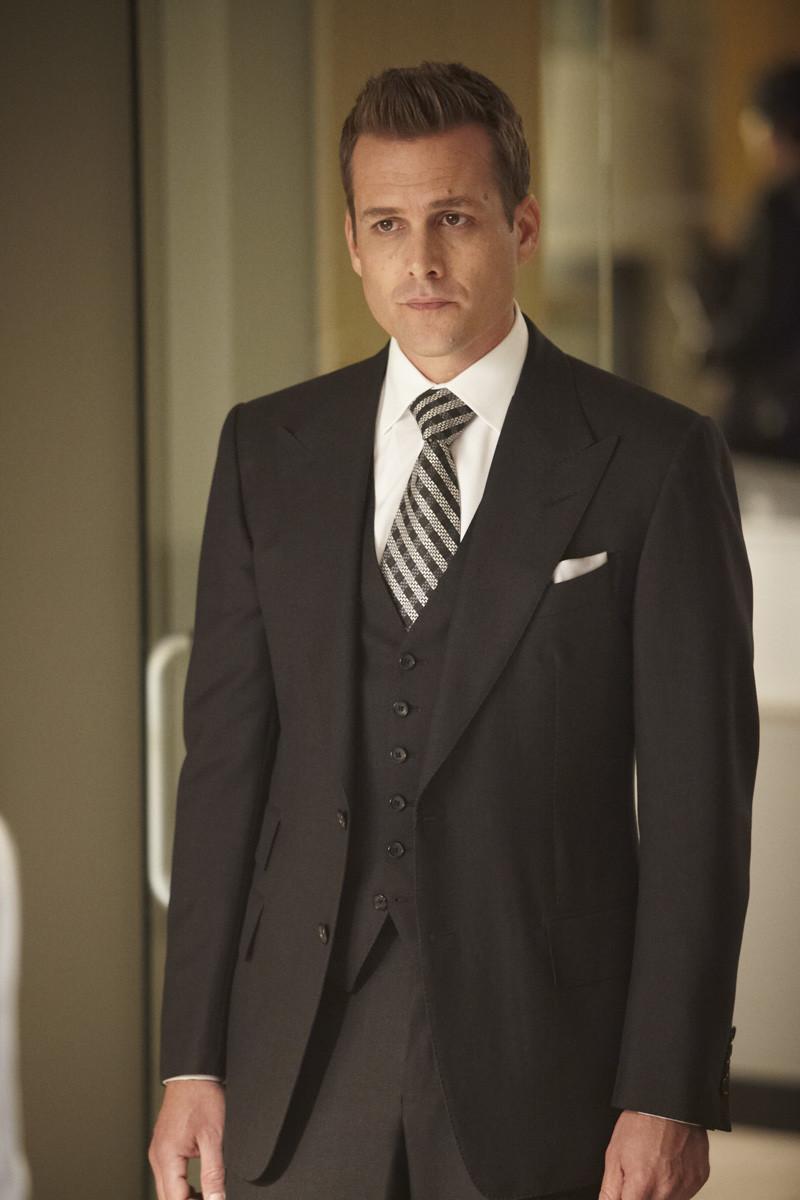 While not always the case, Specter does have a default of a three-piece suit. The vest (or waistcoat) is single breasted and always of the same cloth as the suit – which communicates a level of formality and attention to detail more specifically than a simple two-piece or a suit with an odd vest. The uniformity of the cloth also creates a stronger contrast against his shirts and keeps the attention on him, not his clothes.

The cloth is always of a conservative or business variety. While he does occasionally embrace the subtle pinstripe, the majority of Specters suits are solid, dark colors. The cloth also appears to mostly be piece-dyed – meaning it was woven as one bolt of cloth and then colored after the fact. This creates more uniformity in the color and typically a bit more sheen as well.

The fit is spot on. It follows his natural lines and allows those who see him to know he’s a man who keeps himself in shape. However, they’re not so skinny that they appear casual or trendy. Unlike the Gordon Gekko power suits of the 80’s, Specter’s suits accentuate the good of what’s there, as opposed to creating a false appearance by adding visual heft with massive shoulders or excessive cloth. It communicates a more natural presence because Specter himself looks imposing, instead of scrawny and compensating.

He almost always wears a wider peak lapel. Both the type and the width of the lapel work to his advantage. While a peak is a bit more formal, it still sits solidly within the business world. It’s more attention-seeking than a notch, and needs to be worn by a man who’s comfortable with that attention being on him. The shape of the peak also contributes to a more masculine V-taper. It visually draws the viewer’s eyes up and out, making Specter’s shoulders appear broader and helping him look taller overall. By opting for a wider lapel, this effect is accentuated even more. A narrow option would look dainty next to his naturally broad shoulders.

Other details are minimal. He rotates through suits with and without ticket pockets but never wears anything that detracts from where he wants the attention – on him. No loud buttons, contrasting button holes, elbow patches, or other more-casual details. These are strictly business suits. 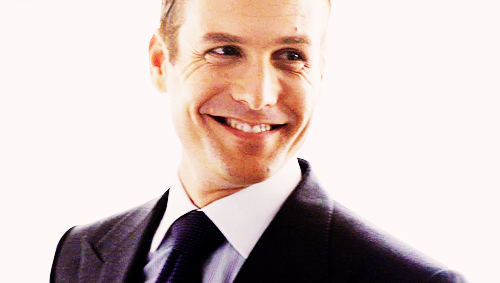 Although he does wear patterned shirts in the early seasons, he defaults more and more often to simple whites or light blues as the series goes on. This serves the same effect as the simplicity of his suits; it keeps the attention of the viewer on his face.

Not only does Specter wear a semi-spread collar, it’s tall. By looming more out of his jacket it makes everything beneath his head look larger, again contributing the V-shape most men are after when wearing a power suit. The collar’s height also allows him to wear a larger knot when he has a tie, and keeps it standing properly when he’s tieless.

Although he’s not seen without a jacket very often, the fit of his shirts is exactly as proportionate as his suits. There are no stress lines or pressure points that are indicative of a shirt being too small, but it also communicates exactly what kind of shape he’s in. 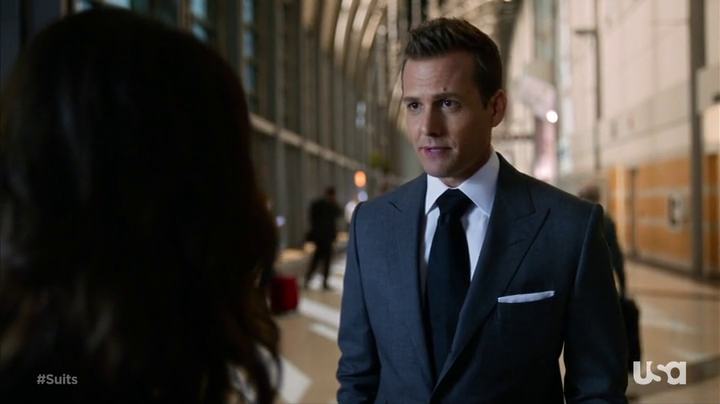 “Get your skinny tie out of my face and get to work.”

There is nothing small or slight about Specter’s ties. They are large and the windsor knot makes them take up a significant amount of space within his collar. With the four-in-hand being such a staple amongst men who wear ties more casually, the windsor or double windsor contributes to the formality and brook-no-nonsense tone that’s already been established by Specter’s suits and shirts.

While the ties’ size and knots may be bold, their color and patterning are not. He always wear silks and, while he may embrace subtle patterns or the occasional strong color like red, there is nothing distracting about the cloth chosen for each tie. Yet again, this serves the purpose of keeping all attention on Specter himself. The ties frame his face without distracting from it. 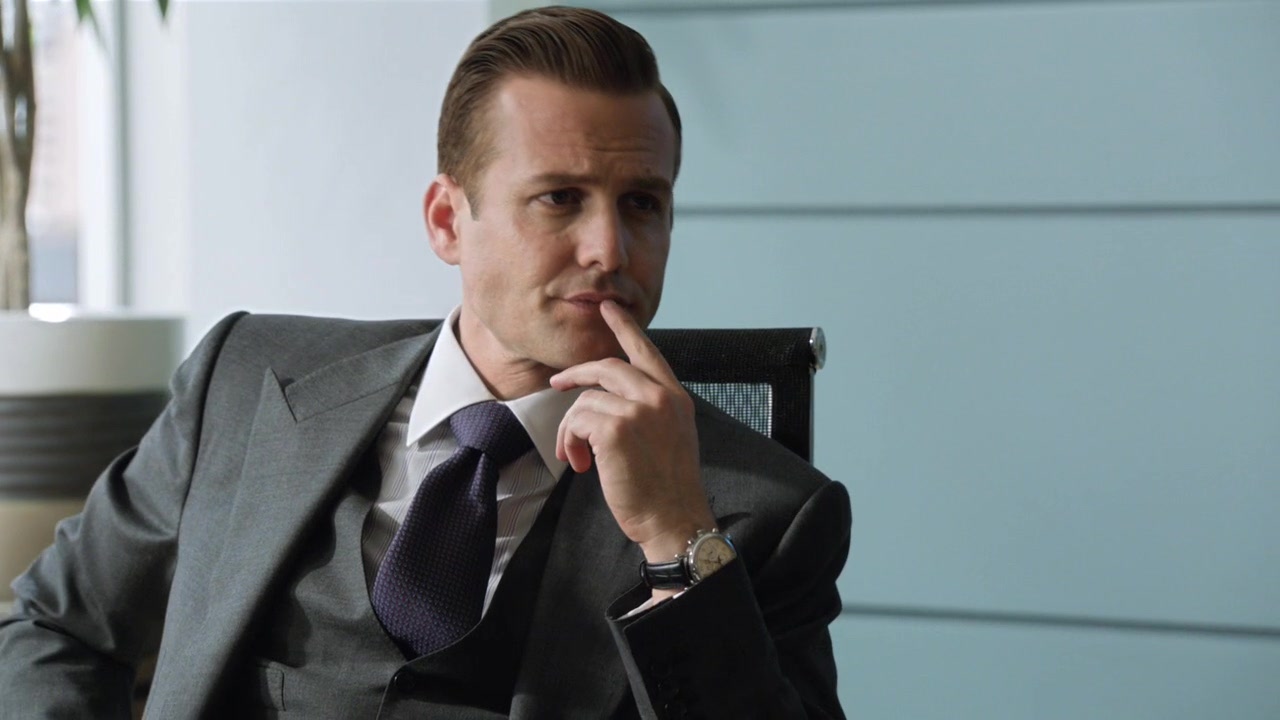 Unfortunately Specter’s hair gets worse after a couple of seasons. What starts off as a strong, Mad-Men-reminiscient side part gets swapped out for a boyish faux hawk. His earlier styles are more consistent with the seriousness of his overall appearance and his attitude.

Specter is always clean shaven. The beard is making a strong comeback for men in the Western world, but he understands the dedication and attention to detail that are expressed by shaving each and every morning.

His face isn’t perfect. He has a couple of visible moles that could most likely be taken care of rather easily with minimally invasive surgery. However, by not being too preened or pampered, he avoids looking like a sop who takes his appearance too far and relies on it alone to get the job done.

Shoes and jewelry are kept to a minimum. He almost always wears a pocket square but it’s a simple white with a TV fold that just peaks out of his breast pocket. Specter’s entire appearance is pure Refined. There is no Rake or Rugged to his business suits. By committing so strongly to a particular archetype, it shows how strongly confident he is in who he is, what he does, and how to dress for it.

Let’s be honest though, the real reason Specter is so compelling is because of the strength of the man behind the clothes. Specter’s a jerk, but he’s fundamentally a good person. He’s loyal to his friends and respectfully ruthless with his competition. If you want to learn more about how masculinity ties in with clothing, and how Specter is more than just a mannequin in great suits, sign up for the newsletter.

If you liked this post, you should check out my breakdown of how to dress like Neal Caffrey from White Collar.