Back To Blog
How to Properly Fake it Until You Make it
27 March, 2015
Clothing

Yesterday I was a guest on another man’s podcast and a question about luxury watches came up. We talked about how I am saving up for one and that it’s false advertising (on top of financially stupid) for me to put something like that on credit.

This statement led to the host asking about the dissonance between faking it until you make it and false advertising.

I gave an adequate answer, but I’ve had some time to flesh the idea out in my head a bit more and believe this is an important aspect of desiring and learning to dress better. I’ll be painting in broad strokes here because it helps to get the idea across.

Let’s assume we can somehow take all of the qualities for which men are respected and appreciated – attributes like courage, confidence, strength, honor, mastery, generosity, etc. – and bottle all of these virtues up into a scale of Admirable Masculinity.

On the low end of the spectrum, we have guys with very little Admirable Masculinity. They don’t aspire to be much, aren’t confident, don’t take risks, don’t know how to behave socially etc. On the top end of the spectrum are those who are paragons of Admirable Masculinity. They epitomize everything that it means to be a man and do so with what appears to be effortlessness.

Now, I’m certainly not the first man to look at things this way. In this corner of the Internet there are others who use the dichotomy of the Alpha and Beta makes, and those who break it down ever further into sub groups such as Gamma, Delta, Sigma, etc.

Either way of looking at this works, but let’s stick with our scale. 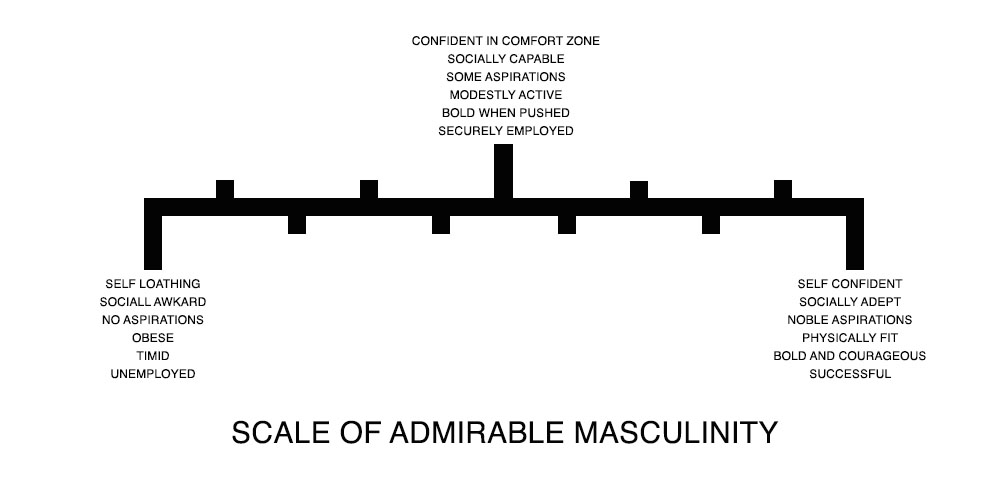 If I’m a man who is a five on our scale of Admirable Masculinity and I dress like I’m a nine or ten, the cognitive dissonance is too much and it’s apparent to everyone around me that I’m a fraud. However, if I only dress like the other fives on the scale, I can’t use my clothing as a way to kickstart my improvement. Even worse, it can keep me from progressing even as I better myself in other areas.

The sweet spot is to dress like a six or seven. There’s enough dissonance to make me uncomfortable, therefore forcing me to either dress worse or improve my level in other areas. But there’s not so much of a disconnect that I become overwhelmed. 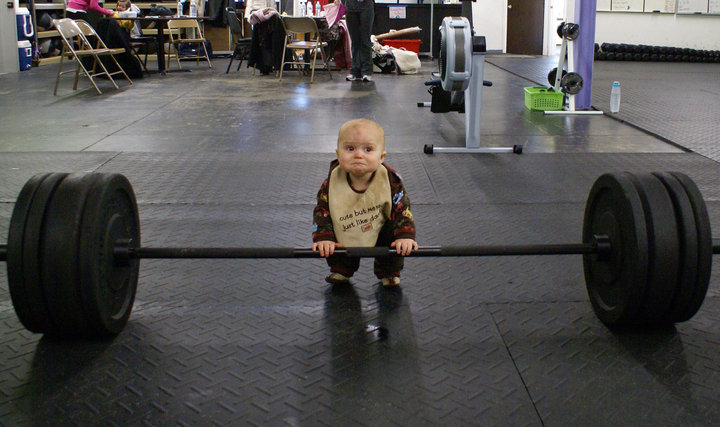 An example of this in another arena is weight lifting. If I have a goal of being able to deadlift 500 lbs, I’m an idiot for loading up the bar the first time with 500 lbs. It doesn’t matter if I have the ideal diet, proper equipment, and best coach – I won’t be able to lift that weight without working my way up to it.

At the same time, if all I ever do when I deadlift in the gym is 5×5 at 135 lbs, I’ll never reach my goal of a 500 lbs deadlift either. Without forcing myself to try to lift more weight this week than I could the week before, I’m never going to get any better.

Once I move myself up in Admirable Masculinity from a five to a seven, I won’t see any further improvement without faking it until I make it again. I won’t be more honorable without pushing myself out of my new comfort zone, I won’t be stronger without lifting more weight, and I won’t look better without re-evaluating my wardrobe and what it says about me.

It’s uncomfortable, but that’s a huge aspect of being a man. Comfort is overrated. It doesn’t mean there is never any room to relax and appreciate having moved from a five to an eight, that a man can only be content when he’s maxed out on all Admirable Masculinity. It does mean that we need to be able to be content with where we are, proud of where we are, while continuing to hunger to be better. It will take a lifetime, but that’s the purpose of our lifetime.