Back To Blog
Positive Masculinity on TV
4 December, 2011
Musings

Positive masculinity on TV is a rare find these days. I’m entertained by shows like Modern Family, the Big Bang Theory, and the Office, but none of these has any example of a good male role model I’d want my sons to look up to.

On the opposite end there are shows that portray masculine, alpha males who are entirely morally ambiguous. There’s a lot to be learned about proper frame and growing a spine in shows like Mad Men and Boardwalk Empire; but at the end of the day, it feels like you’re cheering on the bad guy half the time (because you are).

That being said, there are a few shows that I’ve stumbled upon recently that have really piqued my interest and portray positive male role models. None of them is perfect and all three are tainted by writers still adhering to the modern zeitgeist of feminism, but the good in these shows far outweighs the bad. 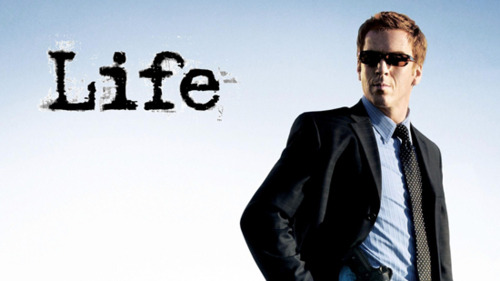 Was on NBC and only lasted two seasons – which is too bad because this is a great show. My wife and I just finished watching the entire series on Hulu and we both enjoyed it.

Life follows the story of Charlie Crews who joins the LAPD as a detective after serving 12 years of a wrongful life sentence. He was framed as a cop and sentenced to life in prison but was proven innocent after 12 years.

It follows the typical cop formula of each episode containing its own crime but still telling a larger story overall. What makes Life so good is how Charlie handles adversity. He seeks out justice on his own when the system fails him but he never loses his frame. He converted to Buddhism in prison and uses his Zen practice to always be in control and impervious to the majority of emotions that come from working in a high-stress job like LAPD homicide. Crews doesn’t bury nor does he ignore his emotions, he controls and channels them. It’s a perfect example of the balance illustrated in the saying “A man who is controlled by his emotions is a child. A man who has no emotions is a robot.”

Manly traits: Frame control, emotional control, strong sense of justice and fairness, ability to get back up after being knocked down, confidence without excessive bravado. 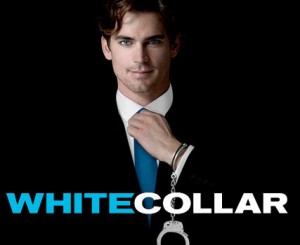 Neal Caffry is a world-famous con artist who ends up teaming up with the FBI agent who caught him. I like both of these characters quite a bit. Peter Burke – the FBI agent- is a good example of your average man who loves his wife and his job and does his best to take care of both. No flash, no complaints, just going after what he wants and doing it well.

Neal on the other hand, is a great example of a likeable cad. Woman love him, everything always goes his way, he’s handsome and dresses impeccably. (For a site about men’s style, this is the show I recommend most to step up your clothing game.) He’s also another great example of frame control. Rather than using Zen and being willing to make everyone else uncomfortable while in his own frame, Neal is the perfect example of amused mastery. He’s so used to everything working out for him, that it’s rare to see him even break a sweat. I’m only a few episodes into the series and I’ve seen him con his way into and out of a good number of situations.  These are streaming on Netflix. 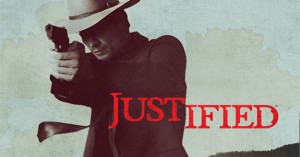 Of the three, this is my favorite. Airs on FX with season three starting in January, Justified follows US Marshall Raylan Givens as he’s sent back to work in Harlan County Kentucky. Givens is a bit trigger happy by modern standards but would’ve been considered relatively tame a hundred years ago. He’s quiet and in control. Great example of a Sigma male.

The majority of this show takes place in the sticks of nowhere Kentucky. The people are poor and have strong Southern roots. Essentially the men are men with the women being feminine in comparison but tougher than any man in suburbia. Of the two seasons already aired, there are steady recurring characters and a main antagonist with minor side stories each episode.

Givens is another great example of you – guessed it – frame control. The man never loses his cool. Guns, girls, whatever, he’s calm and collected. He’s also unhesitant when it comes to making quick decisions. He trusts his instincts and acts accordingly.

Givens is also a bit of a peacock. His trademark is slim jeans, boots and his omnipresent cowboy hat. He stands out as much in Kentucky as he would in California in his get up, but he pulls it off well and owns the style. He wears the clothes rather than letting his clothes wear him.

There are a lot of similarities in these three shows besides the fact that they’re all cop shows (just realized that as I started typing this article). The most obvious is that these men are in control of themselves and it helps them exert control over the world around them. They do not let other people get under their skin; and if it does happen, they don’t show it. In their interactions with enemies, women, and superiors they all bring people into their world and their frame of mind. It’s a constant DHV.

Another glaring similarity is their confidence. While all three gained their confidence from different experiences, they all have confidence because of experience. These are men who know what they’re capable of and act accordingly. They’ve had their teeth sharpened and don’t live in the world of the hypothetical. They’ve taken risks with both failure and success as the result. They know what they’re made of and won’t be treated with any less respect than that worth.

While Justified is my favorite, any one of these is great for a lazy Sunday or an evening before hitting the sack. And while life isn’t like TV or the movies, there’s a lot to be learned from these characters and how they act and react to their given situations. Let’s hope TV keeps giving us a few gems like this to help temper all the other garbage out there.