Back To Blog
The Emperor Has No Clothes
4 September, 2013
Clothing Musings

I don’t get political on here very often – and a large part of that is because I believe our current, two-party system is really just two factions of the same club, and both are more interested in furthering their own interests than in protecting the Constitution they’ve sworn to uphold.

One thing that’s been more than a little caution inducing is the existing climate in which it is almost impossible to express any criticism of the current president – because Racism!!!. The irony is that half of the crap Obama is praised for is used to ridicule other men from other parties (and even his own). Does anyone remember the GQ brouhaha about Paul Ryan’s style and how he really needed a tailor? It was true, the man looked like a joke. But the implied and spoken contrast was that Obama himself was the cool, Gen-X, well-dressed man who was already improving the appearance of Washington. I even remember one pundit saying one of the reasons the Obama’s were so great was because you could actually imagine them having sex (unlike the icky Bush’s).

If Ryan and Romney were the goofs of menswear, Obama was its political ambassador. However, in their fever pitch, the Cathedral forgot to notice that the emperor has no clothes, and Obama really is as dorky as his competition. I present the evidence. 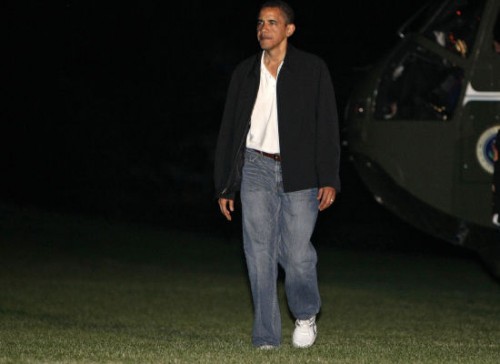 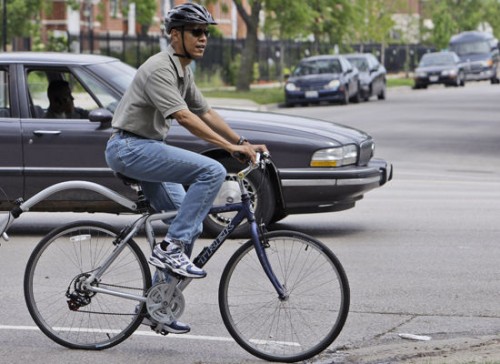 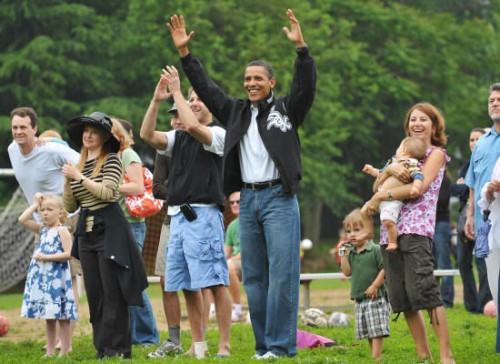 And, lest you think it’s just his casual game that’s hurting, I give you a belt clip and pleated pants. 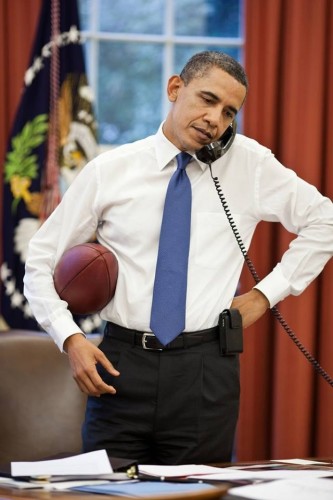 This is not a criticism of the man’s politics, his background, or his end game. It’s a criticism of every person who refuses to see the reality that’s in front of them. If you’ve had enough of the kool aid that you believe this man is a paragon of cool-guy style, you’re clearly trying to see something that isn’t there. And if you’re lying to yourself about his appearance, what else are you failing to see?