Back To Blog
Health and Strength
4 February, 2014
Health

As I mentioned at the beginning of the year, one of the new topics I’m excited to start tackling on the site is one of health and strength. Obviously the concepts aren’t new to me and shouldn’t be new to anyone, but my revived focus on it is. For now, the plan is to do a health-related article as the first post of each month. The reasons for this are two-fold. One, this is still a style blog, and – while a physical aesthetic is something that is an important factor in a man’s style and being strong and capable is an inherent part of masculinity – there are other blogs more focused on this particular topic. Two, I’m no expert in this field and will be writing more from the perspective of learning as I go rather than teaching. I’ll get more into my own history with diet and exercise in next month’s post. Today I want to focus on why it even matters.

The link above will take you to a guest post from a few months back about how a man’s style is affected by his physicality. I agree with all of Manny’s points and still stand by that article. However, the purpose of both health and style is to enhance a man’s life. If either of those, or really any other niche focus, becomes the primary reason a man gets out of bed in the morning, it’s time to do some reevaluation. 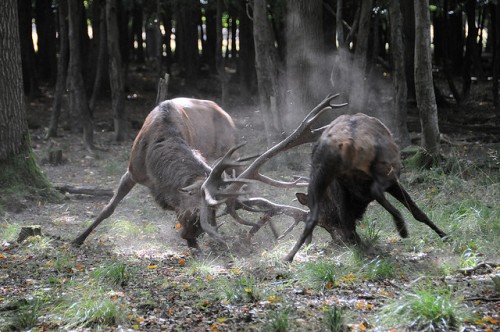 So I want to start this post off with a question. It’s one I’ve asked myself and I’ve only been able to come up with one answer.

How many men do you know who are both intellectually and physically trained and formidable?

I don’t mean men who you chat with online or are aware of. I mean, how many men do you interact with, face to face, on a regular basis, who fit that qualification?

I asked my wife that question the other day while we were driving and we had a hard time coming up with more than one answer. I know plenty of men who are intelligent – one or two standard deviations above the average IQ. They’re ambitious and are able to shape the world around them by influencing men and women. However, some are overweight, others are frail, and others are skinny fat. Most of my associates who are men of intelligence are either at or below average when it comes to their physical ability and have declined from what they were as teenagers.

To the opposite effect, I know a few men who are great examples of strength. They are dedicated in the gym and the kitchen and their bodies reflect that from both a capability and aesthetic standpoint. Many of them are even very smart. They’ve graduated college, have decent jobs, and could spout off obscure facts about macronutrients and how the body works. However, none of them have dedicated the same amount of time to building their minds as they have to building their bodies. They don’t read as often as they work out. They don’t ask the question “why” very often, and they don’t take as much pride in their minds as they do in their bodies.

After looking at all of those factors, my wife and I came up with my friend Gary. I’ve known him for ten years now and when we first met he was as chubby and soft as they got. He also was naturally intelligent and capable, but – like me – was young enough that building intelligence was a more formal pursuit than personal one. He’s now one of the deepest thinkers I know and has the strength and build that most men envy and most women admire.

That’s it though, of the hundreds of people with whom I’m in contact, only one had vigorously pursued growth in both the physical and intellectual realms. I don’t even fall into that category. I’ve been skinny fat myself for the last ten years. I’ve always prided myself much more on my intelligence than my physical capability.

I believe that the current state of the West sees most men feel that one value is inherently more important than the other. It’s why we see sniveling intellectuals who will call any sense of traditional masculinity archaic, outdated, and misogynistic. It’s also why we see thundering meat heads who are unable to control their temper and emotions and believe the answer to every slight is a physical altercation.

Whether it’s an intended or unintended consequence, I believe this is a direct result of the modern malignment of masculinity. Men who are truly formidable and followable are those who seek to improve and perfect themselves in all arenas of their lives. When a culture creates a polarity of manliness and pits the two camps against each other, it’s a way to keep them constantly fighting amongst themselves and prevent them from becoming threats to the status quo.

A well-rounded man is one who isn’t intimidated by the slyest snakes or the most brutish beasts. He has learned to handle himself in all arenas and is free to shape his own life.

Both intelligence and strength are naturally a part of who we are as men. Both are tools by which we can shape the world and conquer nature. Both are means to accomplishing, conquering, providing, and improving.

Socrates was obviously known for who he was as a philosopher, not as an athlete. However, men of the past understood the connection between mind, body, and spirit and worked to improve all three. All major religions have had a focus on what’s good for the body, along with what’s good for the mind and the soul. If we choose to build one to the neglect of the other, we’re cutting ourselves off at the knees.

This is obviously something I’ve been guilty of and I’ve repented. My goal is to be a man who comes to mind immediately when someone asks about knowing a man who is both strong and intelligent. I have a long way to go, but I’ve been encouraged by the progress I’ve made.

To that end, I’m going to finish off this post with a little poll. While I’m no specimen of peak physicality, I am making improvements – both in how my body looks and what it is capable of doing. If you want, I’m willing to post progress photos and update stats as part of the first newsletter I send out each month. You’ll have to subscribe and I’ll have to get enough people who want to see this progress. So please respond to the poll below.

If I can get 200 responses in the affirmative by midnight on March 1st, I’ll include that info in the upcoming newsletters. If not, then you’re all lucky you won’t have to see my furry chest each month.