This episode of Style In Real Life is about a man who owns the YouTube market of men’s clothing and grooming.

He has well over 2 million subscribers, deserves every one of them, and his name is Aaron Marino

The Man Behind the Channel

Unlike other men I’ve covered in the past, Aaron is a personal friend and a man I’ve worked with and looked up to for a few years – so I won’t even try to attempt any distance or objectivity as I talk about him and his style.

If you would have told the 16-year-old Aaron he was going to build a career by talking to a video camera about style, grooming, and fitness he would have laughed you out of the room.

Because his only desire as a teenager was to run his own gym.

And run his own gym he did – in fact he had a few of them. However, as is all too common, Aaron ended up having some less-than-savory partners and had multiple ventures crash and burn.

As I’ve heard him tell his story in person, the frustration and emotion of watching his ideal crumble around him is still apparent.

But thankfully, he’s not one to wallow in misery and instead – chose to adapt and make a living for himself another way – a way that he now embraces more than anything else he could be doing.

He started his journey of becoming the influencer he is today by doing some one-on-one consulting after a coworker asked him for some style advice for an upcoming date. Aaron was more than happy to oblige and quickly learned that, not only did he have a knack for this style stuff, but there were plenty of men out there who both wanted and needed his help.

He created his first video in 2008 after receiving a video camera as a Christmas gift from his wife. Turns out, he’s a hard man to shop for and a video camera was purchased less because he was anxious to start a channel and more because he already had everything he needed.

Unlike a lot of popular YouTubers out there – Aaron didn’t see a quick rise to the high subscriber numbers. In fact, it took him years to break the 100,000 barrier.

However, once the momentum got going behind him, and once he truly found his voice in all of the topics he wanted to cover – his growth rate has been a blast to watch.

With two appearances on Shark Tank, thousands of videos on his website, and the multiple other ventures he has going for him, Aaron is a busy and energetic man.

So now that you know about more about him, let’s talk about his style and how it’s contributed to his success.

One of my favorite things about the way Aaron dresses is that it’s hard to peg him with just one Archetype – but more on that at the end of the post.

He can look just as comfortable and confident in a suit as he does in a leather jacket and some boots.

While you may think someone who runs a style channel has had it figured out from the beginning, I can tell you from my own experience and from speaking with Aaron, that this is rarely the case.

When he first started out, Aaron made it a point to go buy a bunch of dress shirts and sport coats. He, like most of us, thought he had to present the well-suited image in order to be treated as a credible resource on YouTube. And that remained his “uniform” for the first four or five years running his channel. 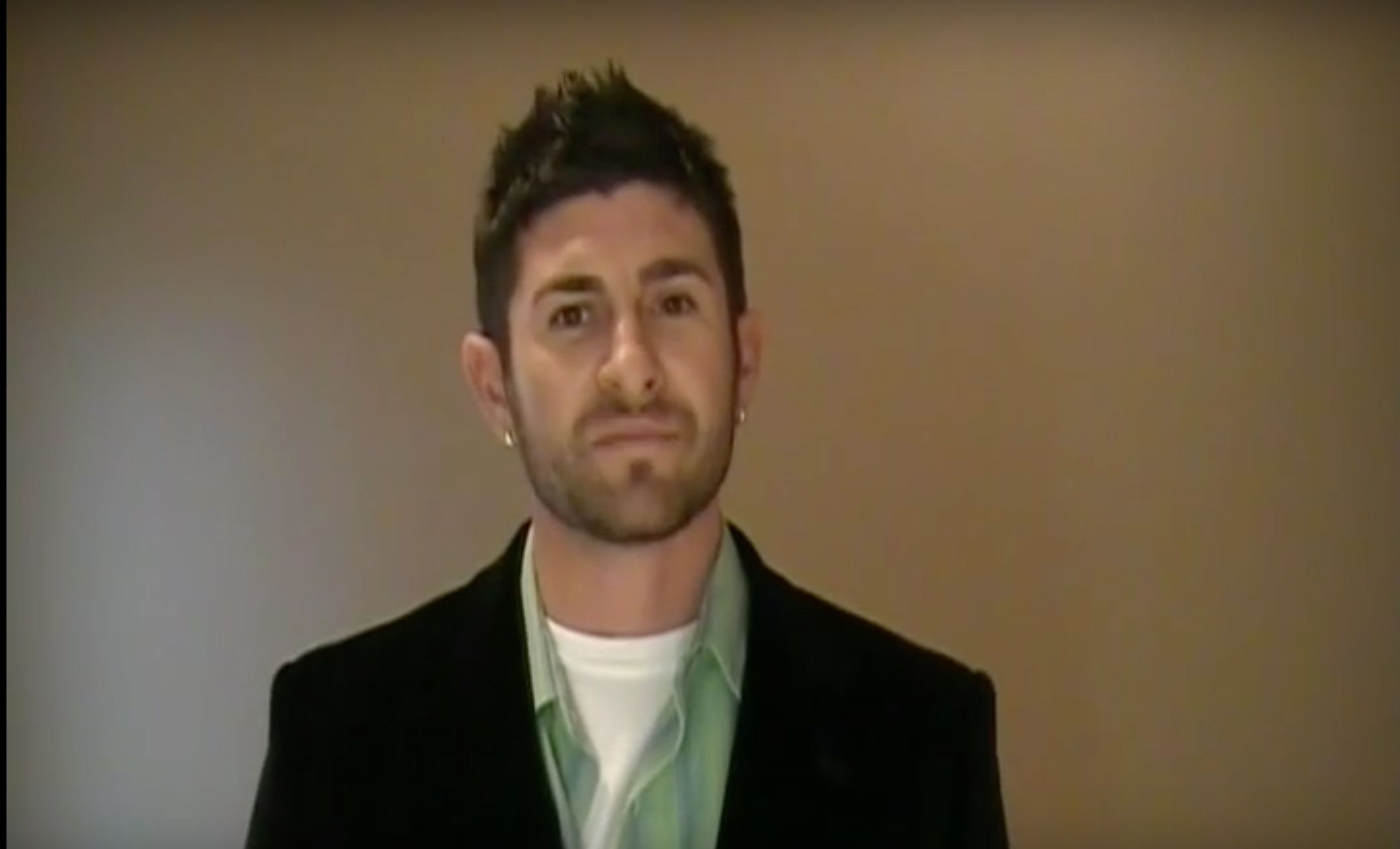 However, he slowly began to drift to a look that was a bit more casual and has now even landed on his own staple – a black V-neck T shirt.

Now, you may be thinking that a decision like this is the antithesis of style, but in Aaron’s case, it makes perfect sense. 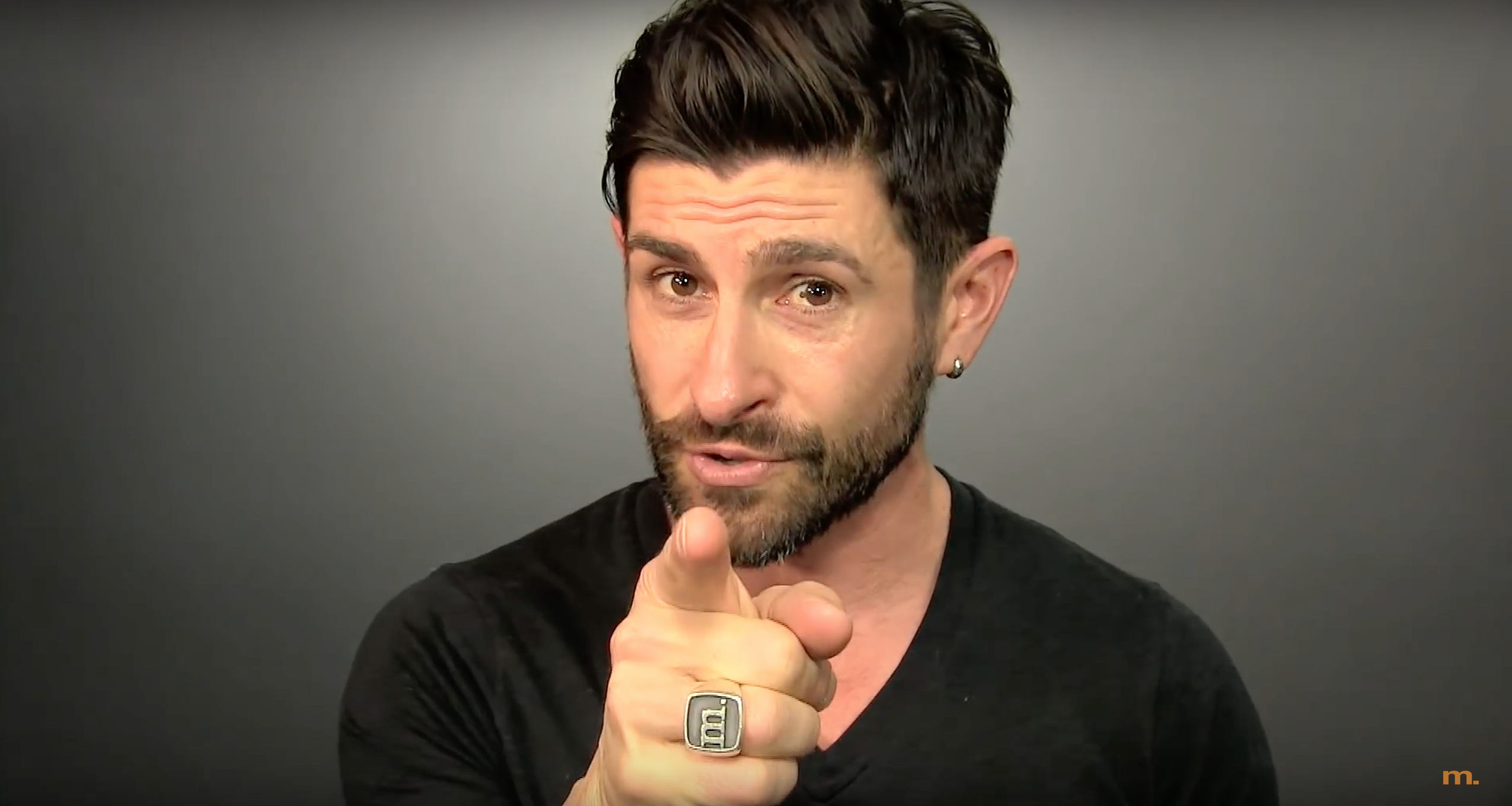 The big reason this is a good move is because it’s a non-polarizing outfit. You don’t get to over 2 million followers by being incredibly niche – especially when the topic of men’s clothing is already a niche in and of itself. Aaron’s goal has been to get his message out to as many men as he possibly can and one of the ways to help accomplish that goal is by wearing something that looks good but isn’t overkill.

The second reason is because it’s more consistent with who he is and how he lives his life.

Don’t get me wrong, Aaron wears a suit incredibly well – better than a lot of men. And he also wears it comfortably and naturally. However, unlike a lot of menswear influencers out there, Aaron understands that the average man isn’t interested in wearing suits all the time but still wants to have his wardrobe improve his life.

By not branding himself as a suit-only guy, he’s more likable and relatable to his audience – two traits that go a long, long way into creating a successful channel.

He does switch it up and this usually comes in the form of a henley, a black leather jacket, and the occasional suit, albeit without a tie.

It’s all part of what he considers himself to be – the everyman style consultant.

He very intentionally dresses and acts more like he’s a buddy who’s helping you dress better, as opposed to a stiff, formal style consultant.

Now we can’t talk about Aaron’s aesthetic without addressing the most obvious component – his earrings. 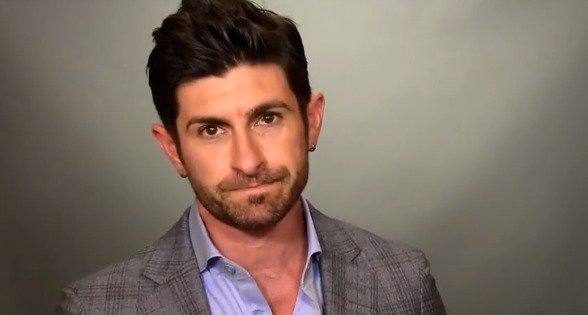 What was an incredibly popular style – especially amongst the anti-establishment crowd in the 80’s and 90’s. While they’ve fallen by the wayside over the past decade, they were more than just a trend for Aaron.

In fact, he told me that they were the first way in which he truly expressed himself and tried to look different than the kids around him. He got them when he was in the sixth grade and hasn’t gone without them since.

Not only did they help him separate himself from his peers, they were also a way to emulate his father, who has an earring of his own.

He continues to get a lot of heat for wearing them – especially because they can be so polarizing. But ultimately, they’re too much a part of who he is and he likes wearing them too much to get rid of them.

Which illustrates the right balance between dressing in a way that jives well with others while still maintaining elements of your own taste or personality with your clothing.

He can get away with the earrings because everything else is so neutral and dialed in.

Of all the men I’ve covered thus far, Aaron’s Archetype Ratio is the toughest to nail down.

I’ve personally seen him embody all three Archetypes and do so comfortably and naturally.

However, he does have his own tendencies and preferences so here’s where I’m going to put him.