Back To Blog
Back to School: The Jacket
6 August, 2012
Clothing

It may not seem like it now, but the weather is eventually going to get cooler and one of the best style upgrades you can make is trading in your hoodie for a decent jacket.

I’m not talking about winter coats – though you’ll eventually want one of those too. I’m talking about a jacket that you can wear when things are cool without being cold. Something that will look good at homecoming games and when you’re tailgating.

Just like I did with the post on shoe upgrades, we’ll start with the most casual option first and then work our way up from there. 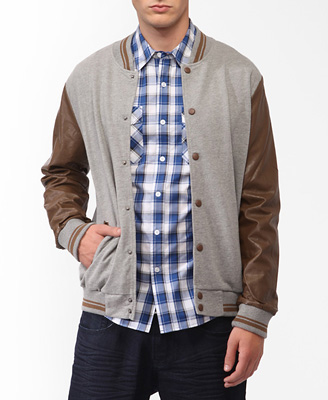 A baseball jacket is fitted on the waist and the cuffs, can button or zip, usually has a fitted collar, and traditionally had sleeves that contrasted with the body of the jacket. These are still worn by coaches and have a very distinct Americana feel to them. They’re also going to skew a lot younger so I suggest a high-school guy who wants to upgrade from a hoodie but isn’t ready for a sport coat go this route. 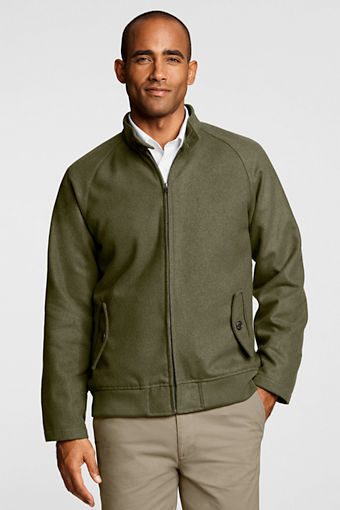 These are similar to baseball jackets but have a few small differences. Traditionally they had flaps on the pockets, they aren’t as fitted in the waist and cuffs, and they have a double-latch throat closure which also gives them a bit more of a collar. They also look a bit older and I would recommend them for someone who’s a junior in college or older. You’ll look too old if you wear one of these in high school. 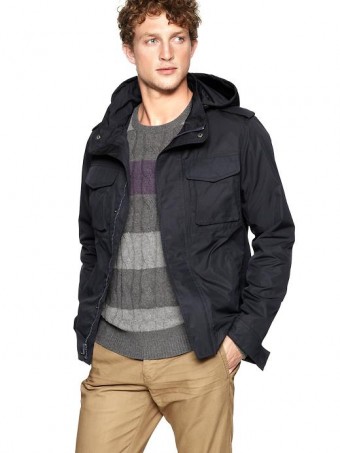 The roots of this style of jacket should be fairly obvious. They’re typically made of nylon and have cargo pockets. Some come with detachable hoods and others just have a collar. Anything military is going to look rugged, masculine, and High/Low so a military jacket is a great bet. No age range on these. You can get them in junior high and wear them when you’re 80.

For the well-dressed rebel, there are few things better than a form-fitting moto jacket. These fit like a glove in order to cut out any drag on when you’re on your bike and it gives them a rakish aesthetic. Obviously the price point on something like this is going to be a lot higher but it’s worth the investment – especially if you do ride a motorcycle. The best way to find a deal on these is through eBay or your local craigslist ads. You should also know that a good tailor is just as capable of altering the fit of a leather jacket as he is with something of a different material. 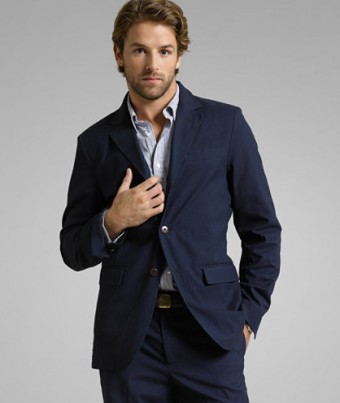 I’ve already covered this in one of my Staples posts. Basically, if you’re done with high school, buy one of these. You will wear it all the time and it will help you transition from looking like a boy to looking like a man better than almost any other article of clothing can. 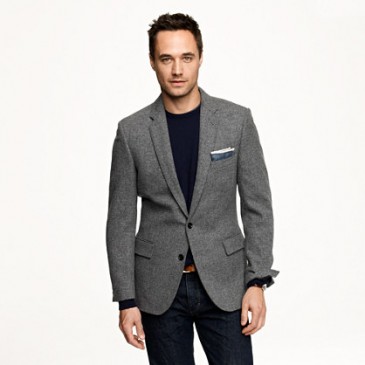 This is the last one on the list. Obviously a tweed jacket is going to be very seasonal. It’s Autumn and Winter only. The cool thing about this material is it looks very collegiate and it wears warmly so you can go much later into Fall without having to throw on an overcoat. If you don’t want to look like a history professor, make sure you pair it with a pair of dark, slim jeans and some good boots or any of the other casual shoes I brought up last week. Don’t be afraid to wear this thing hard as they were originally made as sportswear for when men were out in the British countryside hunting.

Yes you can still wear your hoodie to the laundromat or the grocery store. But when you’re one your way to class, the game, or out with friends throw on one of these. You’ll look better.