In the second installment of Style in Real Life I’m going to break down the style of one of the most unique, interesting, and intentional men on YouTube.

Casey Neistat is a daily vlogger who has had no small amount of influence on my own channel, along with thousands of others who have tried to make an impact on YouTube.

And he dresses in a way that contributes incredibly well to understanding who he is and what he’s about.

He’s been making films for years and just recently had one – in which he snowboards behind a jeep in the middle of NYC – go viral.

And, while he wants you to think it’s a random, hodgepodge mix of different variables, it’s all very deliberate and intentional.

So let’s start with Neistat’s most recognizable features and work out from there. 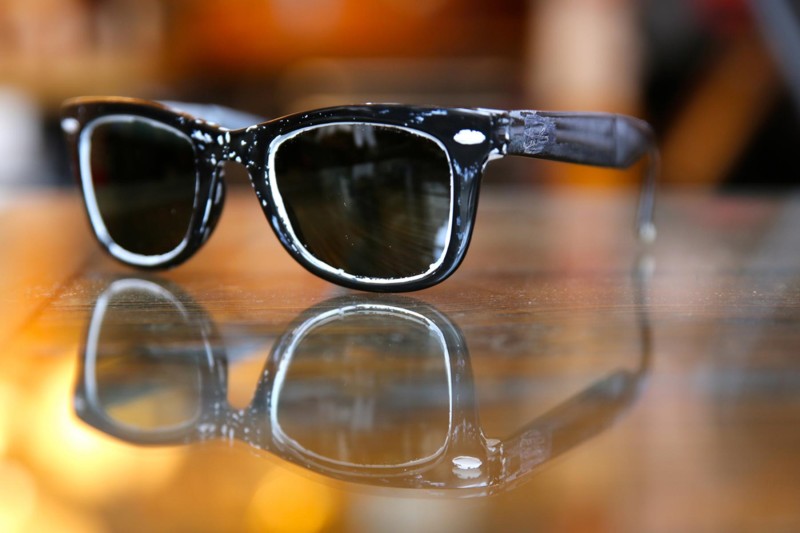 The most prominent article of clothing that shows up in nearly every one of his videos, is his custom pair of Ray Ban wayfarers.

While they serve a functional purpose – they allow him to watch himself in the screen, as opposed to looking in the lens, while still maintaining the illusion of eye contact – they’re so much more than that.

They are intentionally beaten up and he invests no small amount of time in customizing them so they look as trashed as they can.

While the original look may have been something that happened naturally and organically – every subsequent pair goes through a creation process designed specifically to make them look custom, well-used, and ill cared for.

Which is another aspect of Neistat’s overall aesthetic. 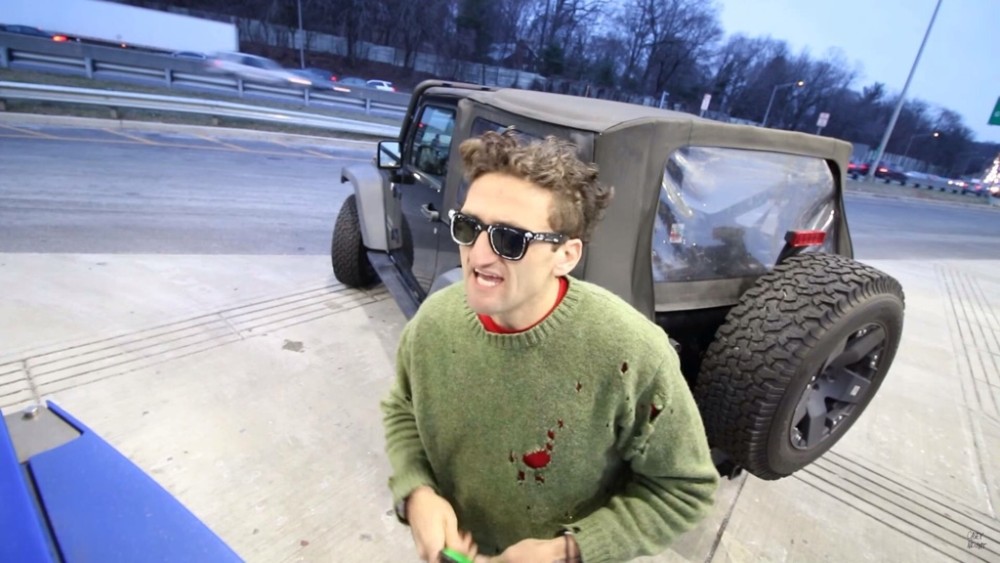 A significant portion of his wardrobe consists of thread-bare items that look as if they’ve seen better days.

Not most – but still a good portion of his clothes – especially his jeans – are full of holes and show off a lot of distressing.

And not the faux distressing found at the mall – the real deal that comes from treating clothing as fungible, replaceable items.

To a man like Neistat, the appearance of being too neat, too put together, too concerned with his appearance – all runs counter to two major parts of the image he wants to portray – that of a man who focuses so much on function that it comes at the expense of form and that of a free spirit and artist – someone who is defined by a refusal to color within the lines.

Not only does Neistat understand this – he uses it as a way to increase his branding.

Not wanting to be a shill for any particular brands, he goes out of his way to cover, remove, or destroy any logos on his clothing or his gear.

Neistat doesn’t care (or at least wants you to think he doesn’t care) that his coat is made from Canada Goose, his sunglasses come from RayBan, and his cameras are all Canon

While he never denies the brands that create his products, he does go out of his way to hide any affiliation or loyalty to them.

It’s an intentional move. It takes time to tape over jacket patches, grind out resin, and scrape off stickers.

If he truly didn’t care – he wouldn’t do anything at all – just leave the branding alone.

But he cares – just from a point of negative association as opposed to one which is positive.

Neistat’s style is deliberately casual – which I believe is a result of him being part of generation X.

Not only is he part of a different generation than many of his viewers, he was forced to grow up quickly as a result of an admittedly rough relationship with his parents and having his own kid at a very young age.

As a result, Neistat is more likely to see the world through the lens of rebellion against the Man – tropes that started with the Baby Boomers and carried on through movements like the punk and skate culture of the 90’s and early 2000’s.

I’m just a few years younger than Neistat myself and identified with a lot of these same ideals as I was growing up.

For guys of this mindset, there is nothing more restrictive, boring, or oppressive than the safe corporate uniform of a dark suit and tie.

And, while he may occasionally wear a suit or even create a film advertising one, Neistat always wears his suiting as casually as possible.

Skinny ties and lapels, extra small collars with the top button often left undone, and a pair of sneakers – as opposed to dress shoes – are his suiting mainstay. 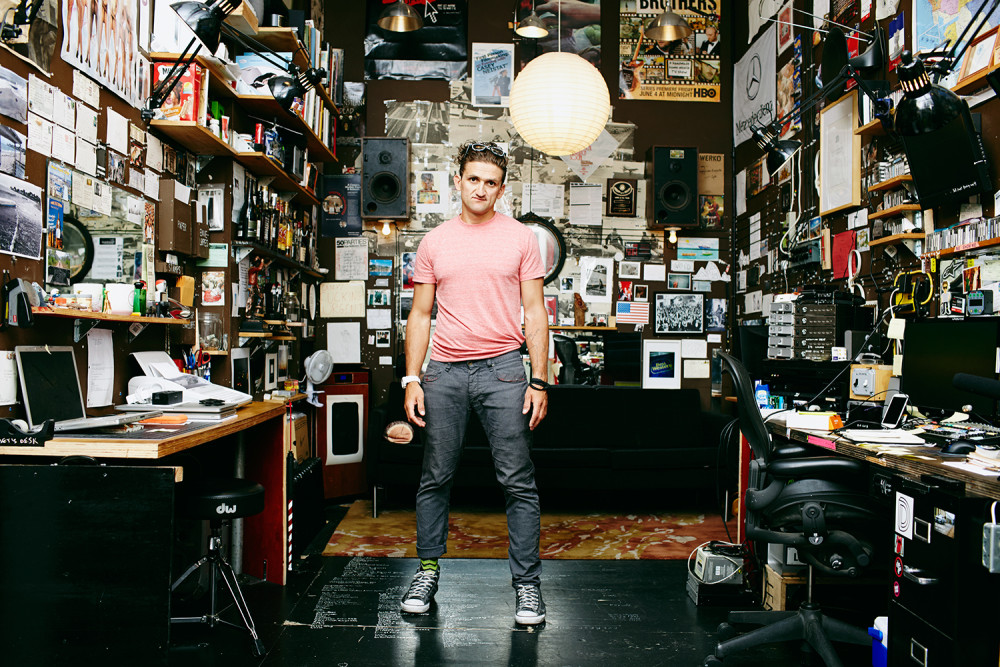 While he will wear a suit when he has to, his daily bread and butter consists of

Neistat also both embraces and defies the negative – nerdy connotations that come with wearing a fanny pack or cell-phone belt clip, and keeps a point-and-shoot camera holstered on his belt at all times.

Even his tattoos and their apparent random placement are all designed to look as unplanned as they possible.

If they were too neat, too planned out, or too well-placed, they wouldn’t contribute to his brand – they’d detract from it.

And don’t think that Neistat isn’t a fan of order and organization.

Just take a look at his studio tour video and see how meticulous he is about labeling items, organizing them, and even removing things like cable clutter that most of the rest of us deal with.

Neistat is a man who enjoys order – but only when it’s his own personal version of it.

His hair, tattoos, hand-written identifiers, casual approach, and beaten up clothes all contribute to one overall aesthetic

It’s the life he leads and the message he sells.

Neistat tells a story with his style and I want you to do the same.

Learn the how men throughout time and across all cultures have use their clothing to communicate specific, masculine virtues and tell stories that lead to more success, happiness, and fulfillment.