While this advice applies to any man, I’m specifically talking to those of you who will be entering a completely new situation this Fall – whether that’s going to college for the first time, starting an internship or new job, or moving to a new high school. As humans we tend to take our time and feel out the water first before we really dive in to any situation. I understand the philosophy behind it, but there’s a more masculine way to handle things. 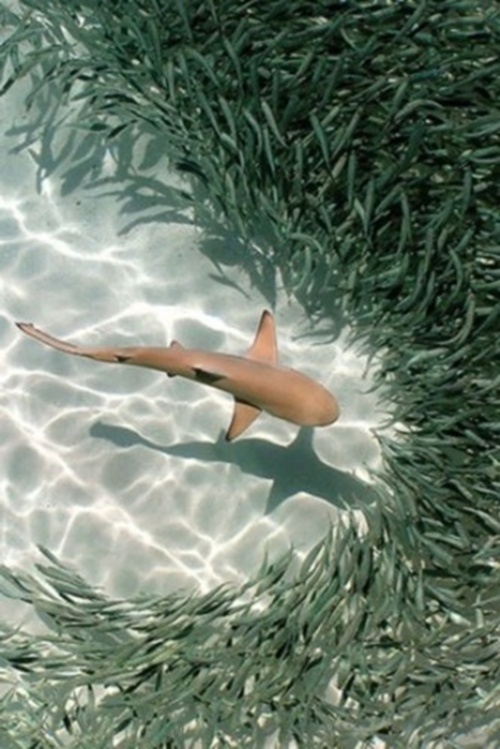 When you head to your first day of class/the new job/that internship  go in like a shark into a school of fish. I’m not a blank-slater but I do believe that the majority of people are inherently good. That being said, I also believe that the majority of people are happy and content being a fish who fits in with the rest of the school. It seems our world is continuing to value uniformity and safety more than uniqueness and freedom and this just makes the contrast of a shark that much more apparent.

You will have people who resent you. Being a shark will win you friends and respect but it will also get you enemies and hatred. You have to be willing to handle both. A fish in the middle of a school doesn’t have either – he just is. I don’t fault people for taking that route, but this site is geared towards men who want to be the shark.

For me the hardest thing about being the shark is that there is no time off. He can’t turn into a fish when he’s lazy or doesn’t feel up to hunting because he’s already established himself as the shark. It’s an all or nothing situation and you have to commit to it. But, if you’re up for it, the rewards are so much more than you’d ever get by just fitting in at school.